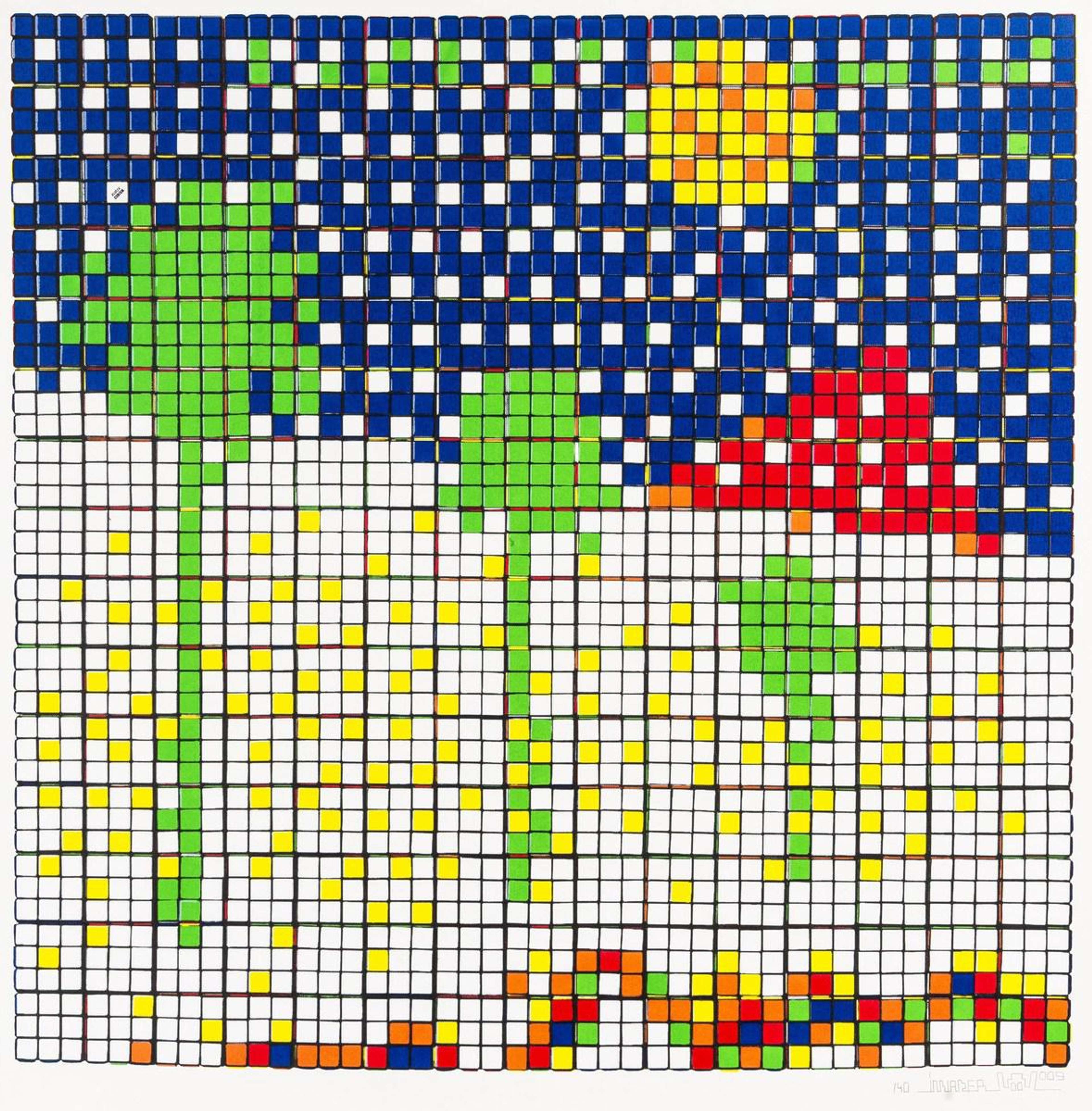 This signed screen print from 2009 is a limited edition of 40 from Invader’s Rubikcubism collection. The horizontal print is diagonally divided into two sections. It represents three green palm trees standing on a desert landscape, here signalled by the use of white cubes, together with a red pyramid depicted in the background and a bright yellow sun completing the depiction of the desert oasis.

The print represents Invader’s rendition of the Cure’s first album, Boys Don’t Cry, released by the English rock band in 1980. Invader appropriated the album cover through his famous Rubikcubism style, using dozens if not hundreds of Rubik Cubes twisted accurately to mimic as closely as possible the original cover. Made in 2009 for the Top 10 exhibition at Jonathan Levine Gallery, the piece is part of Invader’s larger series Low Fidelity, where the artist engages with his top 10 favourite music albums. The series was presented at Lazarides Gallery in London in 2009 and paid homage to bands such as The Velvet Underground, Roxy Music, and singers of the calibre of Michael Jackson.

This was not the last time Invader engaged with the world of music. His love for rock and pop, particularly, is also evidenced by his rendition of David Bowie’s Aladdin Sane cover, which he translated in the guise of a Space Invader. Vibrantly colourful, this print attests to Invader’s artistic skills, as well as to his desire to constantly bring the world of music into his works.