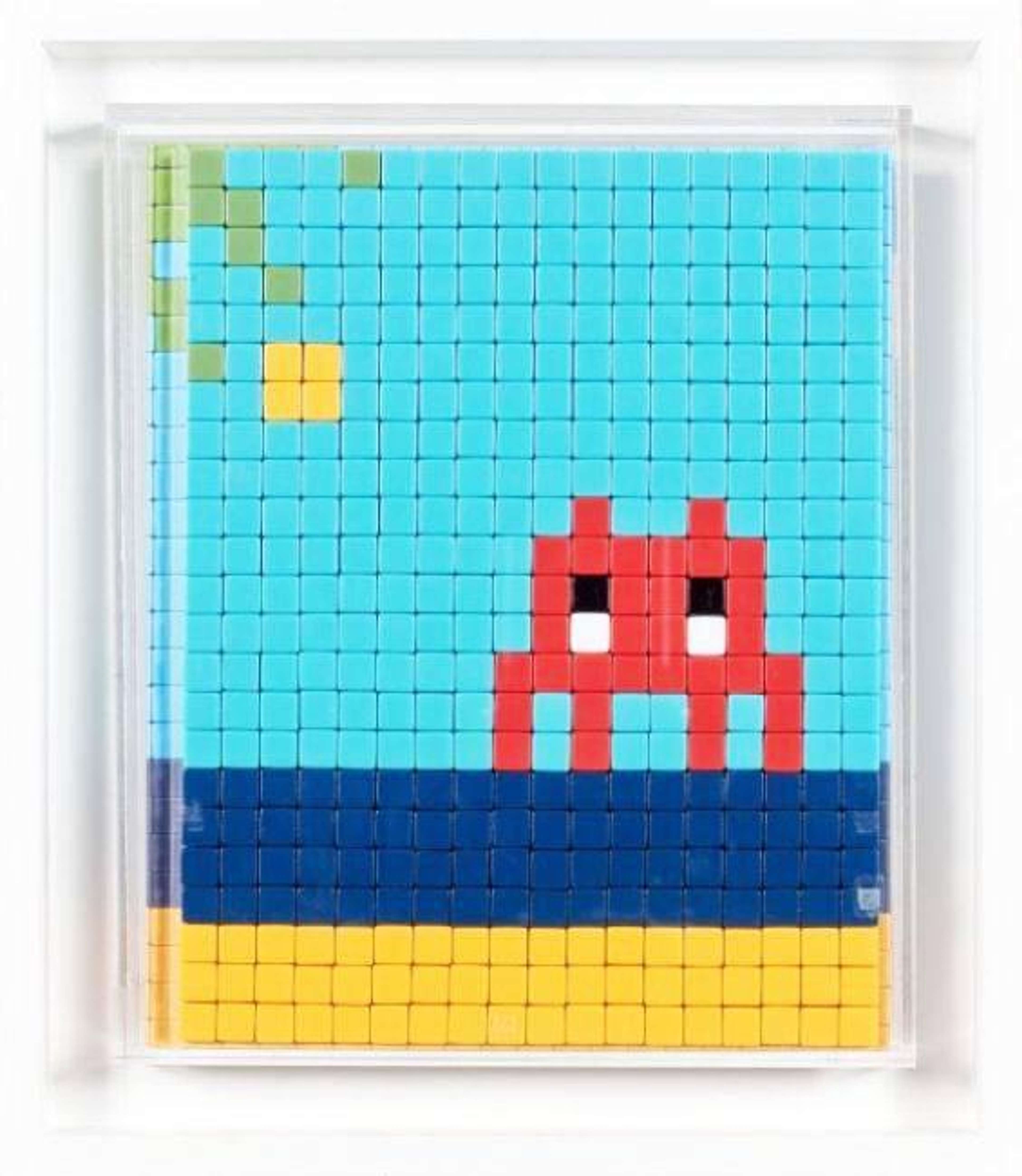 This signed mosaic from 2012 is a limited edition of 50 from Invader’s Mosaics series. What seems at first like a simple vertical mosaic made of ceramic reveals itself as a book cover, introducing the Invader’s Mission Miami book. The ceramic cover depicts a red-tiled Space Invader, who looks up to the sunny Miami sky.

The book introduced by the cover is one of Invader’s Invasion Guides, Mission Miami, where the artist recounts his process of invasion of the city in full detail, reporting on the logistics of his urban interventions, as well as his methodology. It presents the invasions in Miami and the project "Art4Space" by Invader.

In addition to releasing the book, Invader decided in 2012 to release a limited edition of Invasion Guides covered with a unique mosaic of real tiles. The cover was made in 50 different variations, each portraying a slightly different Space Invader, and echoes Invader’s print Repetition, Variation, Evolution, where Invader displayed his full range of pixelated characters. Seen as a sequence, each cover modifies and adds to the last one, creating the feeling of watching a slow-motion movie, each cover being a snapshot or still.

Invader’s love for Miami is nowhere as evident as in this piece. Having invaded the city in 3 waves with over 80 mosaics, Invader pays tribute to the city through this rare limited edition, which undoubtedly will captivate any Invader lover.