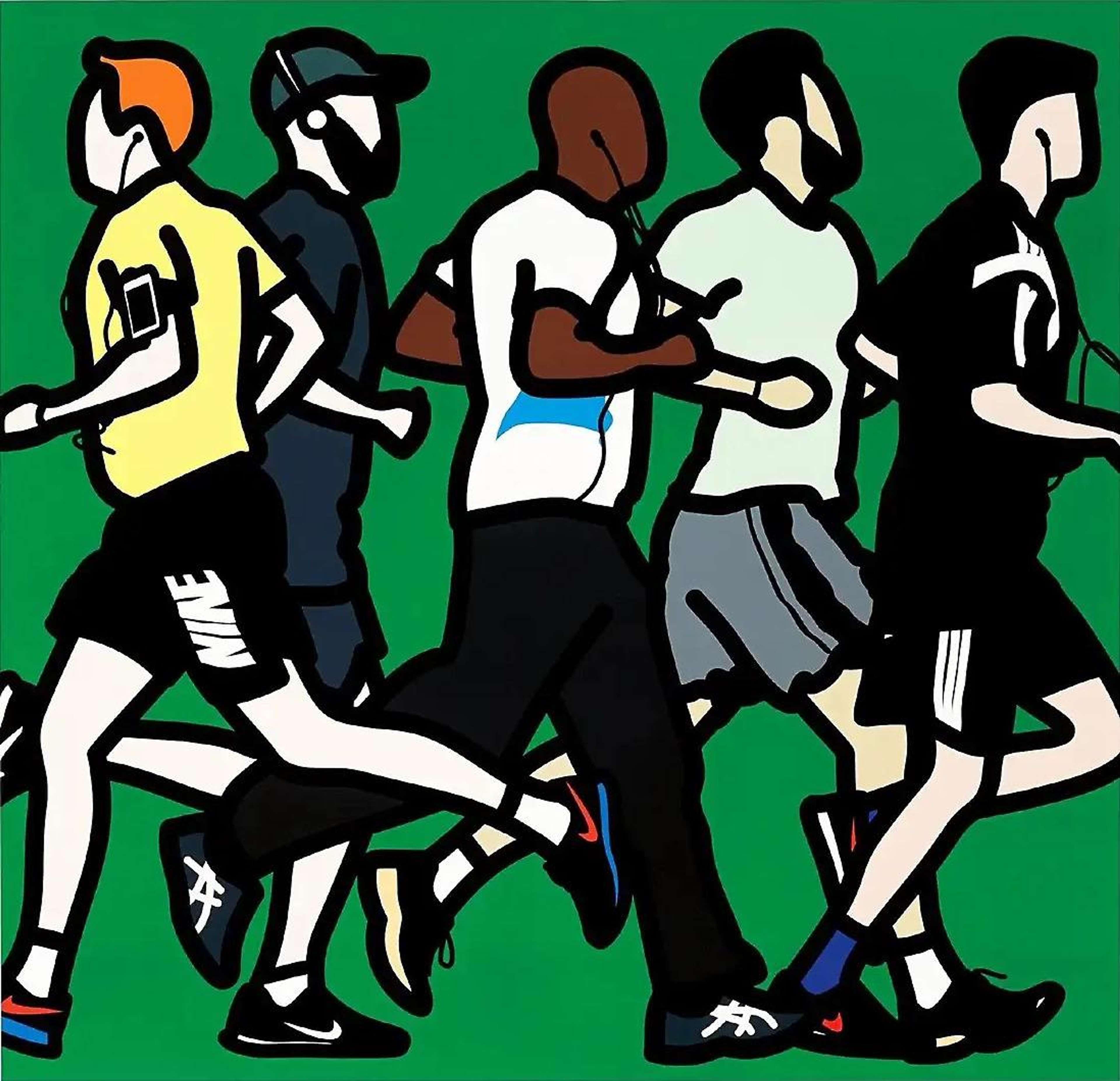 Running Men is a screen print from Julian Opie’s Runners series from 2016 that shows five full-length profiles of men running in varying directions across the square-format frame. As with many of Opie’s depictions of people, each figure is rendered with a featureless face. Despite this, these people are uniquely distinguishable due to Opie’s attention to detail with clothing and each person’s stance or gate.

Opie created this series from a selection of photographs and film, shot by two of his assistants, where many people were running past the camera. Speaking of this process Opie has said, “By drawing one stride with around 30 frames I can set a drawing in motion to run smoothly forever as an animation and, by group a few joggers together in a painting, I can create a dynamic, complex composition with implied movement.”

This print shows a complex composition that represents a split second in time, indicative of Opie’s interest in the movement of the human body. Each figure is depicted in varied styles of branded sports clothing and their headphone cables bounce as they run. Opie situates this print in the 21st century due to his astute attention to detail in clothing and technology.