The Gallery Staff I 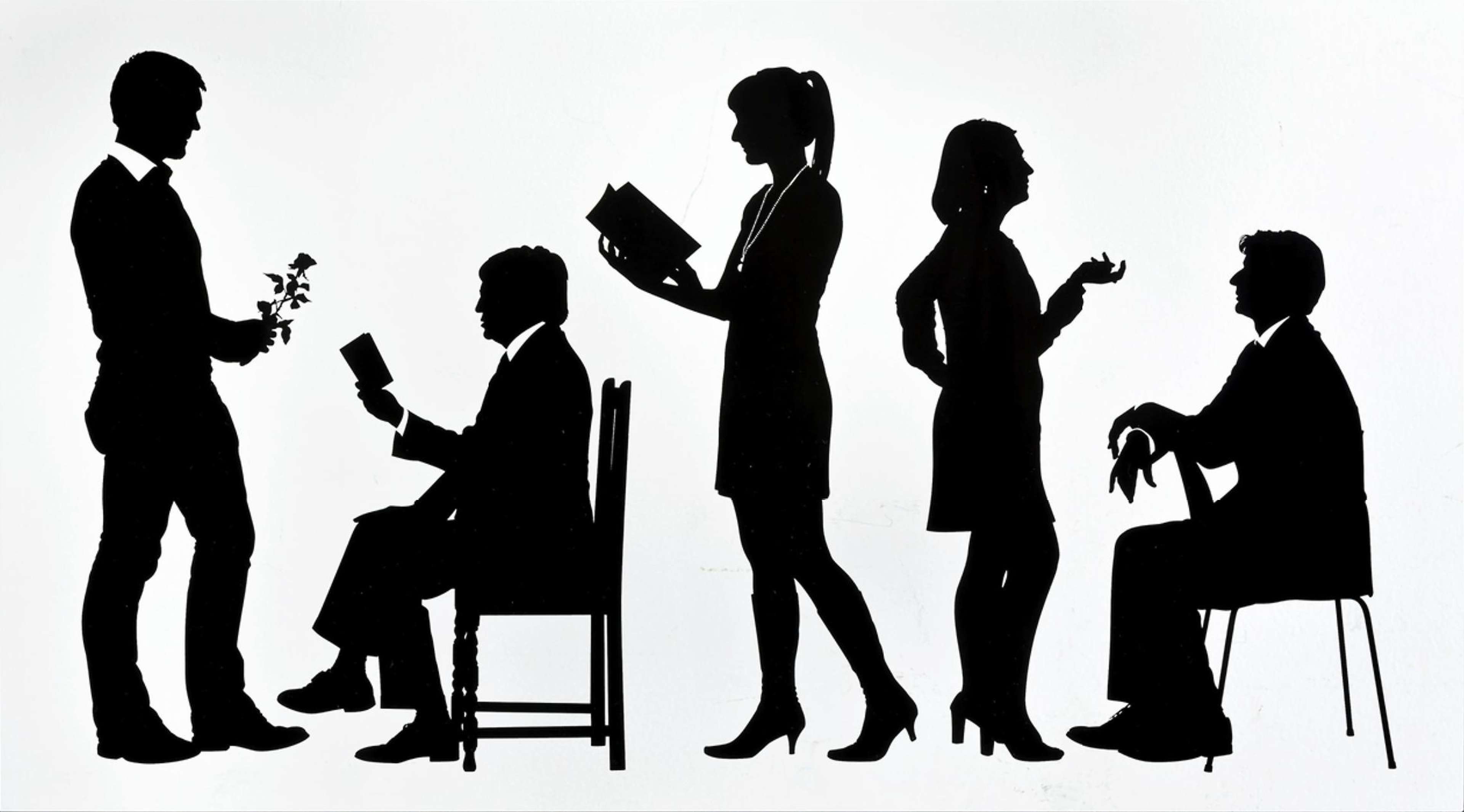 The Gallery Staff I
Signed Print

The Gallery Staff 1 is a print from Julian Opie’s The Gallery Staff series from 2010 showing five silhouetted figures, printed on transparent glass. Each figure is carrying out a small, mundane task to pass the time like reading or chatting to their colleague.

The Gallery Staff I explicitly engages with the 19th century art historical tradition of silhouette portraiture, led by artist Auguste Edouart, whereby the new middle classes would commission family group or individual portraits to record a moment in time. Opie has a strong interest in noticing silhouettes everywhere and has said of the genre, "It is one of the most common forms of drawing around, certainly in that period from late 18th to early 20th century. It’s so common it has become boring, and it’s kind of boring anyway in the sense that it does not stray much from reality."

Opie’s interest in depicting anonymity and the mundane so as to focus on the act of looking itself comes through in The Gallery Staff 1 print. Normally seen sitting next to a painting in a gallery, Opie has enclosed these figures inside the picture frame to challenge the viewer to question how we look at people every day. The mundanity of both the subject and the way in which they are depicted may also allude to the mundanity of the job they are doing.Read more about The Gallery Staff by Julian Opie.