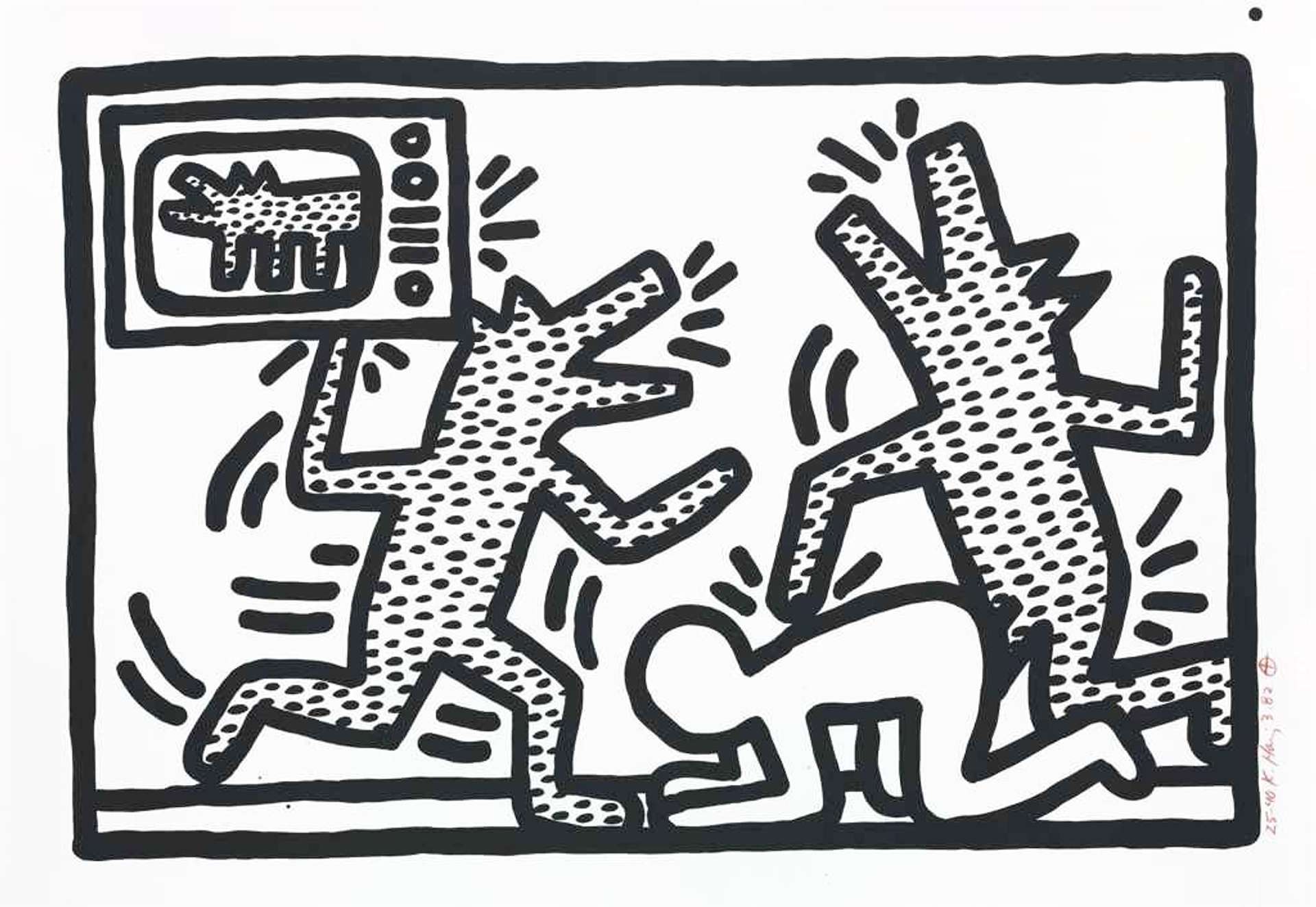 This signed screen print from 1982 is a limited edition of 30 by Keith Haring. Rendered in the artist’s trademark linear and figurative style, Barking Dogs shows two dogs barking, a genderless, human figure and a television screen showing another barking dog. Overflowing with symbolism, this print describes the artist’s concern with technology and authoritarian government.

The motifs that appear in Barking Dogs are among Haring’s most famous symbols, originating from his subway drawings from the early 1980s. The dog motif, one of the first symbols reproduced by Haring in the streets of New York, is especially prominent in this print and represents the difference between human power and animal instinct. Moreover, the dots that cover the barking dogs are used to symbolise the perceived otherness of homosexuality. Combined with the artist’s use of energy lines that emanate from the barking dogs, a sense of anxiety is created around this print’s subject.