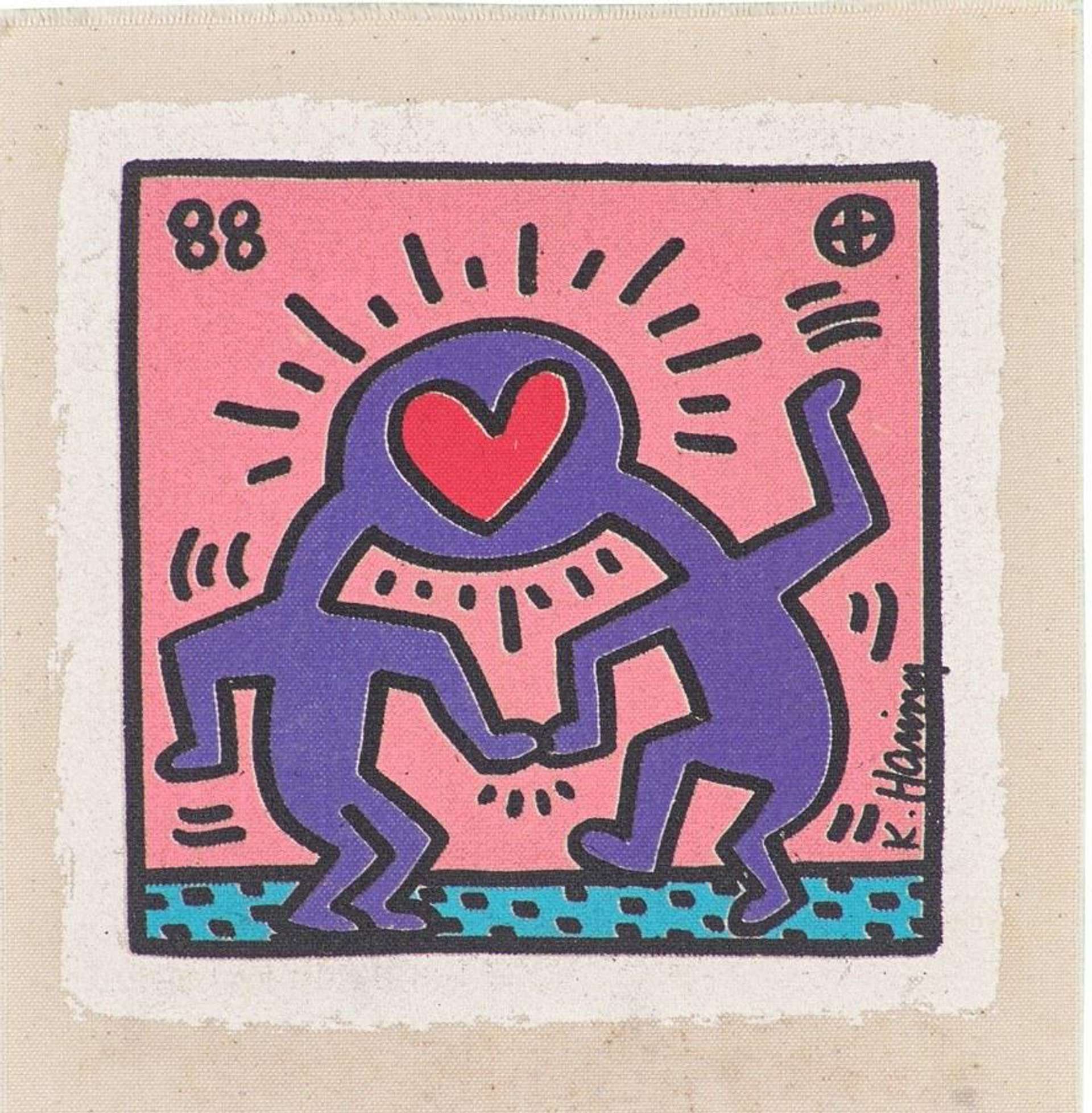 This signed screen print from 1988 is a limited edition of 100 by Keith Haring. Unusual for having been printed onto canvas rather than paper, Dr Winkie’s Wedding Invitation shows two figures joined by a head in which beats a red love heart. Surrounded by Haring’s signature energy lines, the androgynous figures hold hands and dance against a pink background in a joyful celebration of love and energy.

Created as a wedding announcement for the union of Estefania Kong and Lawrence ‘Dr. Winkie’ Lin, this print is rendered in Haring’s trademark figurative style with vivid, contrasting colours and bold outlines. Throughout his artistic oeuvre, Haring used the motif of conjoined genderless figures as a symbol for the power of working together. Thus, this joyful pictogram is apt for an invitation to a wedding, where the two figures in the image come together to form a beating heart.

Though Haring had experimented with print techniques such as lithography in the late 1970s it wasn’t until 1983 that he began making screen prints. Representing the union of Haring’s painting and printing practice, it is an important part of his catalogue raisonné and demonstrates the essential importance of the drawn line in his work.