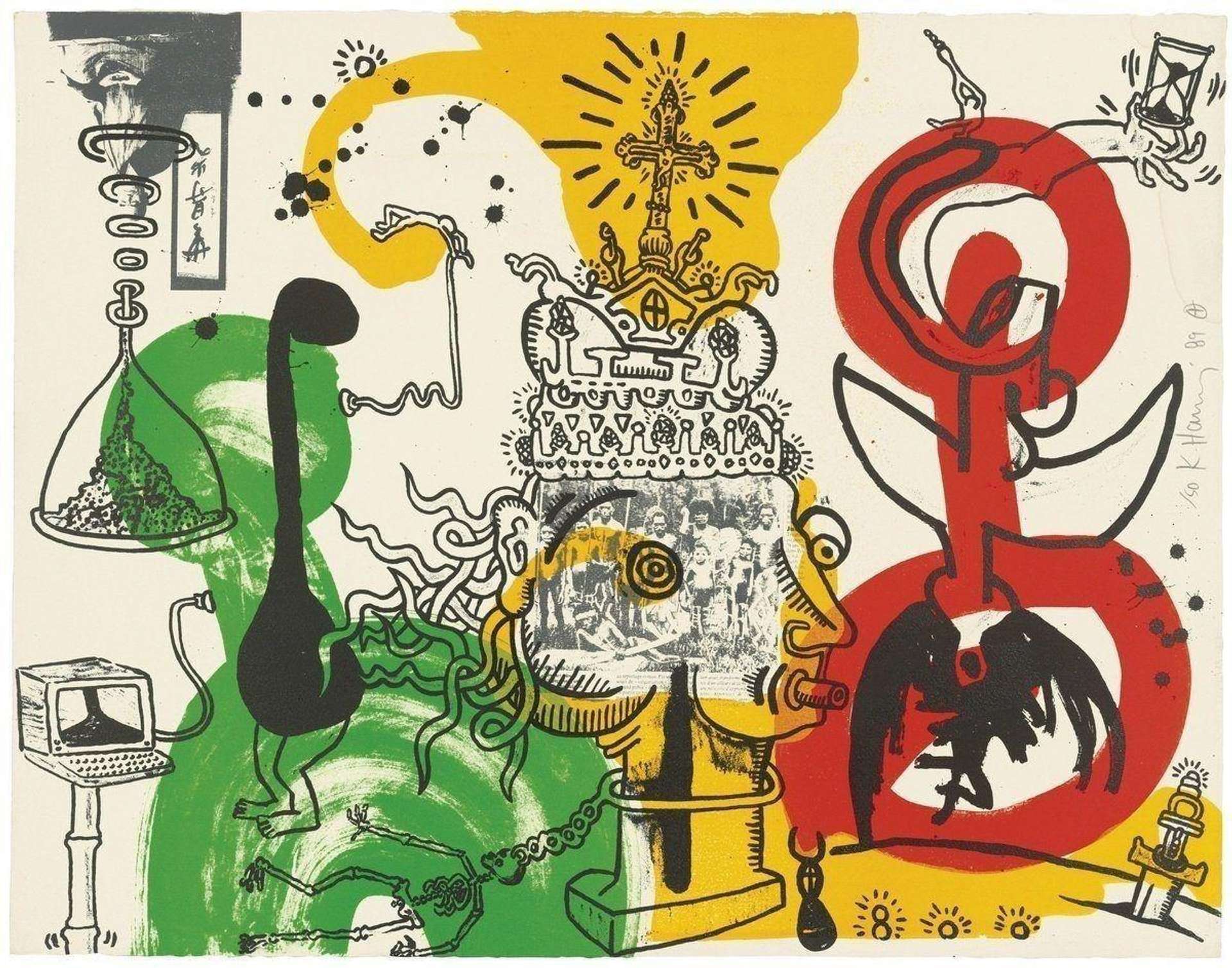 This signed lithograph from 1989 is a limited edition of 50 by Keith Haring. Depicted in the artist’s late graphic style, The King shows a vibrant and complex scene of unusual figures and symbols. Reminiscent of Haring’s Apocalypse series from 1988, this print is depicted in bold lines, gestural marks and splashes of colour to create a dynamic image that evokes a sense of chaos and violence.

Completed the year of Haring’s tragic AIDS diagnosis in 1988, this print is expressive of the artist’s feelings towards his illness due to his use of splatter marks and visceral brushstrokes. Notably Haring seems to convey a sense of time running out and its relation to death in his depiction of hourglass sand timers and skeletons.

The central figure in Haring’s The King print is a large, robotic head wearing a large crown and tentacles growing as hair. Beneath the linear drawing of the figure’s face is a newspaper clipping of an unidentifiable group of people. Inspired by figures like Andy Warhol from the Pop Art movement of the 1960s, Haring inserts images like this from mass media to bridge the gap between high art and mass consumerism so as to dissolve boundaries between fine art, political activism and popular culture.