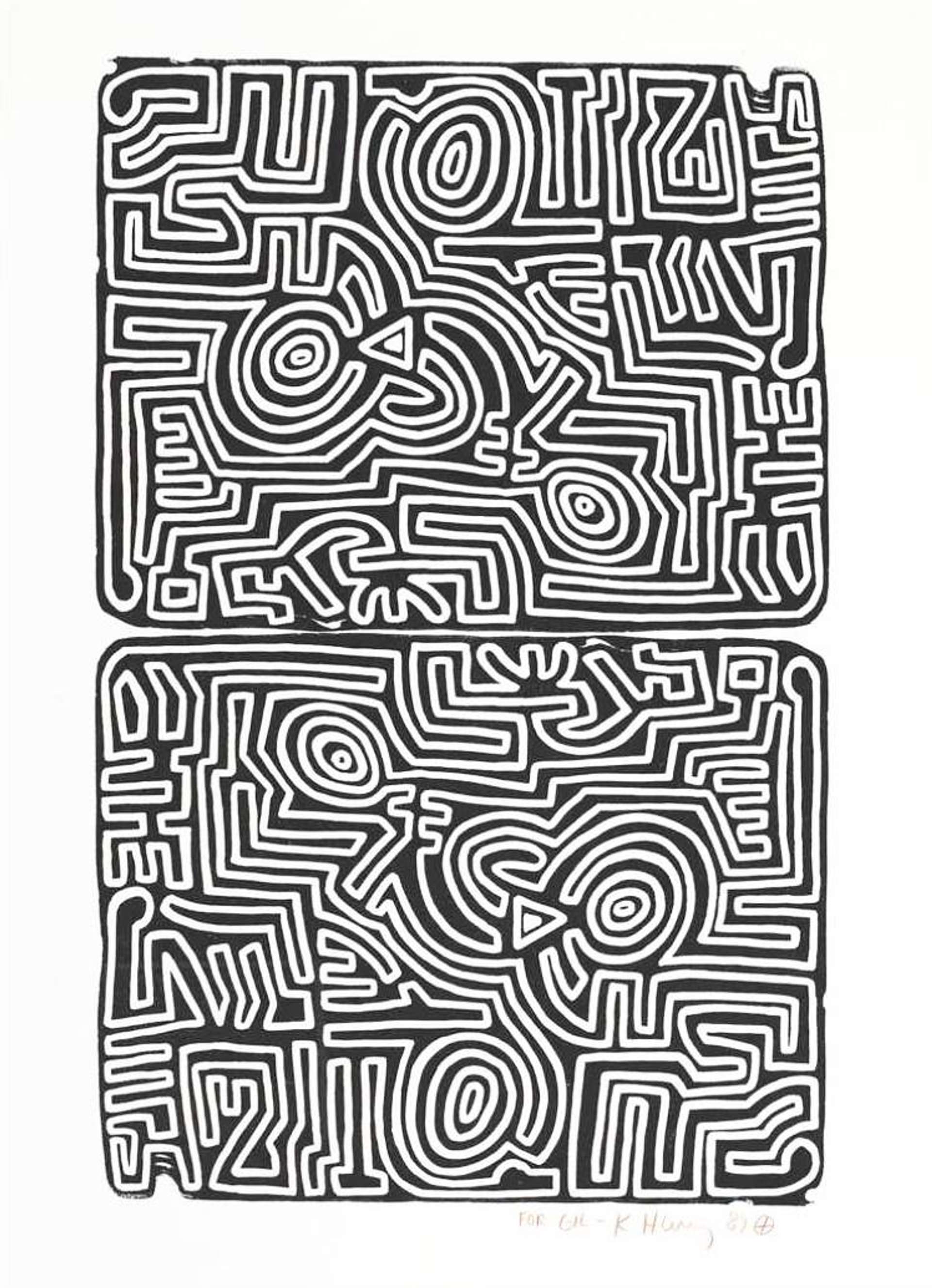 This signed lithograph from 1989 is a limited edition of 25 by Keith Haring. The Labyrinth is a striking example of the Pop artist’s ability to create complex images whilst maintaining the simplicity of line he is renowned for. Produced just one year before the artist passed away from AIDS-related complications, this print is reminiscent of Haring’s early subway drawings which earned him both notoriety and acclaim.

The Labyrinth shows Haring’s characteristic bold black lines inverted to white to create an expressive pattern against a frenzied background of lines and thorns in what could be perceived as an homage to the iconography of the Ecce Homo tradition in western art. Conversely, the work also represents Haring’s debt to non-western traditions, echoing the bold lines of Pre-Columbian art – especially those of Nazca lines – and aboriginal art. With this marriage of influences, this print can be seen as the epitome of Haring’s hybrid style that knew no difference between high and low, ancient and modern, east and west.

Writing of Keith Haring in the catalogue for the artist’s retrospective at the Whitney Museum of American Art in 1997, David Ross states that “His use of simplified figurative abstract forms and his highly graphic style gave his works an immediate character, the complexity of his puzzlelike constructions pulled the viewer deeply into a unique picture space. Haring’s art radiated energy and he carefully directed that energy beyond the confines of the art world.”