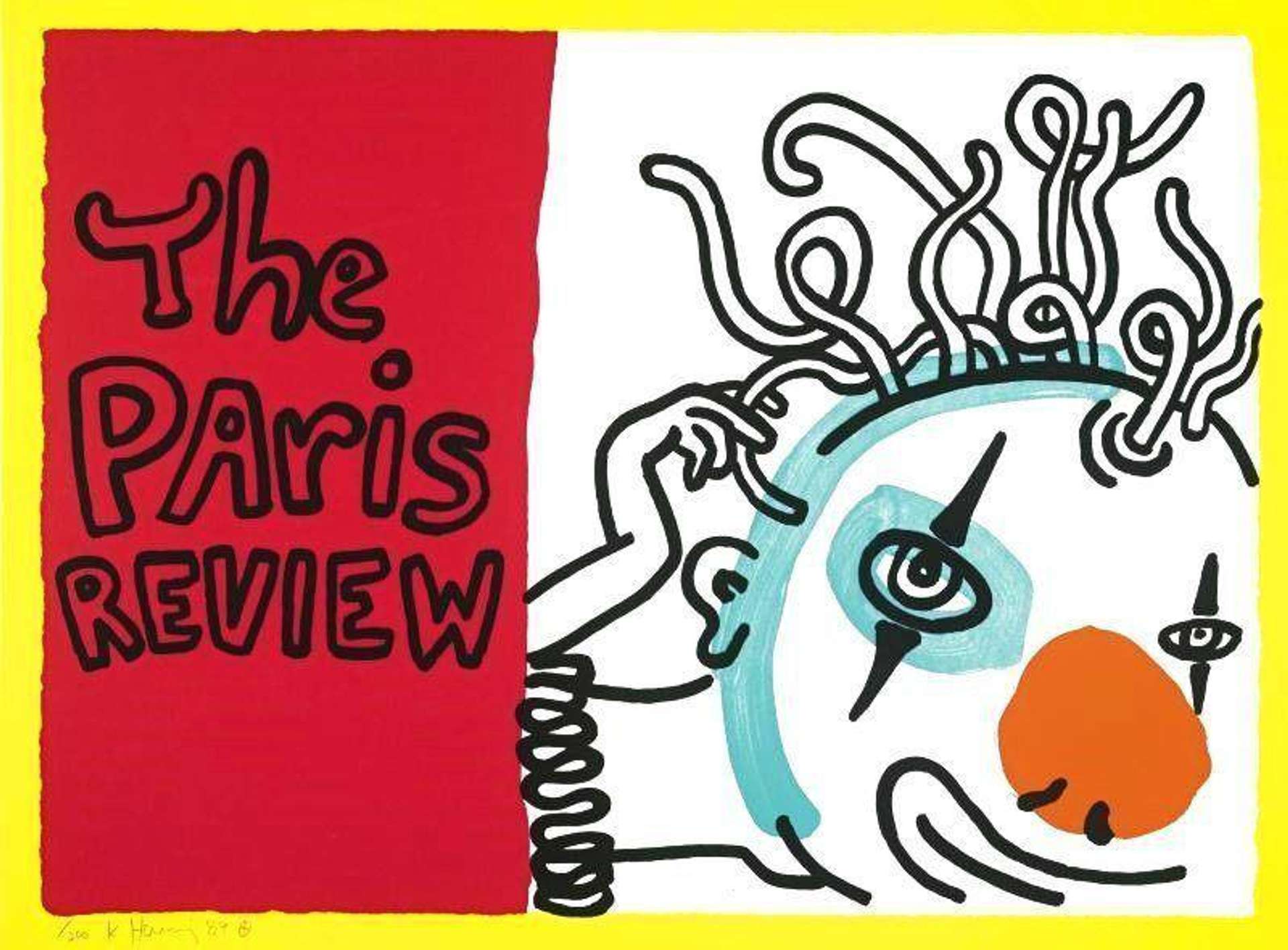 This signed screen print from 1989 is a limited edition of 200 by Keith Haring.

The Paris Review was created as part of a series of prints and posters by contemporary artists for the literary magazine The Paris Review. Completed in the later stages of his career whereby the artist had reached the height of his fame, the print features the text ‘The Paris Review’ on the left hand side of the image, rendered in Haring’s classic rounded outlines. On the right Haring shows an unusual portrait of a clown-like figure with tentacles growing from its head.

In 1964, the famous quarterly English-language literary magazine The Paris Review initiated a series of prints and posters by contemporary artists with the goal of establishing an ongoing relationship between the art and literary worlds. Haring created this print for the periodical just as many other renowned artists of the post-war decades such as Andy Warhol, Willem de Kooning, Robert Rauschenberg, Roy Lichtenstein, David Hockney and Louise Bourgeois had done before him

This print uses bright, primary colours and simplified shapes to make a piece that is instantly recognisable as Haring’s work. The unusual but playful image of the clown-figure, rendered through simplified and flattened shapes, appeals to both adults and children alike, highlighting Haring’s desire to create a universal art to be understood by the masses.