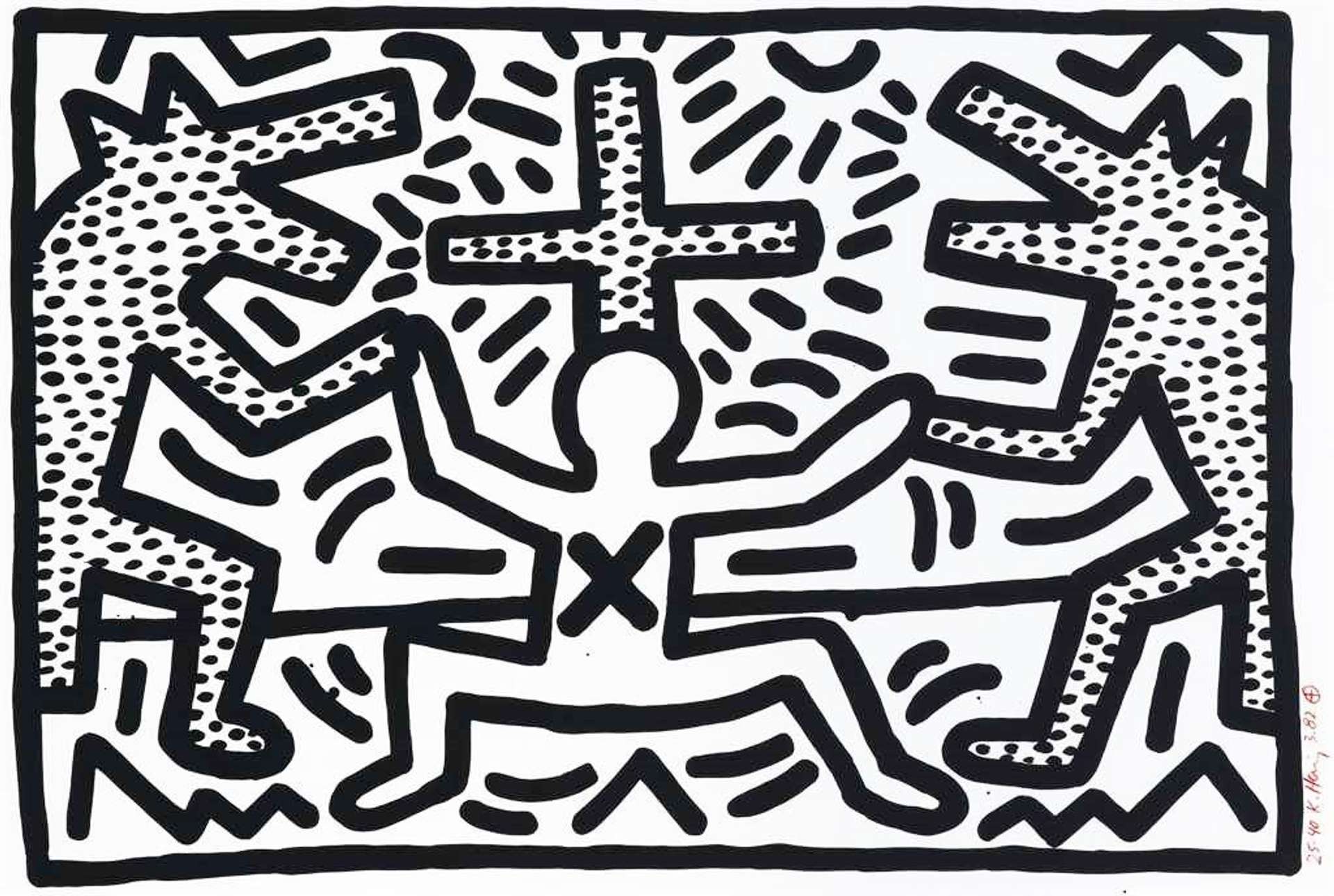 This signed lithograph from 1982 is a limited edition of 40 by Keith Haring. Untitled shows exclusively black rounded lines against a white backdrop, wherein two barking dogs face inwards towards a central genderless figure sitting in front of a Christian cross.

Reminiscent of Haring’s Blueprint Drawings series (1990) this print makes explicit references to sex, religion, death and AIDS as a means to confront the viewer with difficult issues of the time. Notably, Untitled features Haring’s iconic motif of the barking dog used to represent abuses of power by government and oppressive regimes that demand obedience.

This series uses the visual language of the artist’s early subway drawings, the colour inverted with black lines against a white backdrop. Speaking of the difference between his subway drawings and his studio prints Haring has said: “I do use a little moral discretion between what I put on the street and what I put on the subway. The things in the studio obviously have more sex. But I think it’s inevitable that the subway drawings have it too because it’s part of my life and part of the rest of the body of work.”