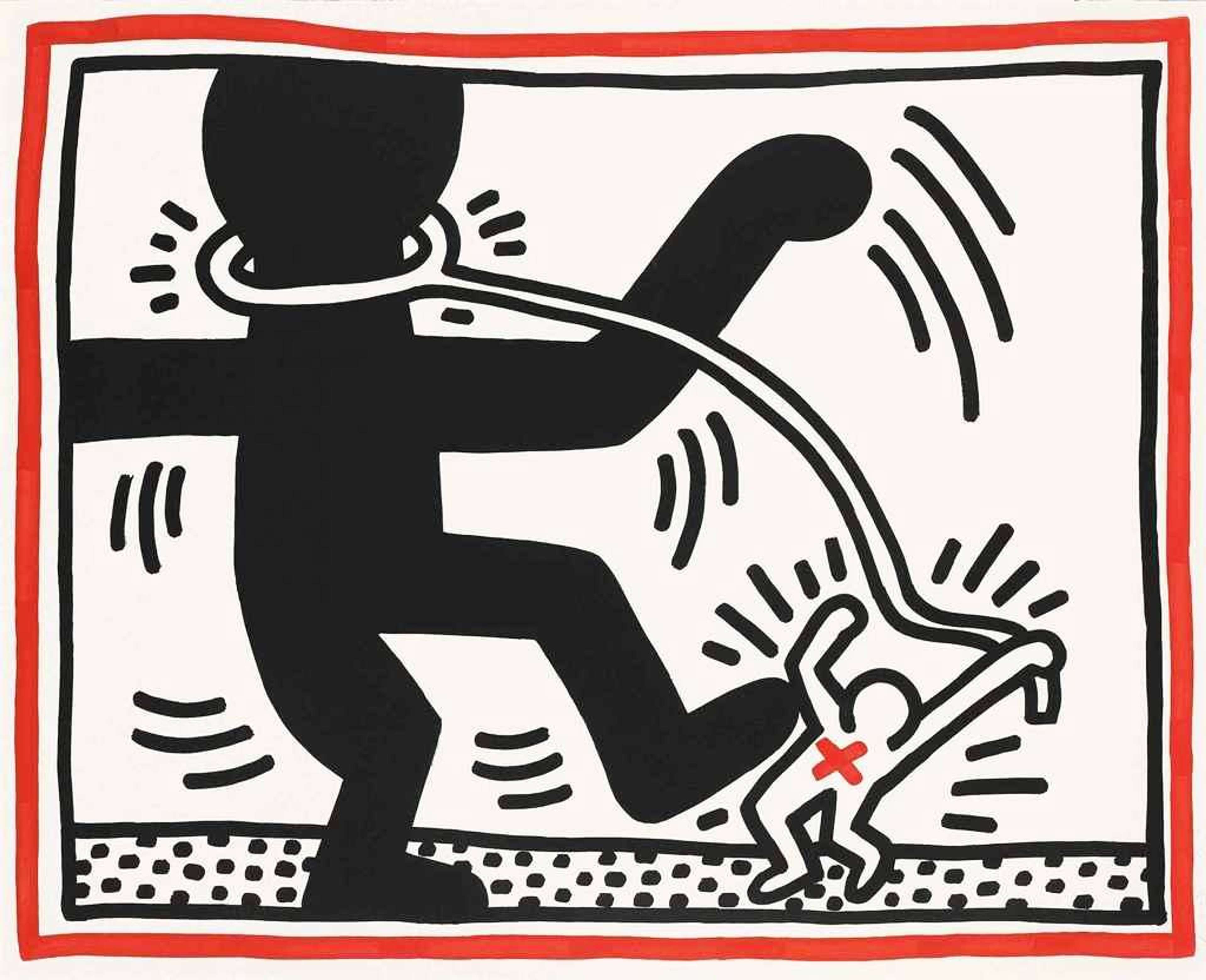 This signed lithograph from 1986 is a limited edition of 60 from Keith Haring’s Free South Africa series. Depicted in Haring’s bold, linear style, Free South Africa 2 shows two figures in a struggle with one another, the larger figure with a rope around its neck. Using a simplified visual language of recognisable symbols, this print is an example of how Haring used his playful figurative style to tackle social injustices around the world, notably racism and apartheid in South Africa.

Printing and distributing around 20,000 poster versions of this print in New York City in 1986, Haring worked tirelessly to mobilise support against apartheid. Using his bold, linear style Haring represents the relationship between the black majority and white minority in South Africa during years of institutionalised racial segregation. The black figure on the left is rendered much larger than the white figure, symbolising the substantial disparity between the black majority and the few white people that had political and social power at the time. Haring clearly conveys this inequality of the white man’s power by showing the white figure with a rope around the black figure’s neck.