A Guide To Takashi Murakami's Characters 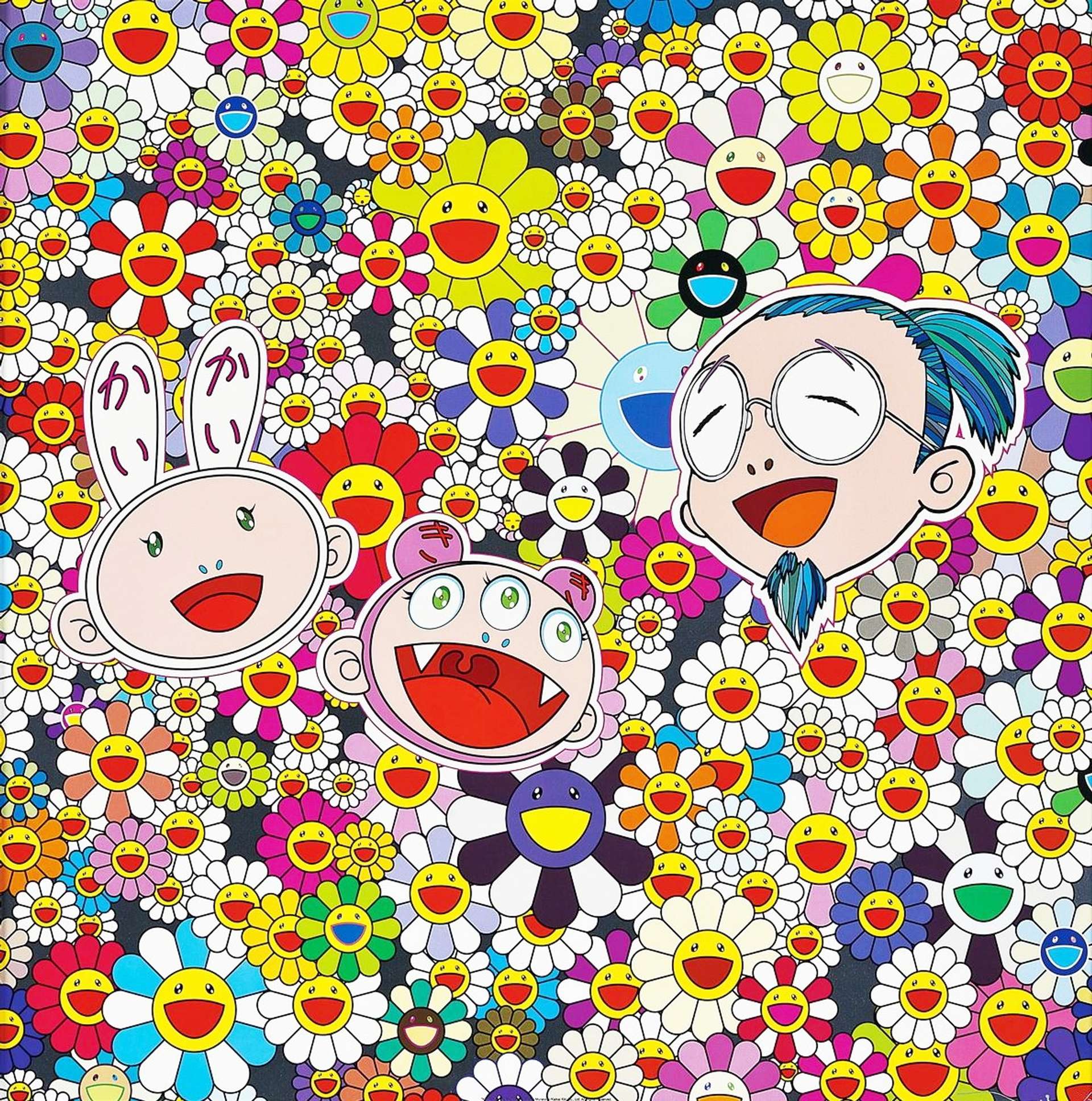 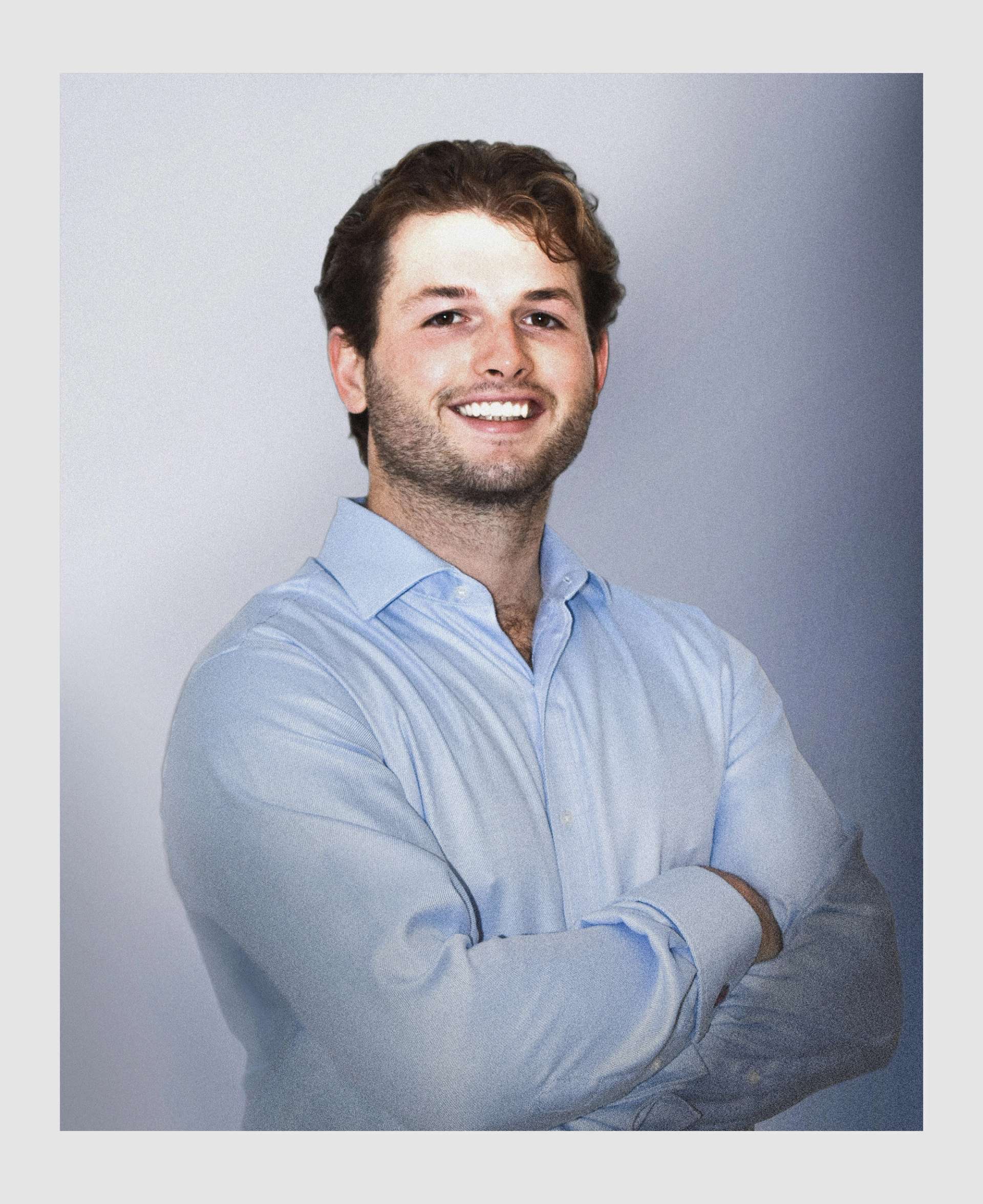 Takashi Murakami is the undisputed father of Japanese Pop Art. Murakami's universe is colourful and strange, and is populated by a series of imagined characters inspired by anime, manga comics, and animation.

Founder of the 'Superflat' aesthetic, Murakami has always merged his interest in the traditionally flat style of Japanese painting with Western commercial culture. This wry approach to the instantly recognisable big-brand mascots and video game characters has earned Murakami celebrity status, with a clientele of star-studded collectors like Kanye West and Billie Eilish. Here are some of Takashi Murakami's most iconic characters or, as he calls them, his own "gods of art":

"I set out to investigate the secret of market survivability - the universality of characters such as Mickey Mouse, Sonic the Hedgehog, Doraemon, Miffy, Hello Kitty, and their knock-offs, produced in Hong Kong."
Murakami, 2003 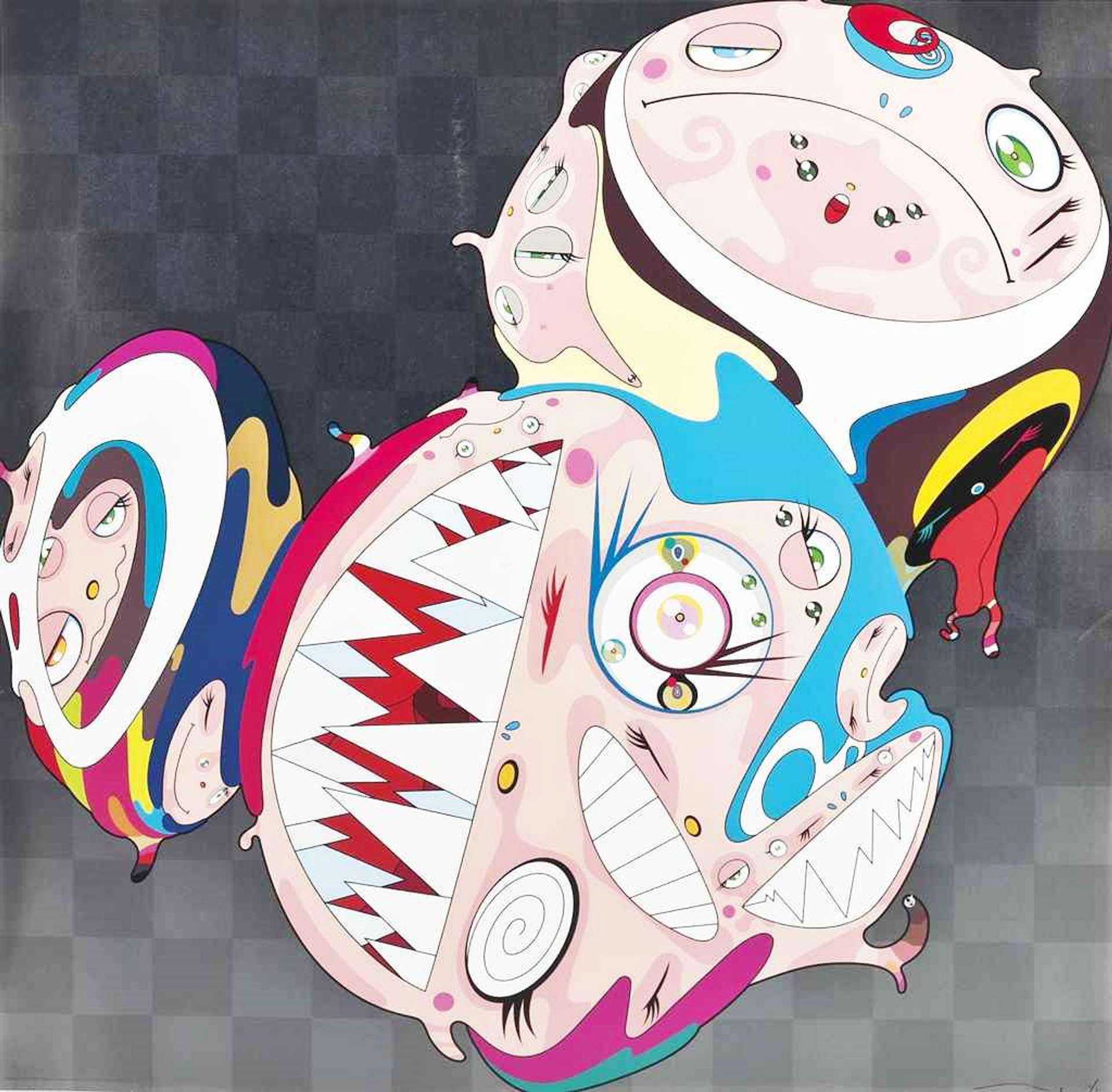 Acknowledged as Murakami's altar-ego, Mr. DOB is his most repeated and recognisable character. Clearly inspired by Mickey Mouse, Mr. DOB is a parody of Walt Disney's iconic character and the consumer culture the animated cartoon represents. From cradle to grave, we are raised by cutesy mascots of capitalism like Mickey, and Murakami's Mr. DOB makes a wry dig at this. Derived from the Japanese slang phrase "dobojite" ("why?"), Murakami uses this character to highlight the futility and emptiness of consumer society.

However, we can't ignore the irony of Mr. DOB. After all, what may have started out as a mockery of western consumer culture has now become a commercialist mascot itself, fetching record-setting prices at auction. Murakami's Tan Tan Bo, a darker iteration of the Mr. DOB character, sold for £3.9million at Christie's in 2018. Mr. DOB, invented to scorn the pretentious western hierarchy of fine art and consumerism, has now become one of Murakami's most covetable characters on the global art market and art world. It would seem Murakami has not only discovered the secret of market survivability, but mastered it himself. 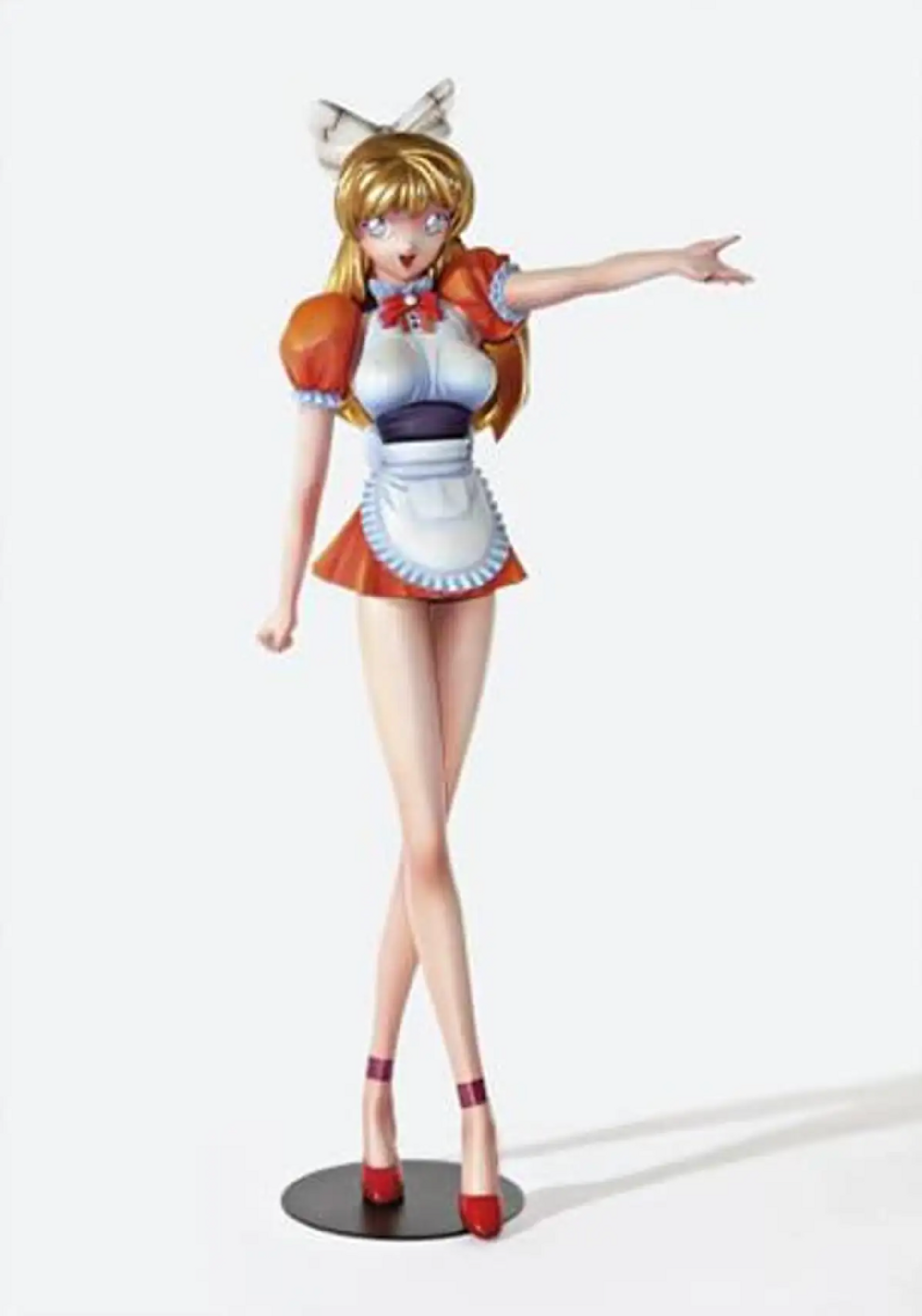 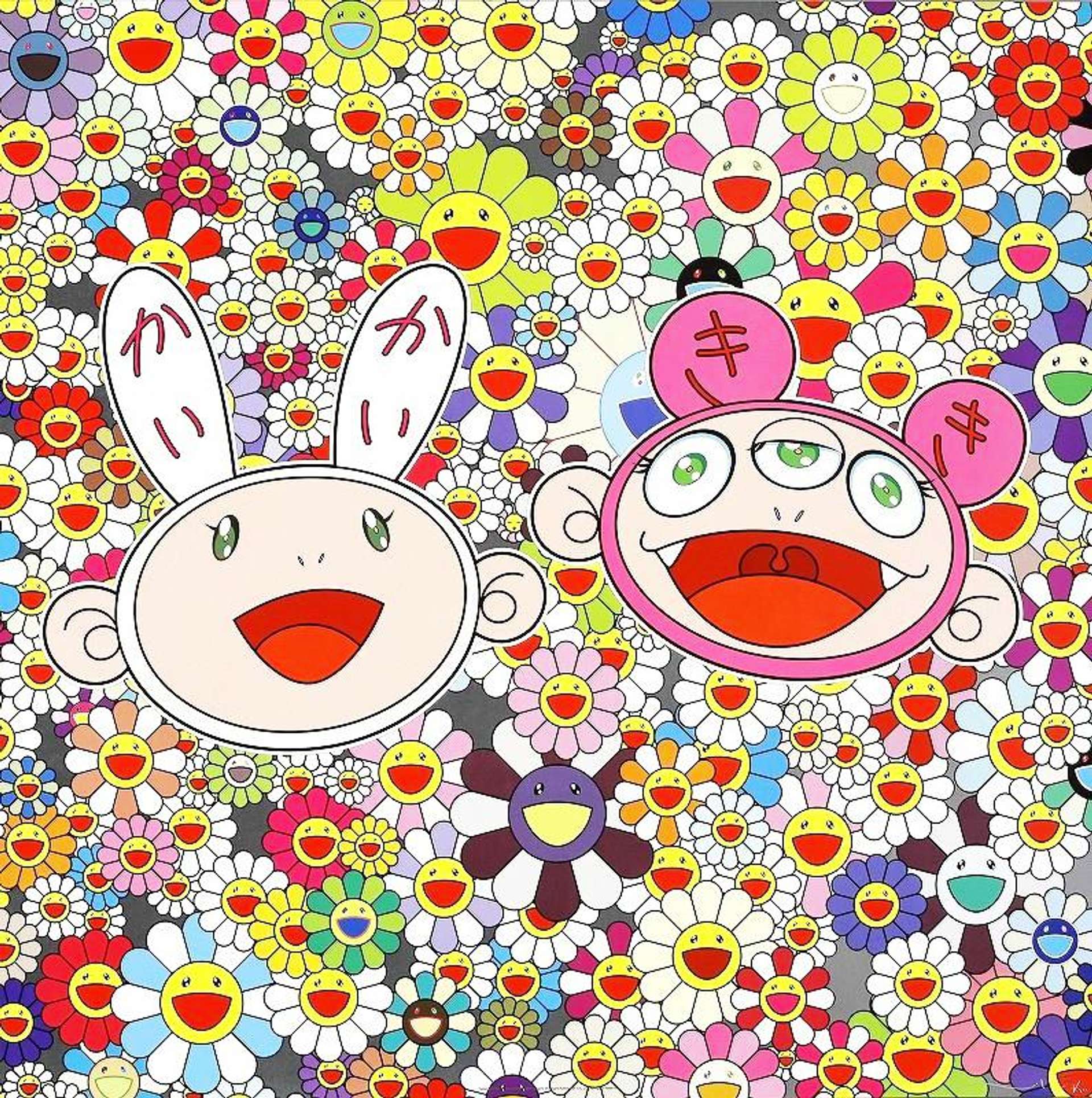 Created in 2000, this kawaii duo have become two of Murakami's most important characters. Their names form the expression "kaikaikiki", which was used in the 16th century to describe the traditional Japanese painting of Eitoku Kanô. This Japanese artist was described as being both "powerful and sensitive", qualities which Murakami tried to emulate in his designs for Kaikai and Kiki. Within the ears of these cutesy characters are their names in Japanese lettering.

The straddling of these anime inspired characters with the qualities of Kanô and traditional Japanese culture made Kaikai Kiki one of Murakami's most repeated icons. So important were this duo that Murakami created and named his groundbreaking artist collective, Kaikai Kiki co ltd, after them. Originally founded in Tokyo, this collective was established to support radical contemporary art and rising artists in Japan. Nowadays Kaikai Kiki co ltd spans across Tokyo, New York, and LA, with large workshops and studio spaces providing a breeding ground for Japanese art to thrive. 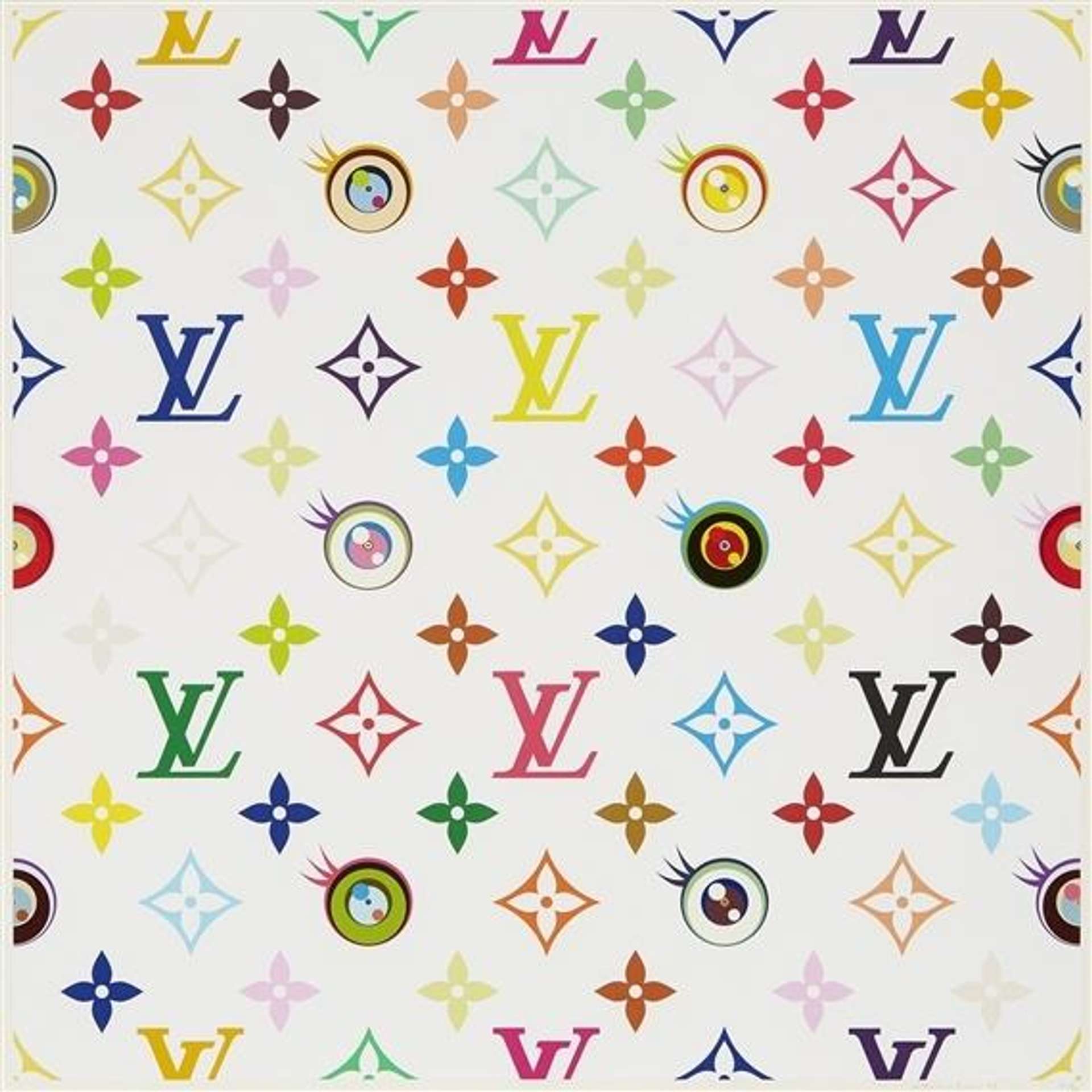 Famous for his fun and innovative approach to fashion, Marc Jacobs enlisted the help of Takashi Murakami back in 2002. Under his creative directorship of Louis Vuitton, Jacobs chose Murakami to help him rejuvenate the designer's branding for the millennium. Murakami began this collaboration by re-imagining the iconic Louis Vuitton monogram with his Monogram Multicolore collection in 2003. This innovation of the classic design saw the LV monogram filled with 33 different colours, and instantly became the must have arm candy of naughties fashion icons like Naomi Campbell and Paris Hilton.

By 2004, Murakami was designing special characters to live on the surface of Louis Vuitton's accessories. The Louis Vuitton Panda, in particular, was plastered over classic monogram leather goods and made them playful. Murakami's intervention at Louis Vuitton was an immediate success, and the bags and accessories with his designs are now highly covetable on the resale market, with some larger Panda luggage pieces fetching over £30k. As Marc Jacobs said himself in 2009, this collection was and is "the ultimate crossover - one for the fashion and art history books" and represents the way that art world and fashion world can often collide. 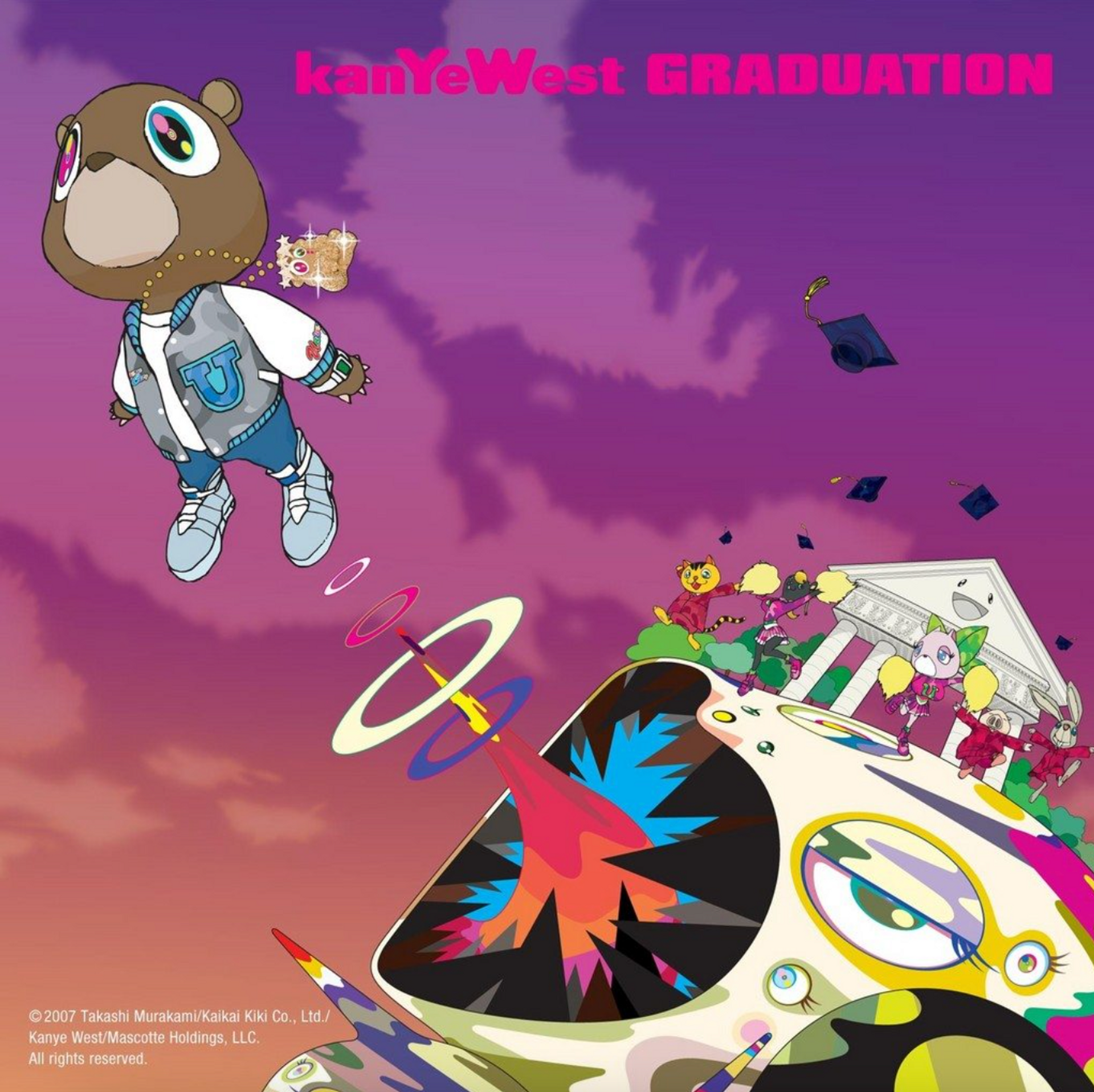 Kanye West has been one of Murakami's most loyal celebrity fans over the years. After meeting the Japanese artist at his studio in Tokyo, West commissioned Murakami to design the cover for his seminal album Graduation in 2007. The trippy cover artwork features characters typical of Murakami's art throwing their mortar boards in the air as West's alter ego is being launched into the sky. The bear had been an important motif for West since his 2004 album The College Dropout, symbolising his continuous pursuit of success and happiness. It seems only fitting, then, that Murakami should reinvent the bear: signalling West's joyful progression from dropout to graduate.

For this album, West also commissioned Murakami to direct an animated music video for the song Good Morning. Immersing the viewer in Murakami's weird and wonderful world of animated cartoons, the video follows West's bear en route to his graduation.

The friendship and creative alliance between these two visionaries didn't stop in 2007. For his debut album with Kids See Ghosts, West enlisted Murakami once more to design his cover artwork - this time inspired by his 2001 painting Fuji.

Another instance of Murakami merging traditional Japanese art with Western popular culture is his Oval Buddha. Executed in 2007-8, Murakami's work was inspired by a 10th century sculpture of Buddha that the contemporary artist saw in a Japanese museum. When producing his Oval Buddha, Murakami imitated the lotus pedestal of this traditional sculpture, but the Oval character itself takes stylistic inspiration from anime and manga. Murakami himself has described this work as a "Pokemon cuteness character" who is "sitting at the Shaka Nyorai's lotus petal". Murakami's Oval, rendered in immaculate platinum plating, appears tranquil and contemplative when viewed from the front as we would expect from a Buddha figure. From the rear view however, Oval's mouth gapes open in a terrifying smile, and therefore presents us with the dual nature of this character.

Murakami's reimagining of Buddha, merging Japanese popular culture and tradition with Western influences, was initially conceived in 1999. Murakami's quasi-religious character was the result of a commission from the late Issey Miyake, who wanted an iconic character for a new line of T-shirts. Once again, Murakami's art world production fraternised with the fashion world to produce a character which speaks to both modernity and tradition.

Most beloved of all his characters is Murakami's Pom. However, Pom is no mere imaginary character but Murakami's own pet dog. Appearing in photographs and painted works by the contemporary artist, Pom has been Murakami's most trusty sidekick and the character most rooted in reality.

Browse our Takashi Murakami prints or get a valuation. 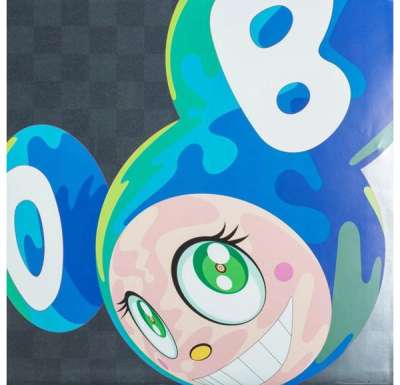 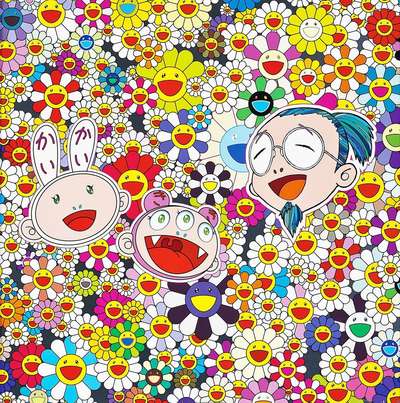 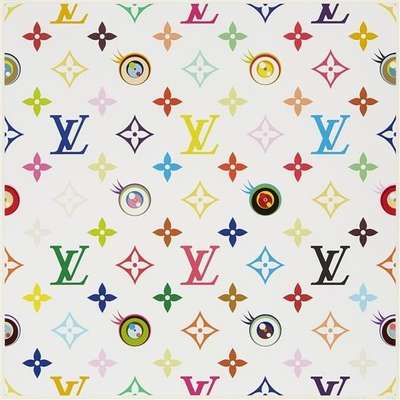 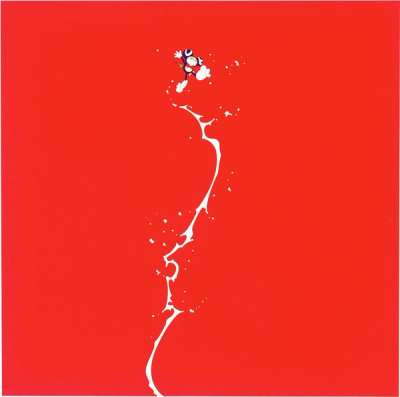 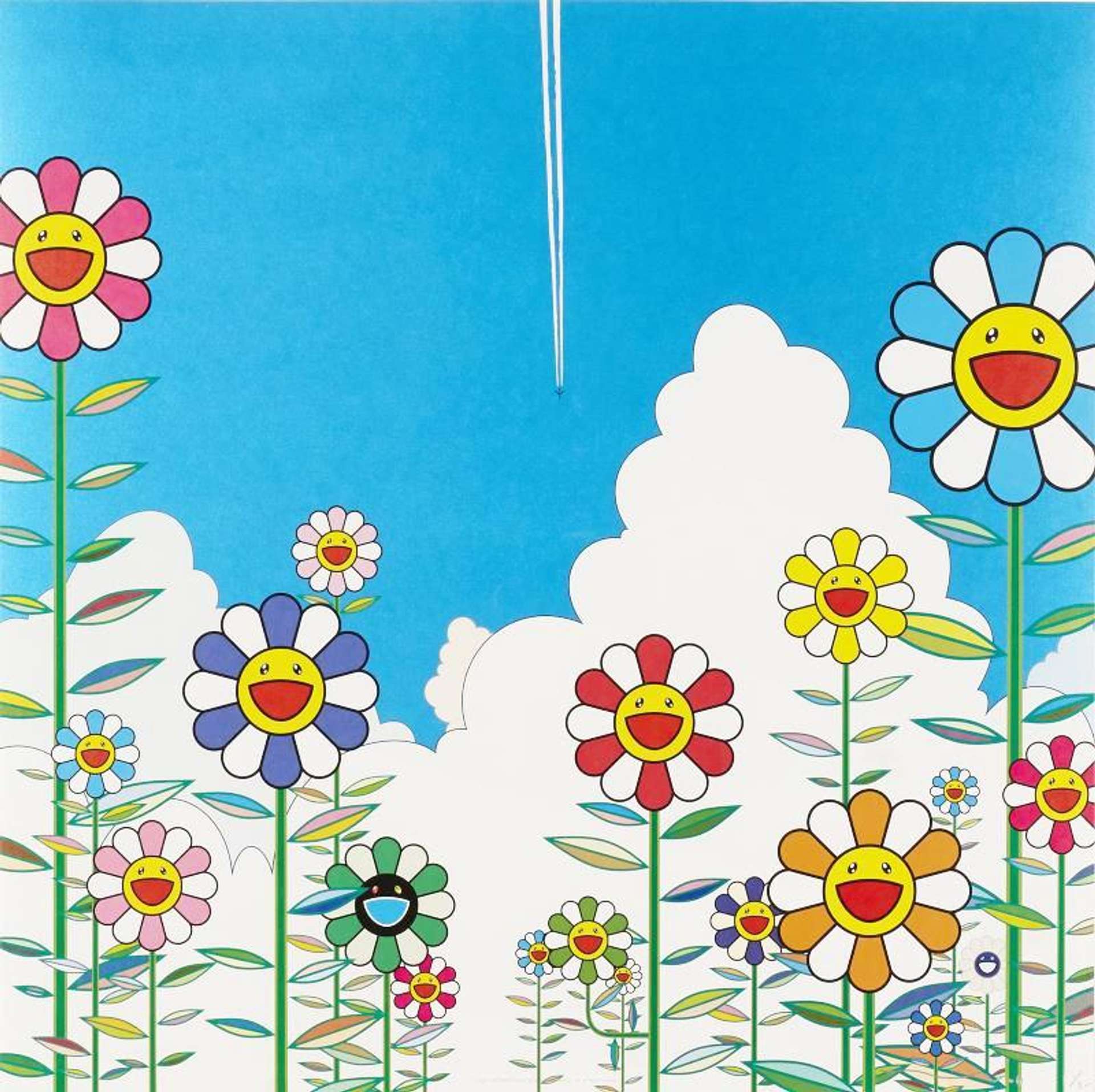 Takashi Murakami’s NFT works have managed to reshape and reinvigorate Pop Art on an international scale, with the artist living up to his name as the ‘Japanese Andy Warhol.’... 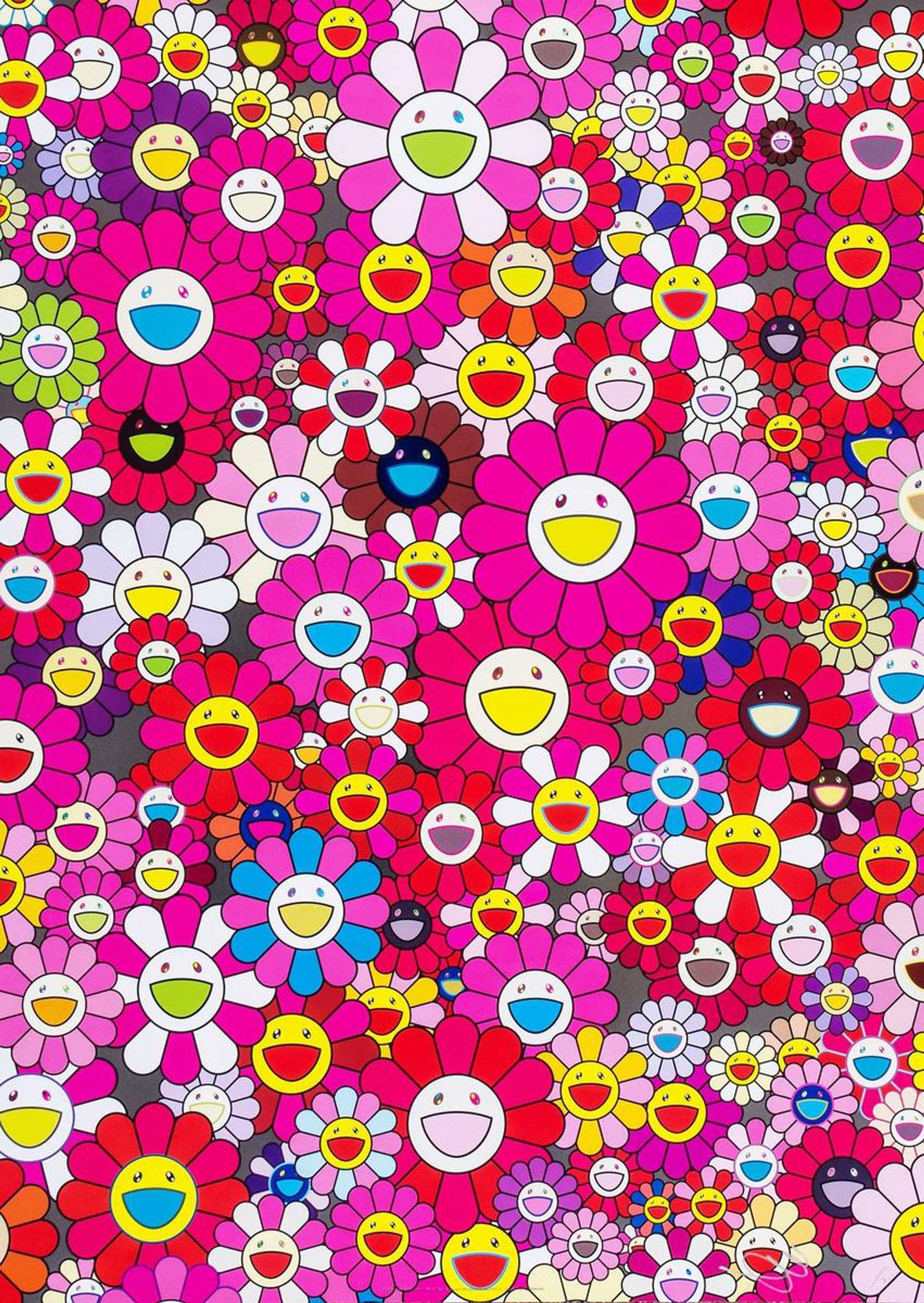 Under The Hammer: Top Prices Paid For Takashi Murakami At Auction 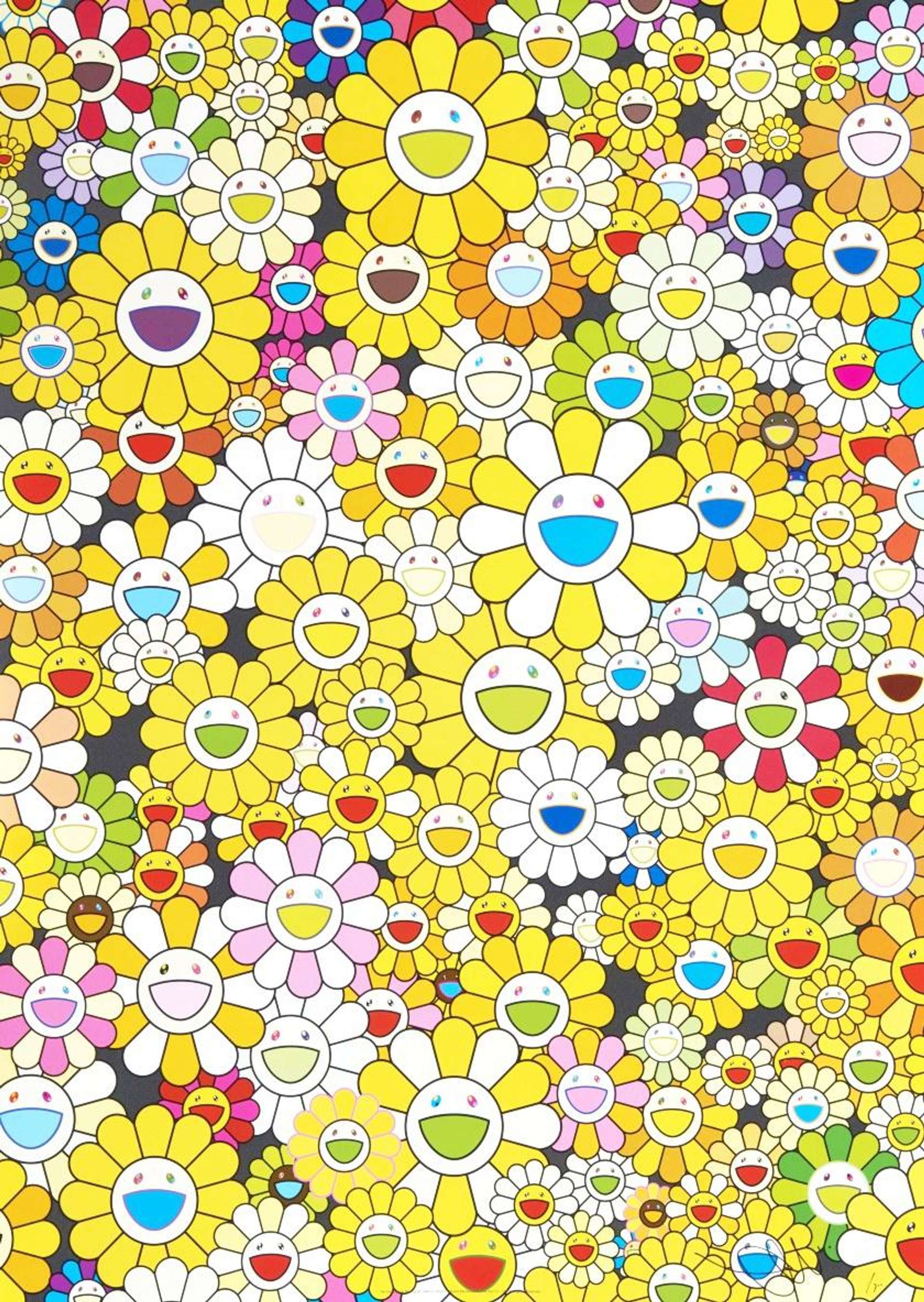 A Buyer’s Guide To Takashi Murakami

If you’re toying with the idea of investing in prints, then the work of Takashi Murakami could be a very good place to start. He’s often called the ‘Warhol of Japan’, and like the pop art pioneer befo... 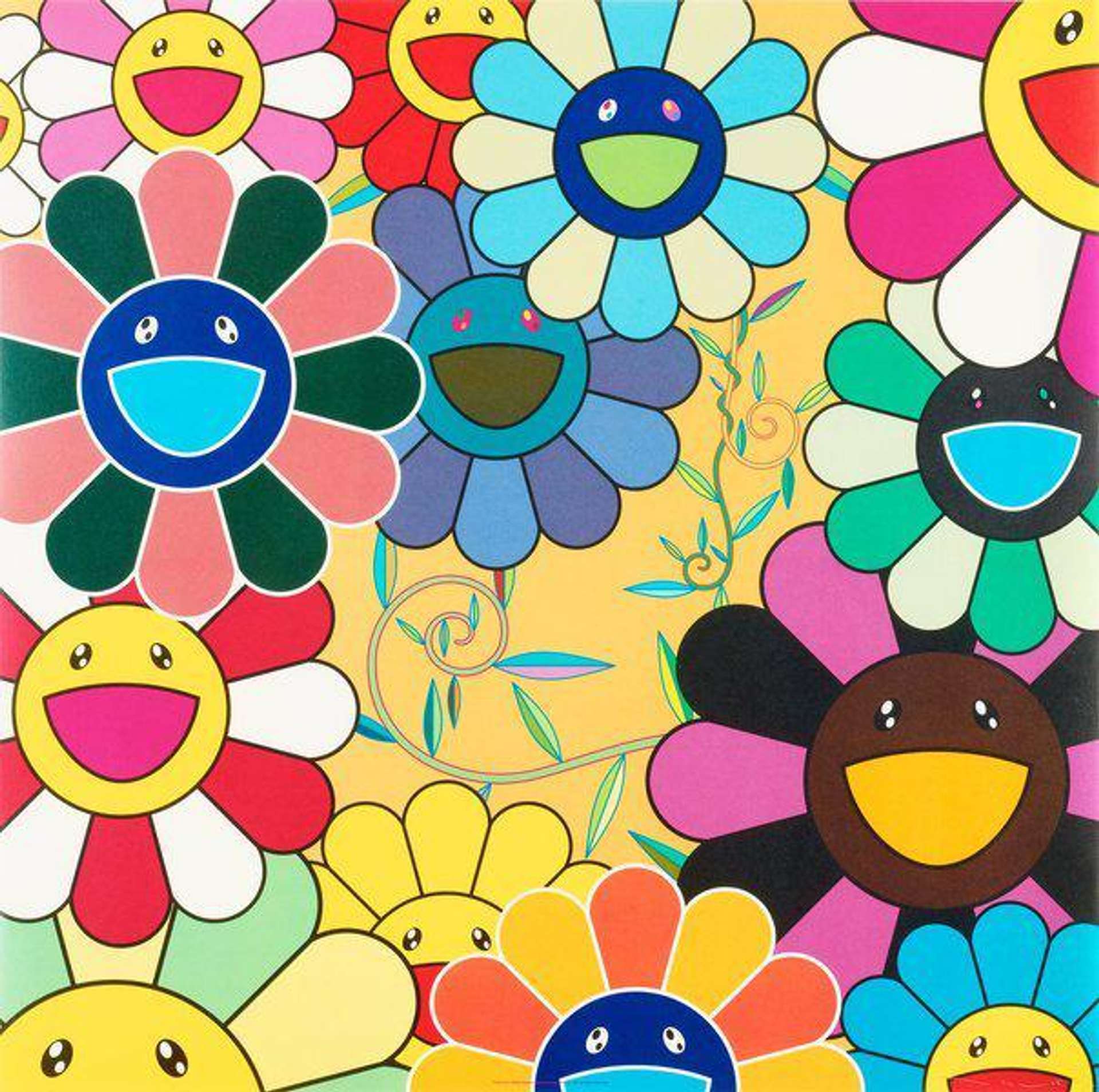 A Seller’s Guide To Takashi Murakami

What do Kanye West, Billie Eilish and Pharrell Williams have in common? Well, apart from a few Grammys – they’re all ardent fans of the man often called the ‘Warhol of Japan’, Takashi Murakami. Muraka...