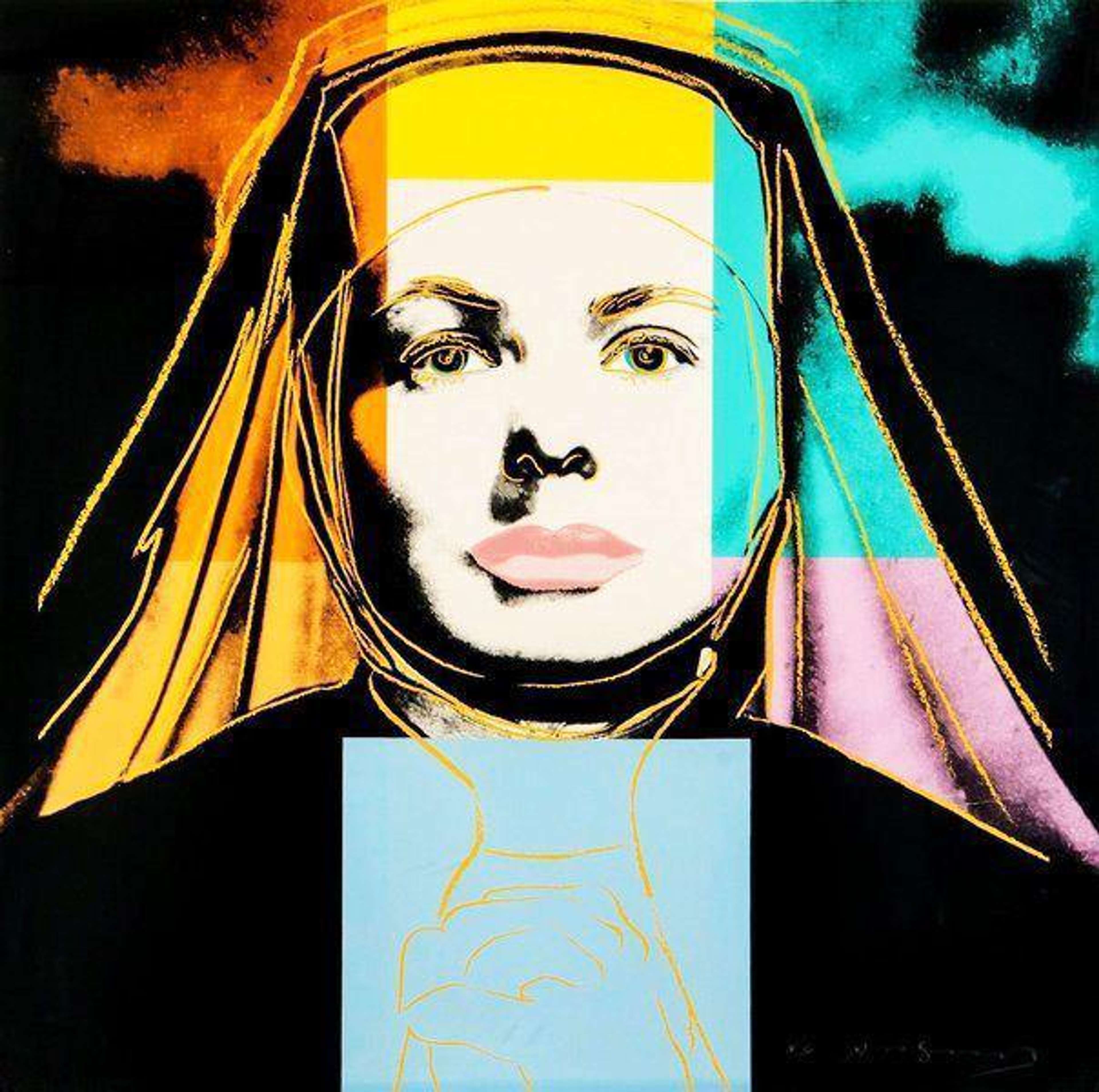 Produced in the late stages of Andy Warhol’s career, Ingrid Bergman, The Nun (F. & S. II.314) is a print from his Ingrid Bergmanseries (1983), showing a portrait of Bergman taken from a movie still of her 1945 film The Bells of St. Mary’s. From the early 1960s Warhol had been creating screen print portraits of celebrity actors including Marilyn Monroe, Elvis Presley and Elizabeth Taylor. This late print reveals Warhol’s continued awareness and enthralment with the idea of the celebrity as the immortal public icon, perpetuated by mass-media and consumerism in capitalist America.

Rendering the portrait with an artificial colour palette, Warhol skillfully conveys his ideas on the shallow, performative nature of the mass-media image and celebrity culture. This notion of artificiality is also reflected in that Warhol has decided to show Bergman in character.

Warhol has manipulated the image to accentuate Bergman’s facial features against dark contrasts, framed by the silhouette of a traditional nun’s wimple. Warhol has drawn attention to Bergman’s lips with pink tones so as to glamorise this otherwise serious movie still. This portrait characterises the actress as an enduring sex symbol, surrounded by a culture obsessed with her unattainable beauty. Vivid blocks of colour in orange, yellow, pink and blue echo the shape of the wimple adding an element of abstraction to the piece and show her to be a formidable character.