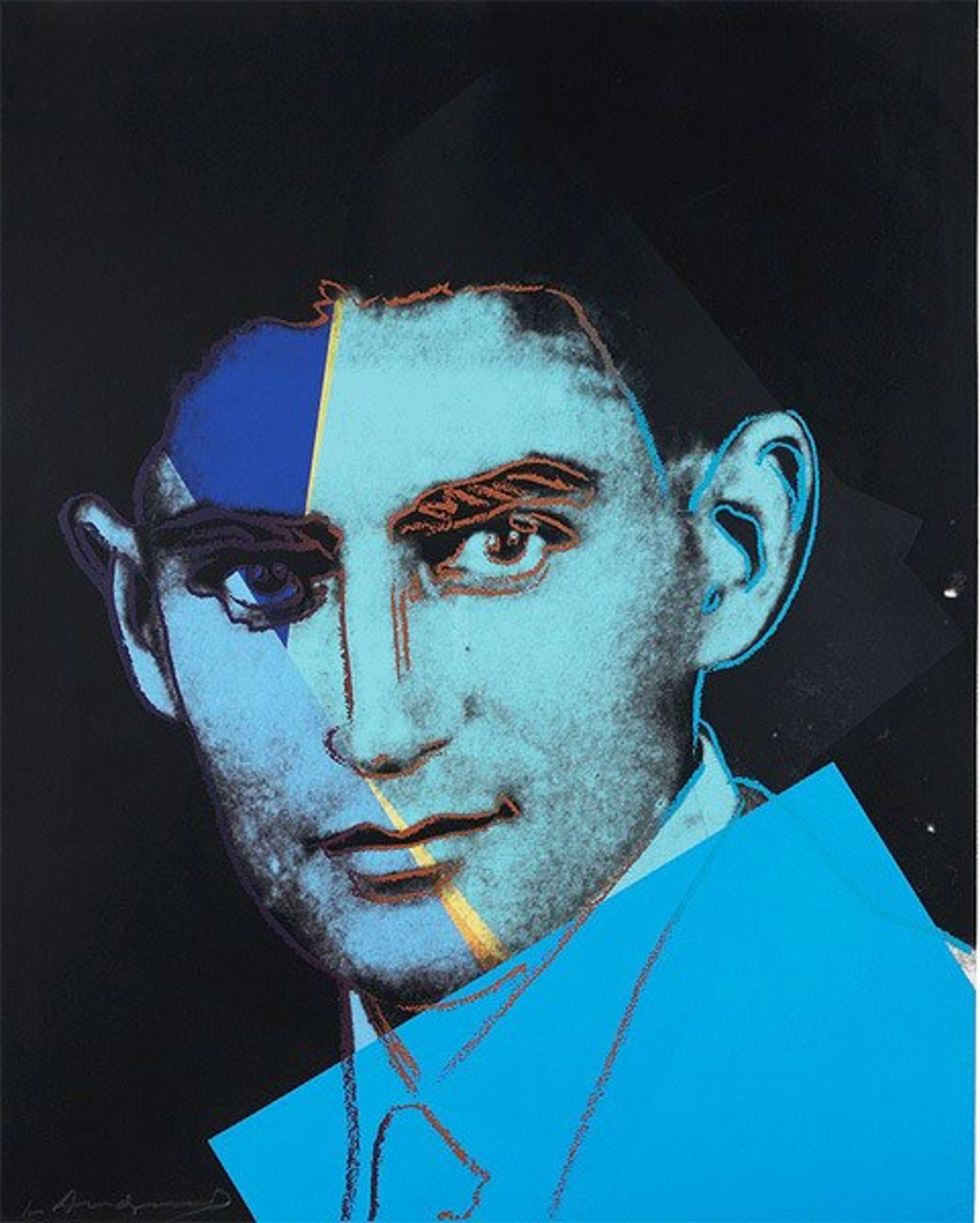 Andy Warhol’s print Franz Kafka is from his acclaimed Ten Portraits Of Jews Of The Twentieth Century series from 1980. The sitter, Franz Kafka is regarded as one of the most significant writers of the 20th century, famed for both his short stories and novels that fuse the genre of realism with fantasy. Known for his fascination with the concept of fame, Warhol in this series looks to subject’s whose accomplishments transcend this realm of surface level fame and glamour.

Franz Kafka is depicted in Warhol’s characteristic late graphic style as he merges elements of realism with abstraction. Taking a well-known photograph of Kafka, Warhol uses blue hues to flood the sitters face and blue geometric shapes layered on the surface. Set against a stark black backdrop, hand-drawn, crayon-like lines are used to accentuate Kafka’s features, providing the portrait with a graphic quality. Franz Kafka is typical of Warhol’s exploration into the tensions between photographic representation and abstraction through the screen print method.

Displaying a subtlety and sophistication in Warhol’s technical advancement of the screen print method, the abstraction of Kafka’s original photograph charges the portrait with new meaning. Warhol’s use of vivid, flattened colours that allude to the notion of abstraction transport the sitter into from the past into present, working to create a 1980s Pop Art icon.