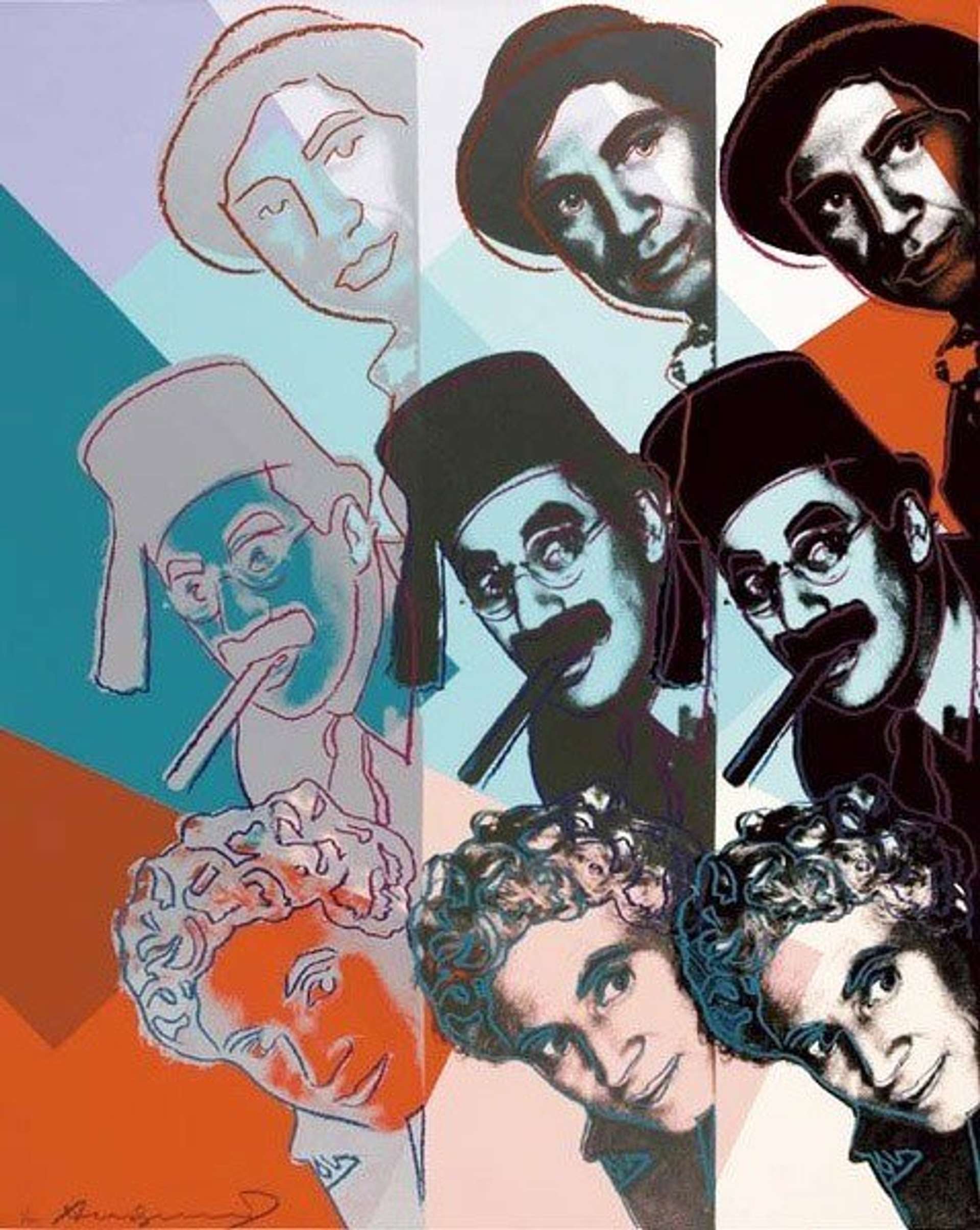 The Marx Brothers (F. & S. II.232) is one of 10 prints from Andy Warhol’s Ten Portraits of Jews of the Twentieth Century series (1980), the series of ‘Jewish Geniuses’ (as Warhol referred to the project), featuring portraits of figures like Sarah Bernhardt and Albert Einstein. The series was the first collaboration between Warhol and gallery owner Ronald Feldmen, who continued to work together throughout the 1980s.

This print shows an image of the three Marx Brothers, Chico, Groucho and Harpo, based on a still frame from the 1946 film A Night in Casablanca. The Marx Brothers shot to fame with their comedy acts throughout the early to mid 20th century where they featured in vaudeville, Broadway and in motion pictures. Warhol repeats the photographic image three times across the print, the black ink fading with each iteration, and he uses abstract, collage-like blocks of orange, blue and purple colour to transport the image into the 1980s Pop Art context.

For this series, Warhol chose only to depict subjects posthumously and so had to source images from archival material for each print. This charged the images with an inescapable theme of mortality appearing as if behind a veneer of modernity, their person belonging to the past whilst their image endures in the present. Using a mixture of hand drawn lines, abstracted geometric shapes, bright colours, and the original photographic image, Warhol sustains the tension between representation and reality that points to the artificial surface image of fame in the 1980s. 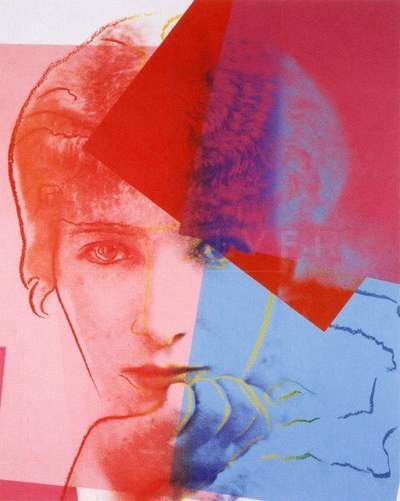 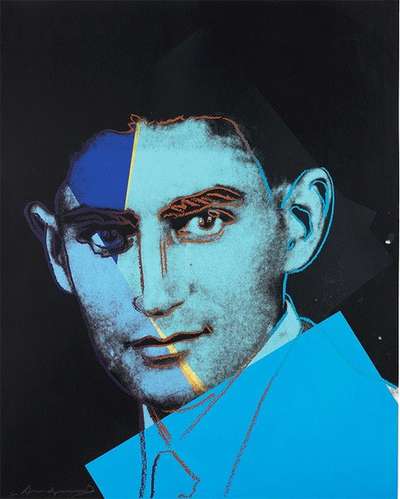 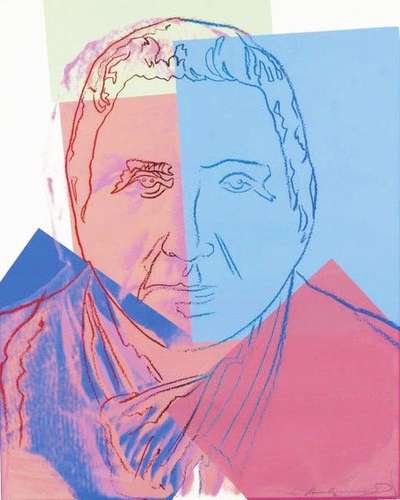