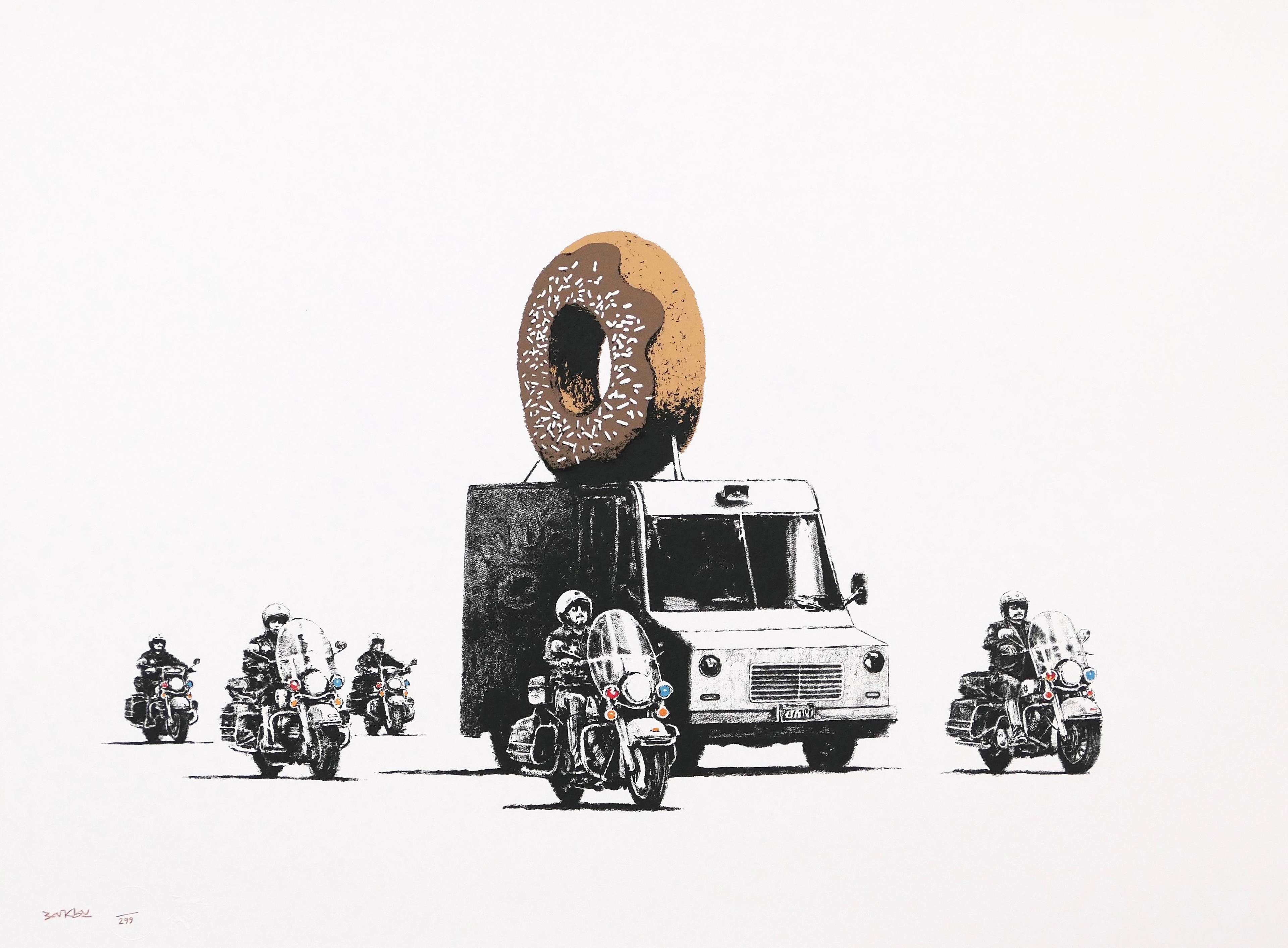 Donuts, Chocolate is an exemplary piece of Banksy’s ironic humour, the signed screen print in an edition of 299 released in 2009.

Donuts, Chocolate is a screen print on paper and a limited edition of 299. This piece came after the original Strawberry piece and features a chocolate donut covered in chocolate sprinkles atop an American police van. The blue and red spots as flashing lights of the police vehicles are among the few splashes of colour in the artwork. On top of the police van is a giant donut, which could represent Banksy’s ironic commentary on police values: in America, the police are stereotyped and ridiculed for their love of coffee and donuts. This artwork could be a satirical suggestion that the police prioritise the safety of their snacks (or their benefits, generally) over the safety of their prisoners.

Alternatively, the image could have a broader meaning, if we view the police as mere 'enforcers', perhaps they are protecting the very essence of capitalism and commercialism, represented by the donut. It is rare for Banksy to create a piece that doesn’t have some form of social, environmental, or political message, so it's unlikely that the piece is simply about donuts. The police are a frequent subject of ridicule for Banksy, such as in his notorious Rude Copper work.