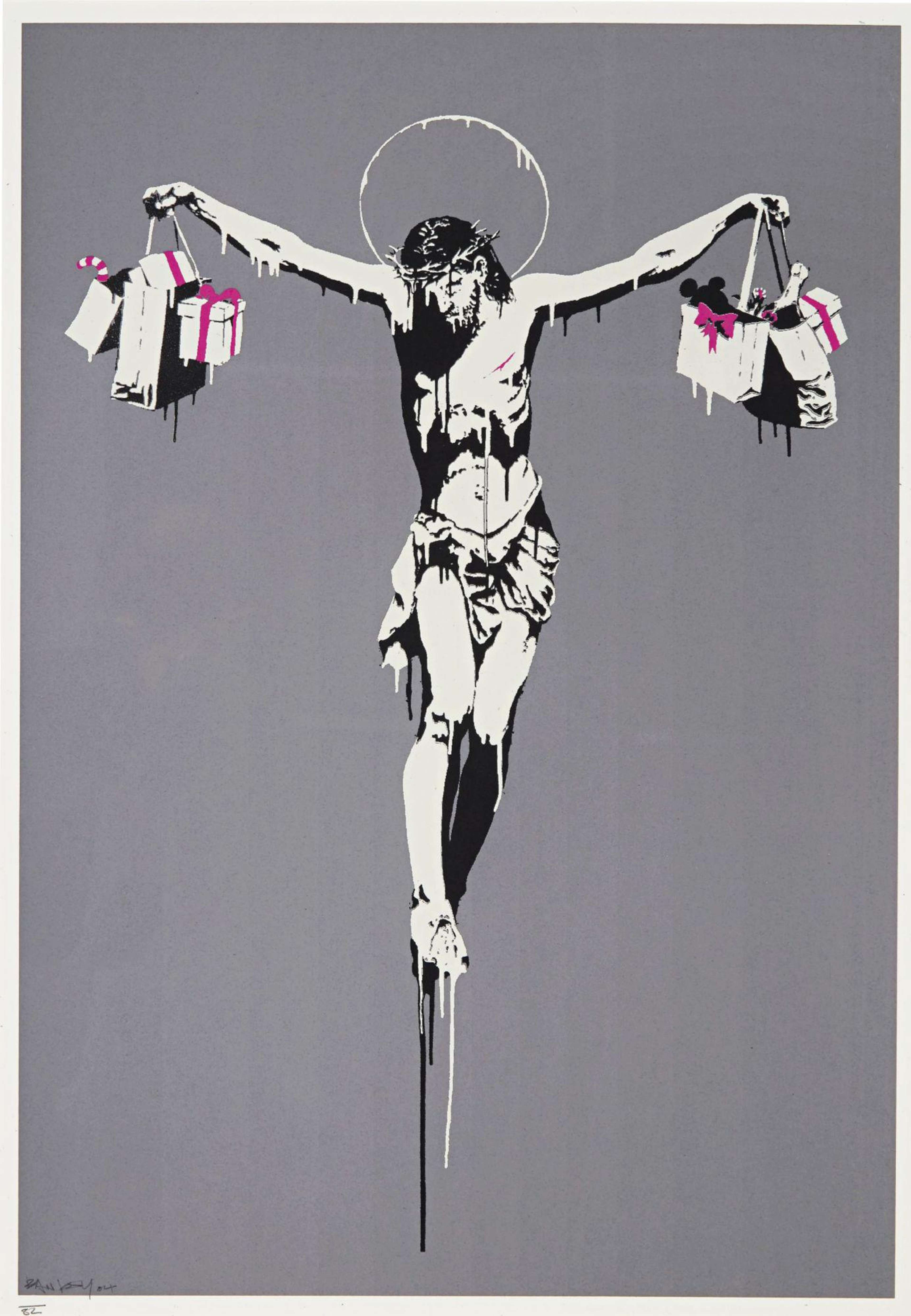 Christ With Shopping Bags by Banksy is a signed screen print edition of 82, 2004.

Christ With Shopping Bags is a highly coveted screen print by Banksy, which was never released as an unsigned edition. It's an iconic, or rather iconoclastic picture, and a controversial one at that, depicting the crucified image of Jesus Christ, rendered in Banksy’s signature black and white stencil style, except for the fluorescent pink which drips from his hands, reminiscent of blood. In his outstretched arms, Christ holds a range of shopping bags, also dripping with the candy-coloured 'blood'.

There can be a variety of interpretations for this print, from the very obvious statement about the superficiality and hypocrisy of the modern celebration of Christmas through to deeper, more emotive connotations around the way society is so driven by materialism, consumerism and capitalism. How one might sacrifice themselves (their wellbeing, their finances or their sanity) to buy things they don't need to impress people they don't know. It is also just possible to make out a Mickey Mouse toy and the stereotypical festive candy canes, which perhaps give us an indication as to who Banksy believes is responsible for our lust for material items. Banksy has made similar provocative comments on the relationship between consumerism and religion with his equally powerful Toxic Mary artworks.