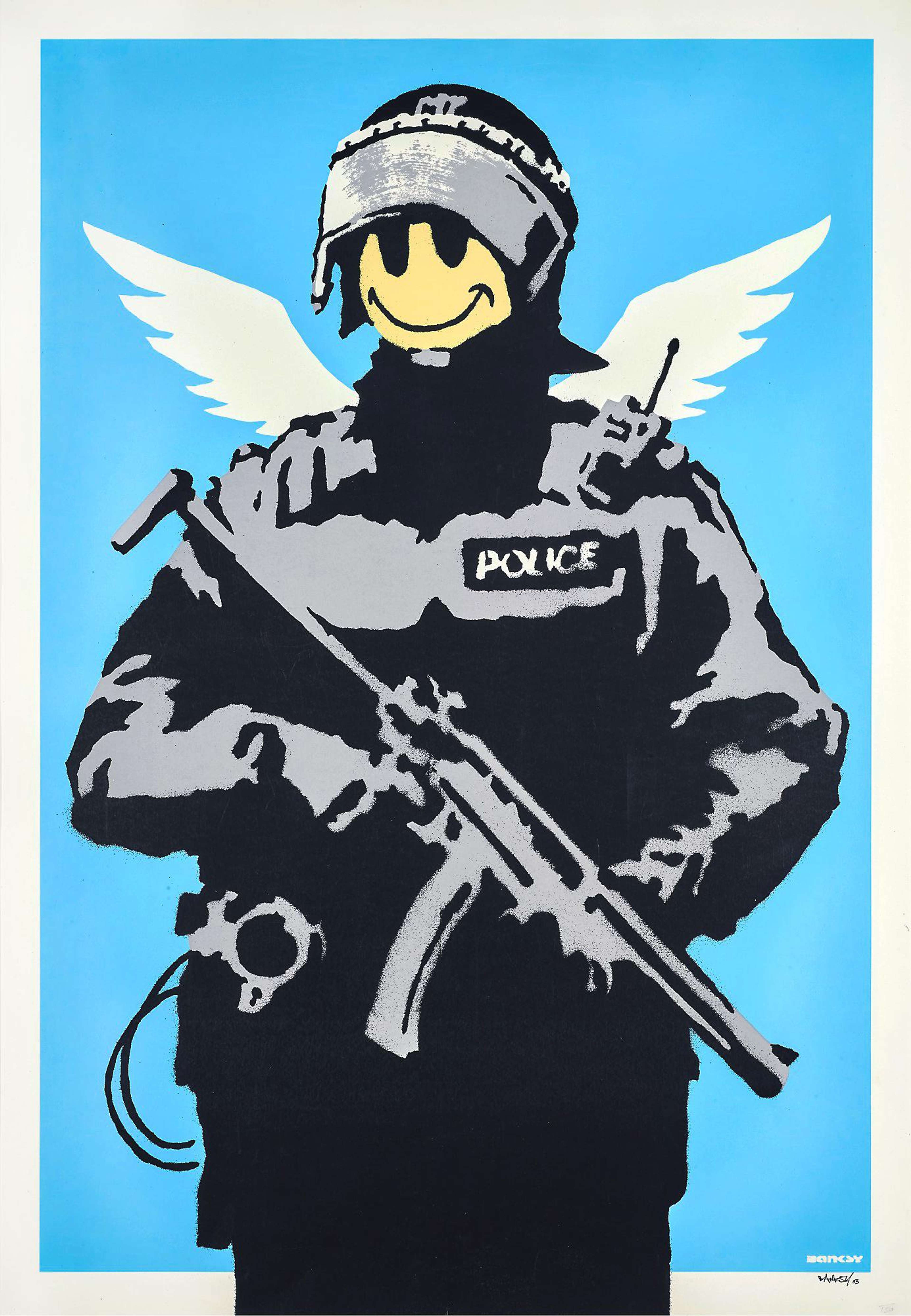 Flying Copper is a famous screen print by Banksy featuring his often used smiley face symbol. This signed screen print is an edition of 150, released in 2003.

Flying Copper is one of Banksy’s earliest and most iconic images known around the world. The print shows an armed British policeman in complete riot gear: machine gun, walkie-talkie, cuffs, helmet – with an insertion of a disarming ‘smiley face’ (synonymous with Britain’s ‘90s rave culture) and a pair of sprayed angel wings. The background is a block of bright, sky blue.

This print is a quintessential example of Banksy’s style featuring contrasting aesthetics - photo-realistic stencils combined with graphic features demonstrates the vast disparity between what we associate with the ‘smiley face’ (happiness), and what we associate with riot gear (fear and intimidation). The little angel wings on the policeman’s back accentuate an amusing juxtaposition between morality, truth, military control and intimidation. It is usual for Banksy to remind us to be sceptical and wary of authority figures abusing power and the police have been a frequent target of his critiques, such as in other works like Donuts, Chocolate and most famously Rude Copper.