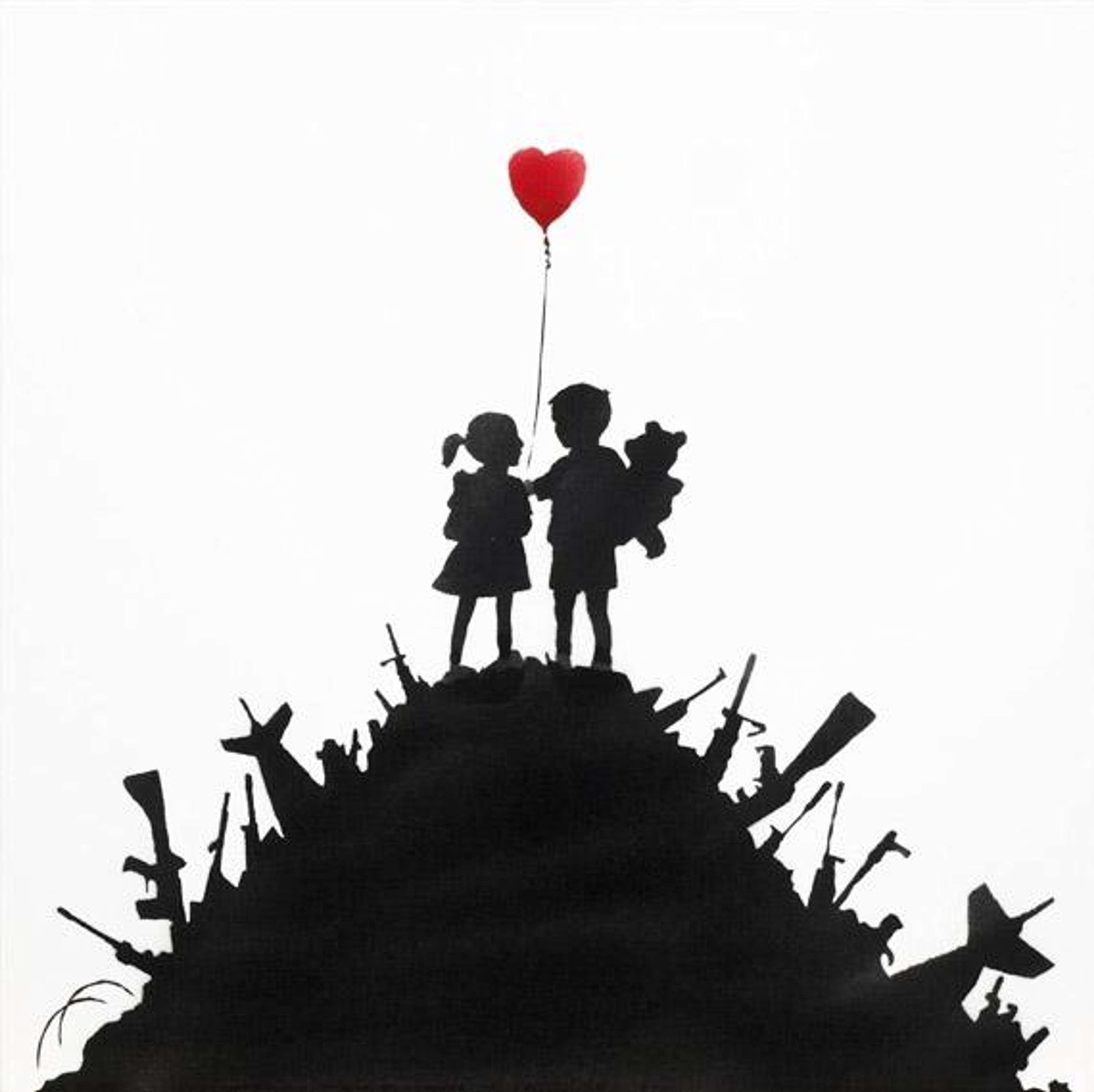 Kids On Guns is one of Banksy's most revered works. The canvas which was made in 2004 and comes in an edition size of 25 depicts the silhouettes of two young children standing on top of a hill made of guns. The young boy is holding a teddy bear and the girl is holding a red, heart-shaped balloon. The image of a young female holding a heart-shaped balloon reappears in many of Banksy’s artworks and has become an iconic image closely associated with the artist’s name.

In Kids On Guns the children Banksy depicts can be interpreted as representing childlike innocence. The balloon can be seen as a symbol for love and hope, while the pile of guns beneath represents the violence and suffering caused by war. The image can be read in two ways, both as a hopeful piece, suggesting that humanity can come together to overcome violent conflicts, but also as a pessimistic commentary on the devastating effect that war and conflict can have on society.