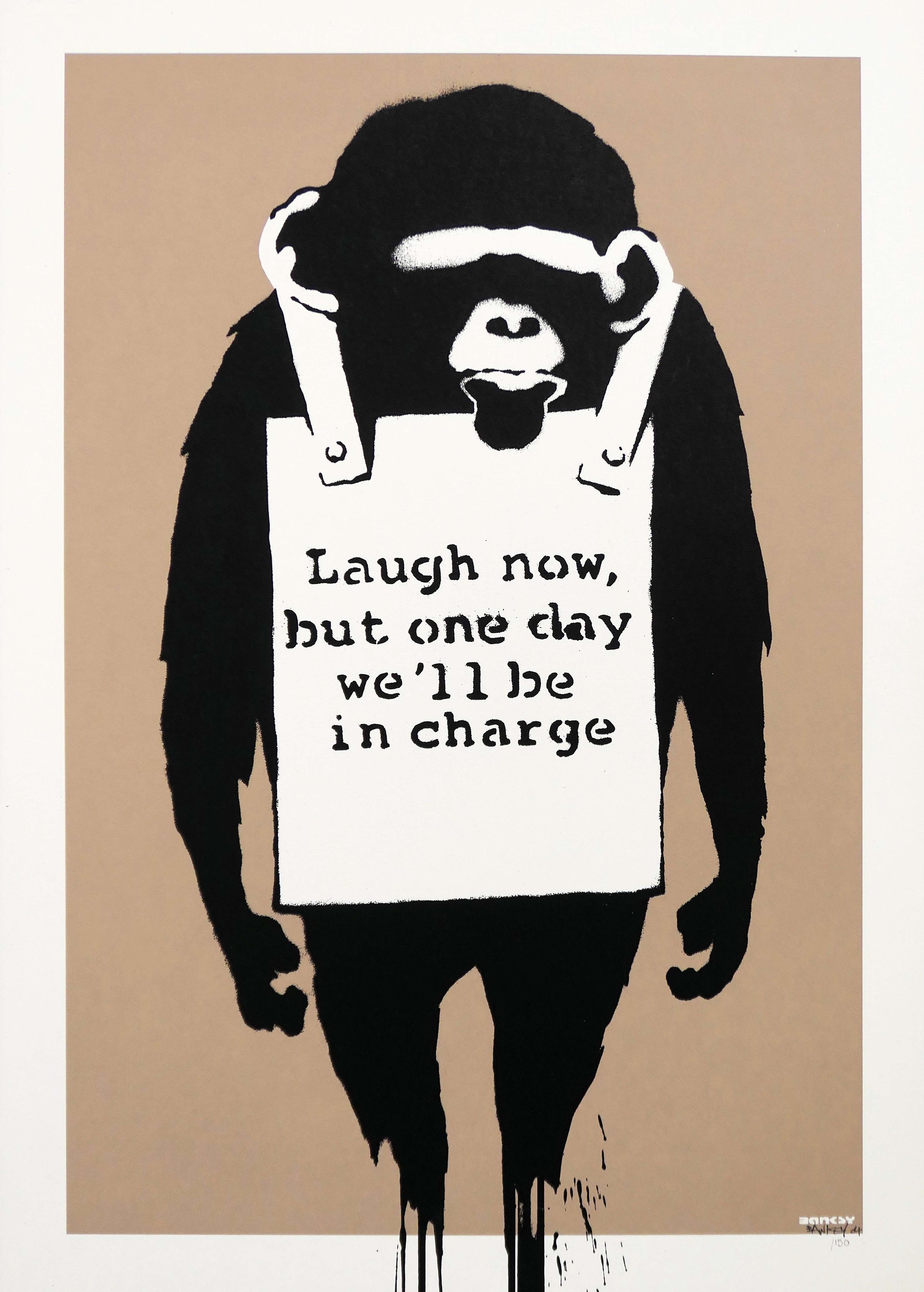 Laugh Now is one of the earlier and thus highly desirable signed Banksy screen prints in colour from a limited edition of 150, released in 2003.

‘Laugh now, but one day we’ll be in charge’, reads the sandwich board worn by the eerie monkey in this 2003 Banksy signed print. Much like with Banksy’s visual vocabulary in general, there can be various interpretations for the monkey figure in this work. It can be viewed as a representation of the oppressed, who walk the streets until they’re exhausted in order to spread their message. Or perhaps it is simply a monkey, by which Banksy is commenting on how man has enslaved animals for centuries, including his primate cousins, much like he does in the work Barcode with a leopard, or it could be a symbol for the common man, the average Joe who is downtrodden by class wars and enslaved by capitalism, themes that Banksy regularly revisits through different characters such as a rat in other famous prints like Love Rat and Gangsta Rat.

Laugh Now was a commission before being released as a print, it appeared in a nightclub in Brighton and eventually went on to be sold for almost half a million dollars.