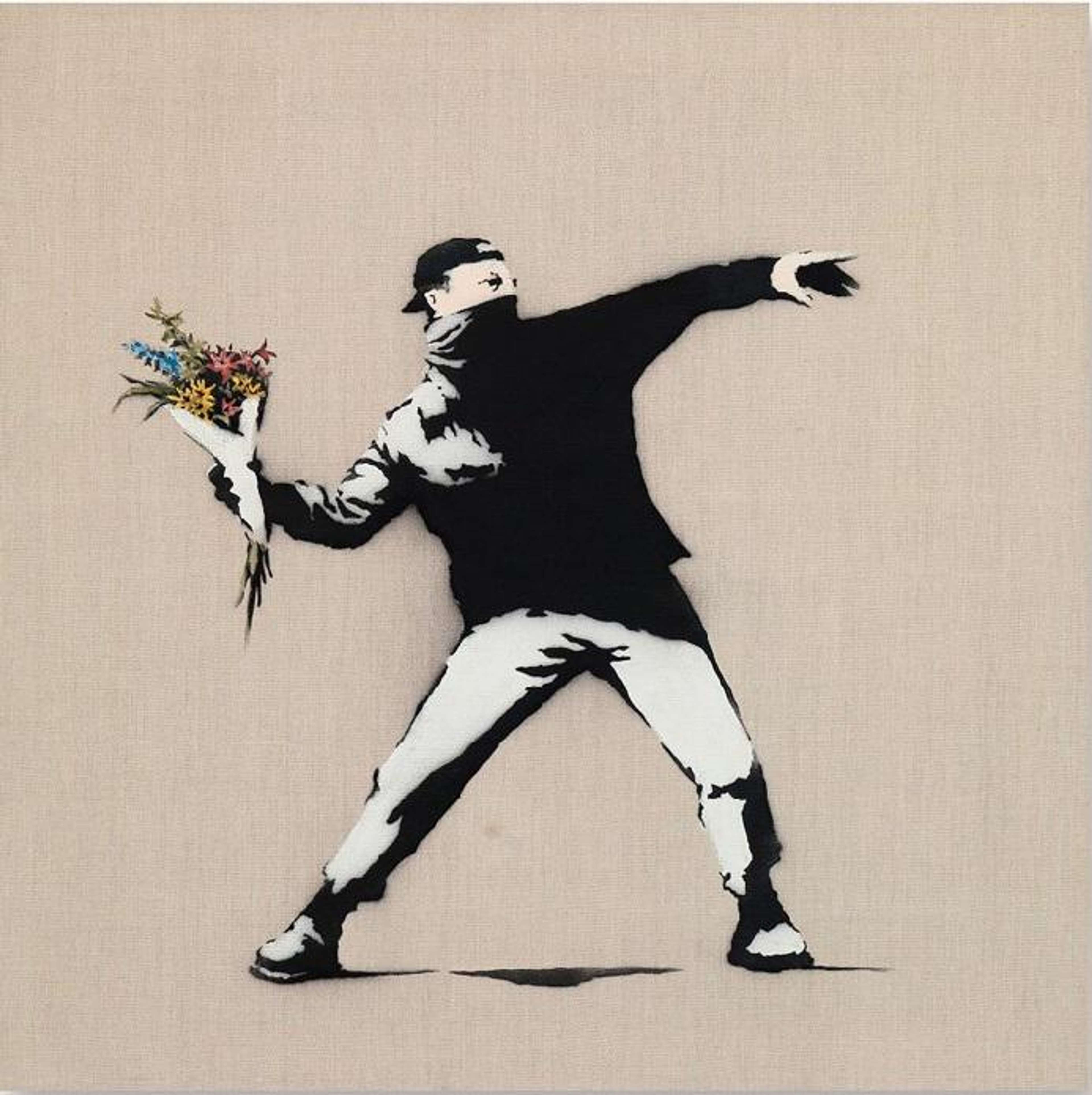 Love Is In The Air (Flower Thrower)
Signed Mixed Media

Love Is In The Air (Flower Thrower) is an oil and spray paint on canvas produced by British street artist Banksy in 2006. The canvas comes in a signed edition size of 15 and shows a man wearing a kerchief covering his mouth and nose and a baseball cap. The man is rendered using spray paint and a stencil in black and white. Captured in motion, the man appears to be throwing a bouquet of flowers at someone or something outside of the composition. Banksy uses coloured spray paint to depict the flower stems protruding from the bouquet. This hint of colour contrasts with the black and white which dominates the rest of the image.

The image resonates strongly with images of campus and street riots from the 1960s. While the viewer cannot see the man’s face, he seems frustrated or angry given his aggressive stance and tense posture. The way in which the man is caught throwing the bouquet resembles images of people throwing rocks or molotov cocktails during riots.

Banksy’s artworks are often steeped in anti-establishment values and this image has been interpreted as the man bombing the establishment with flowers. As the flowers are rendered in colour, there is a hint of optimism within this artwork as it suggests there is hope for a peaceful resolution to conflict.