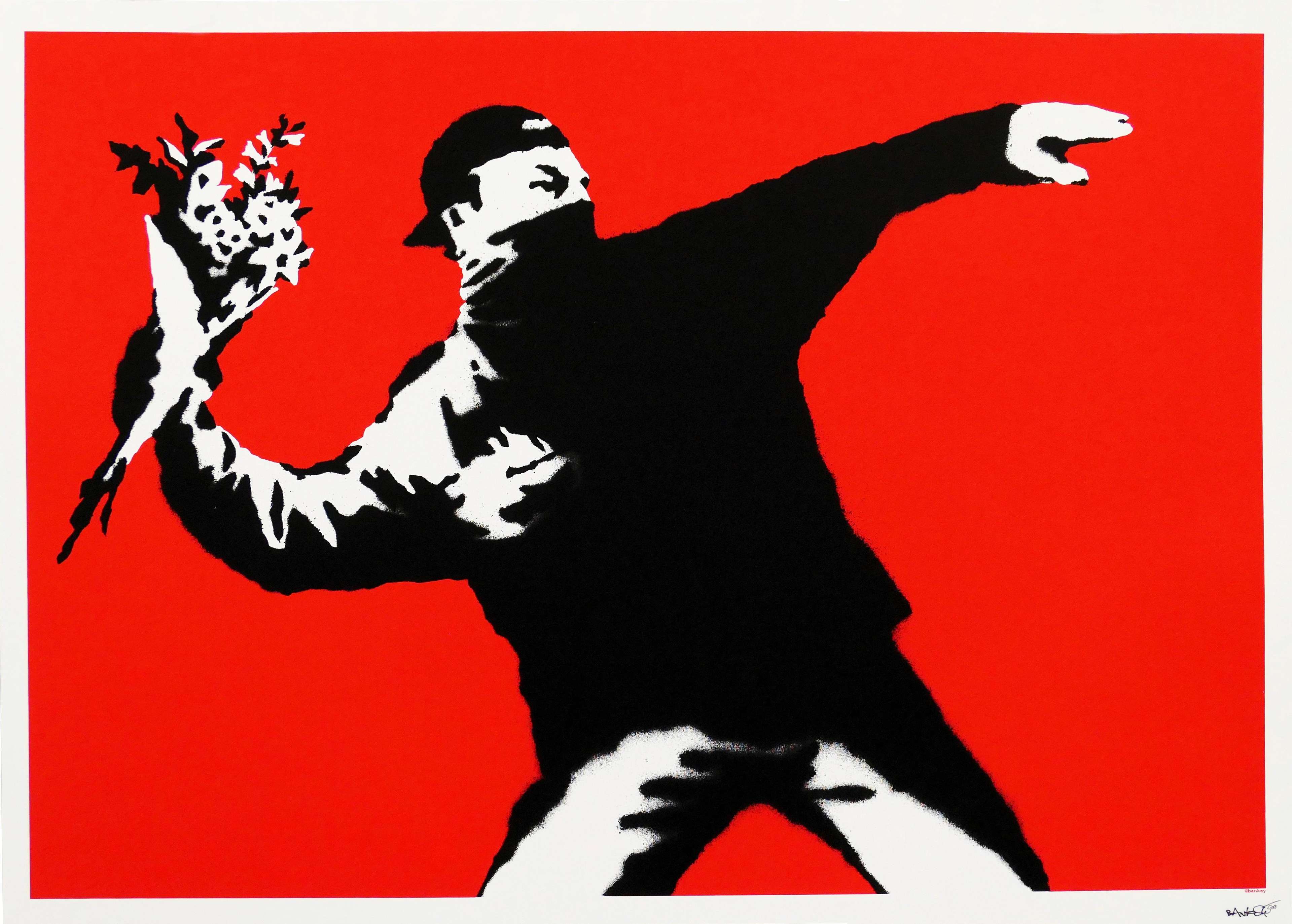 Love Is In The Air (Flower Thrower)
Signed Print

Love Is In The Air (Flower Thrower) is one of Banksy’s earliest and most iconic images, released as a limited edition screen print in a series of 500 in 2003, the first 50 were signed.

Love Is In The Air (Flower Thrower) features Banksy’s signature stencil style reaching back to his beginnings as a graffiti artist. The image depicts an angry young man wearing a bandana as a mask, in the action of throwing what could be a rock or a Molotov cocktail, but instead is a bouquet of flowers.

This famous is considered to be reminiscent of pictures from 1960s campus and street riots around the globe It has been interpreted as a representation of love and peace as an essential weapon for protestors if they want to achieve true change, instead of more violent means. It appeared as graffiti in the conflict-ridden Gaza strip area of Jerusalem as an indication by Banksy that there still might be hope for a peaceful solution in the ongoing struggle between Palestine and Israel. This print is largely monochromatic with a block-red colour background.