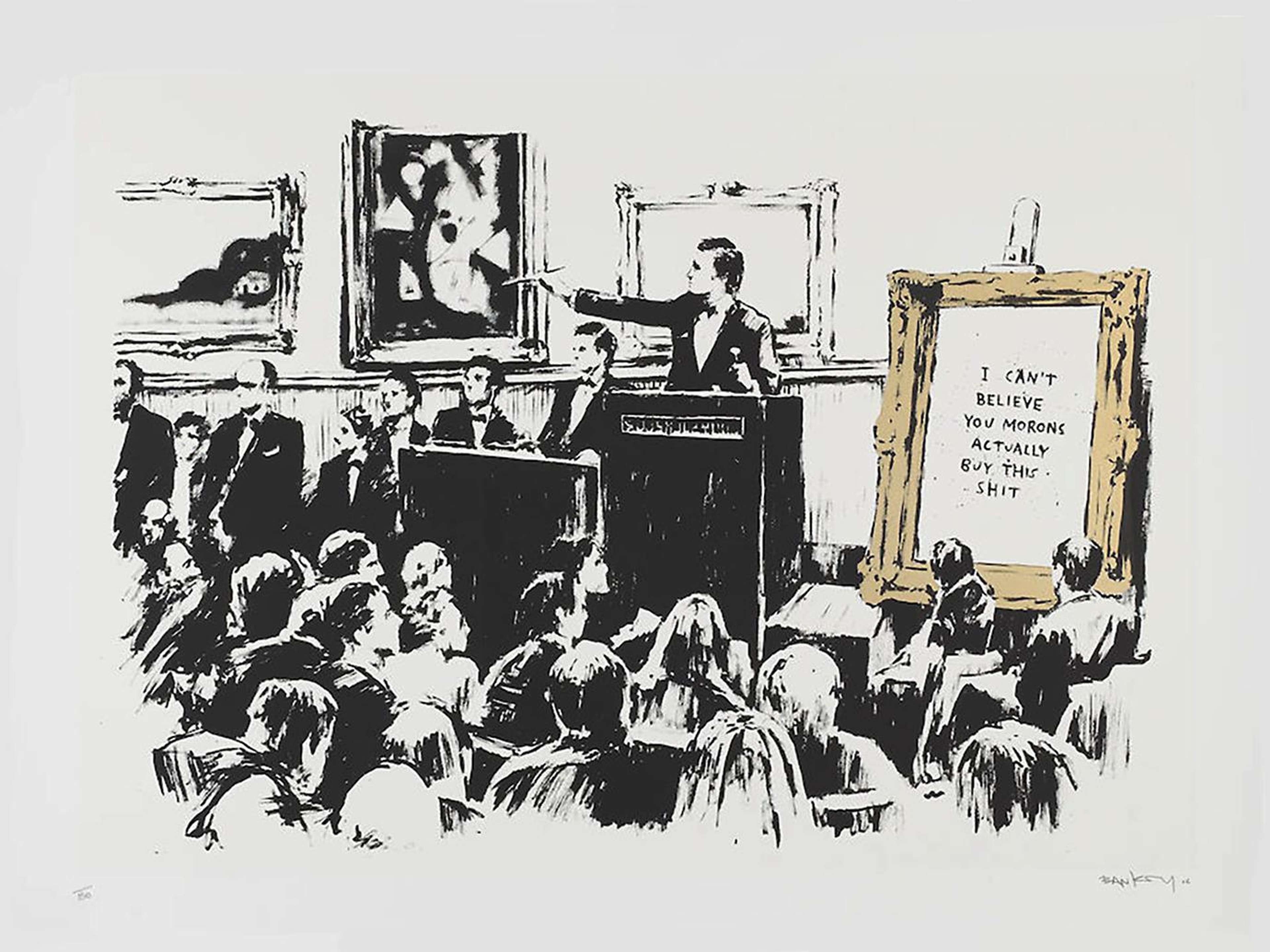 Morons (LA edition White) is the white and gold version of Banksy’s most iconic image, released as a signed screen print as an edition of 150 in 2007.

Morons is one of Banksy’s most scathing attacks on the extraordinarily high prices his, and many other artists’ artworks generate. This largely monochromatic original screen print in Banksy’s signature style portrays an auction room full of people in suits bidding for a number of artworks, including one in a gold frame (the only colour in the image) that reads, ‘I can’t believe you morons actually buy this shit’.

Banksy’s relationship with the art market is notoriously controversial, which is precisely why he is so successful. The artist has expressed similarly critical opinions of the art world’s commercialism through public pranks such as the famous incident in 2008 at Sotheby’s auction of Girl With Balloon, which, after the hammer struck down at a record price, ceremoniously shredded itself in front of the audience.

Morons first appeared on Banksy’s site following a record-breaking auction result for one of his canvases.