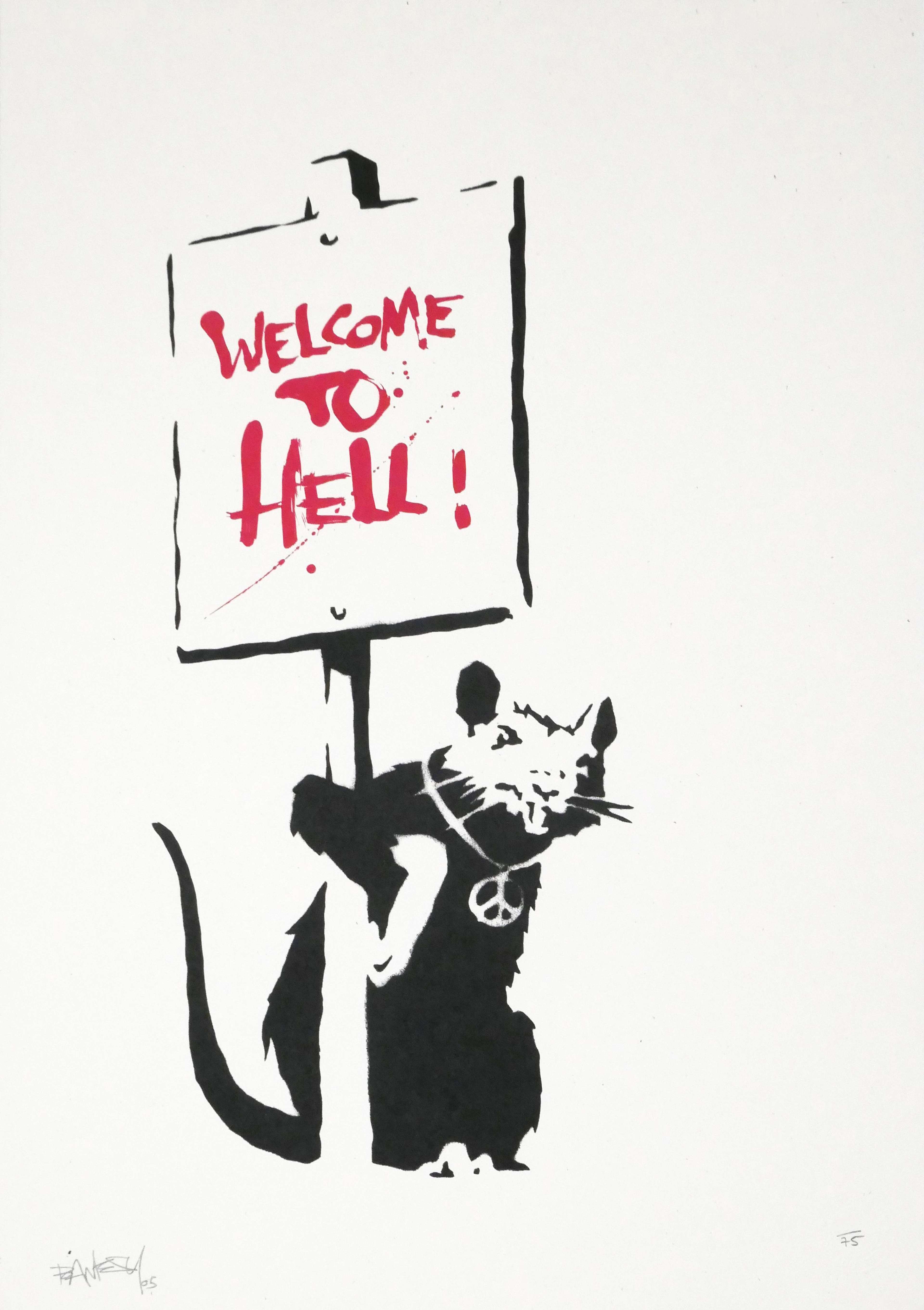 Welcome To Hell is a highly coveted print from Banksy’s Placard Rat series, released as a signed screen print in an edition of 75 in 2004.

Welcome To Hello (Placard Rat) is an original, limited edition screen print by Banksy. The print features a monochromatic stencil rendering of a rat, which is one of Banksy’s most famous motifs, wearing a necklace with a peace sign and holding a placard that has been sprayed with red paint reading ‘Welcome to Hell’.

There can be many possible contextual interpretations for this print, such as a general anti-violence statement that is in line with Banksy’s adamant rhetoric, or a commentary on urban gang culture and thus a call for peace. The red peace symbol appears across the artist’s oeuvre, including in the artwork CND Soldiers, depicting a couple of soldiers in full gear painting the striking sign onto the backdrop behind them. Banksy often creates monochrome prints with only a splash of colour in order to highlight the central element or message of the piece.

The Banksy artwork Welcome To Hell (Placard Rat) was released alongside Because I’m Worthless and Get Out While You Can. The print came out in 2004, and there were 175 unsigned prints (with a mixture of pink and red lettering). Other famous Rat prints by Banksy include Radar Rat and Gangsta Rat.