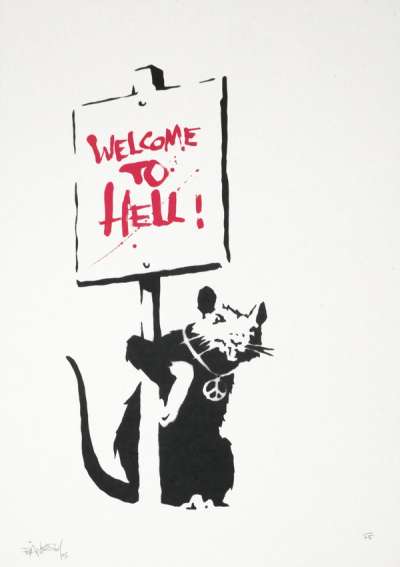 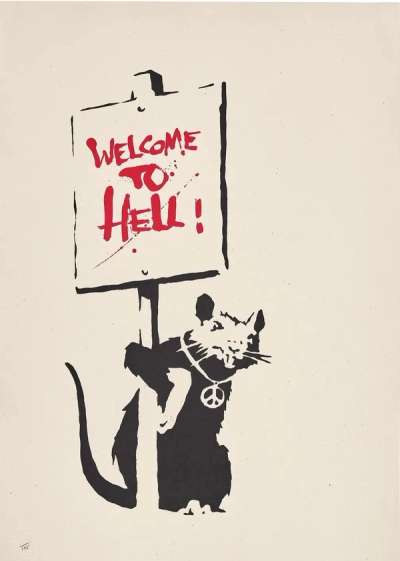 The violence of the message is contrasted by the peace sign around the rat’s neck in a complex double entendre that is characteristic of Banksy’s prints. The artist’s position on law enforcement, militarism, capitalism and consumerism is well known, and this work seems to encapsulate those beliefs with a clear warning against modern life in the over-surveilled city.

The other two works from the series, titled Get Out While You Can and Because I’m Worthless, and were released in similar edition sizes. The whole series contains only 75 signed prints and 175 unsigned prints, each with red or pink colour ways. The placard rat is among Banksy’s most recognisable characters, appearing several times in murals on the streets of London.

Rats feature heavily in Banksy’s iconography, thanks in part to the influence of prolific French street artist Blek le Rat who began spray painting the animals on the streets of Paris in the '80s, sparking a whole urban art movement in France. To learn more about Banksy's rats, see our guide here. 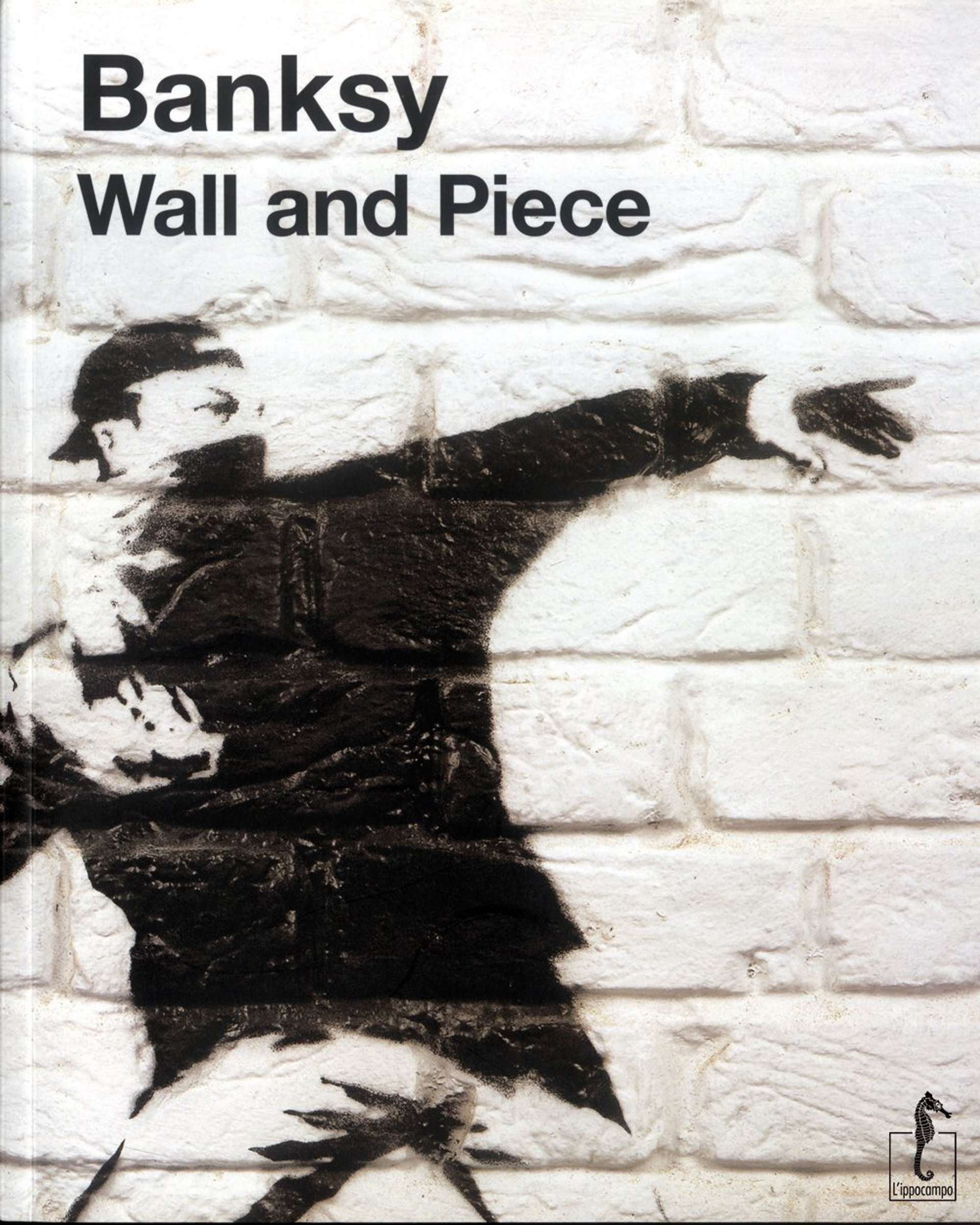 1. Why does Banksy use rats in his artwork?

“I’d been painting rats for three years before someone said ‘that’s clever, it’s an anagram of art’ and I had to pretend I’d known that all along,” Banksy wrote in his book, Wall and Piece.

For Banksy, each rat brings his political and social commentary to life – they present street artists, rebels, the downtrodden masses and anyone who feels rejected by society. On another page from Wall and Piece, the artist wrote:

“Rats exist without permission. They are hated, hunted and persecuted. They live in quiet desperation amongst the filth. And yet they are capable of bringing entire civilisations to their knees. If you are dirty, insignificant and unloved then rats are the ultimate role model.” 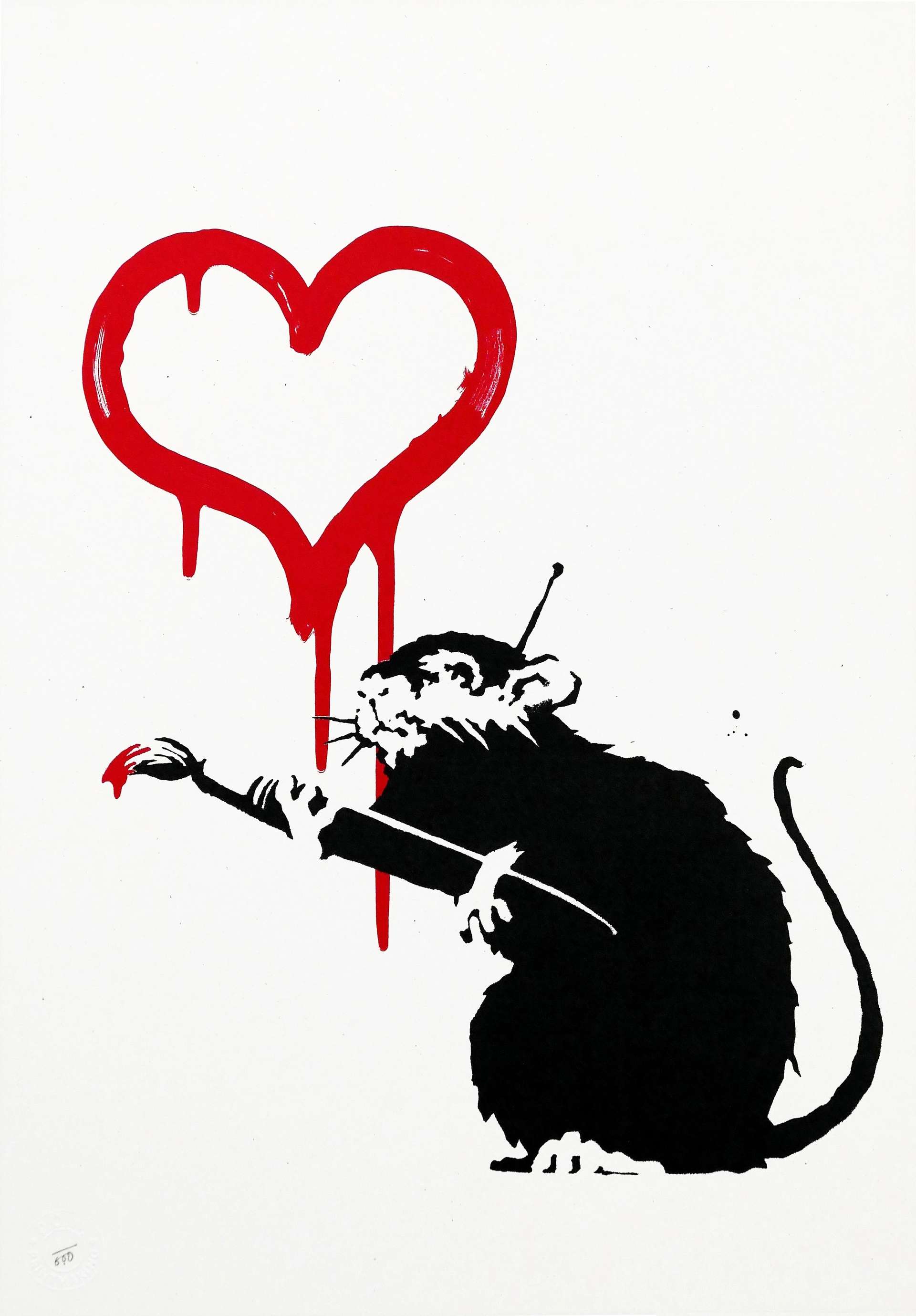 2. Banksy’s Love Rat was the first rat to be made into a print

Love Rat originally appeared as a mural on the streets of Liverpool. It was released as a print in 2004, in 150 signed and 600 unsigned editions. At first, it appears that Love Rat was intended to spread love, but the bleeding heart may be a reminder that love can cause pain and suffering, as well as joy. Banksy even promoted this idea, suggesting a Love Rat print is “ideal for a cheating spouse”. 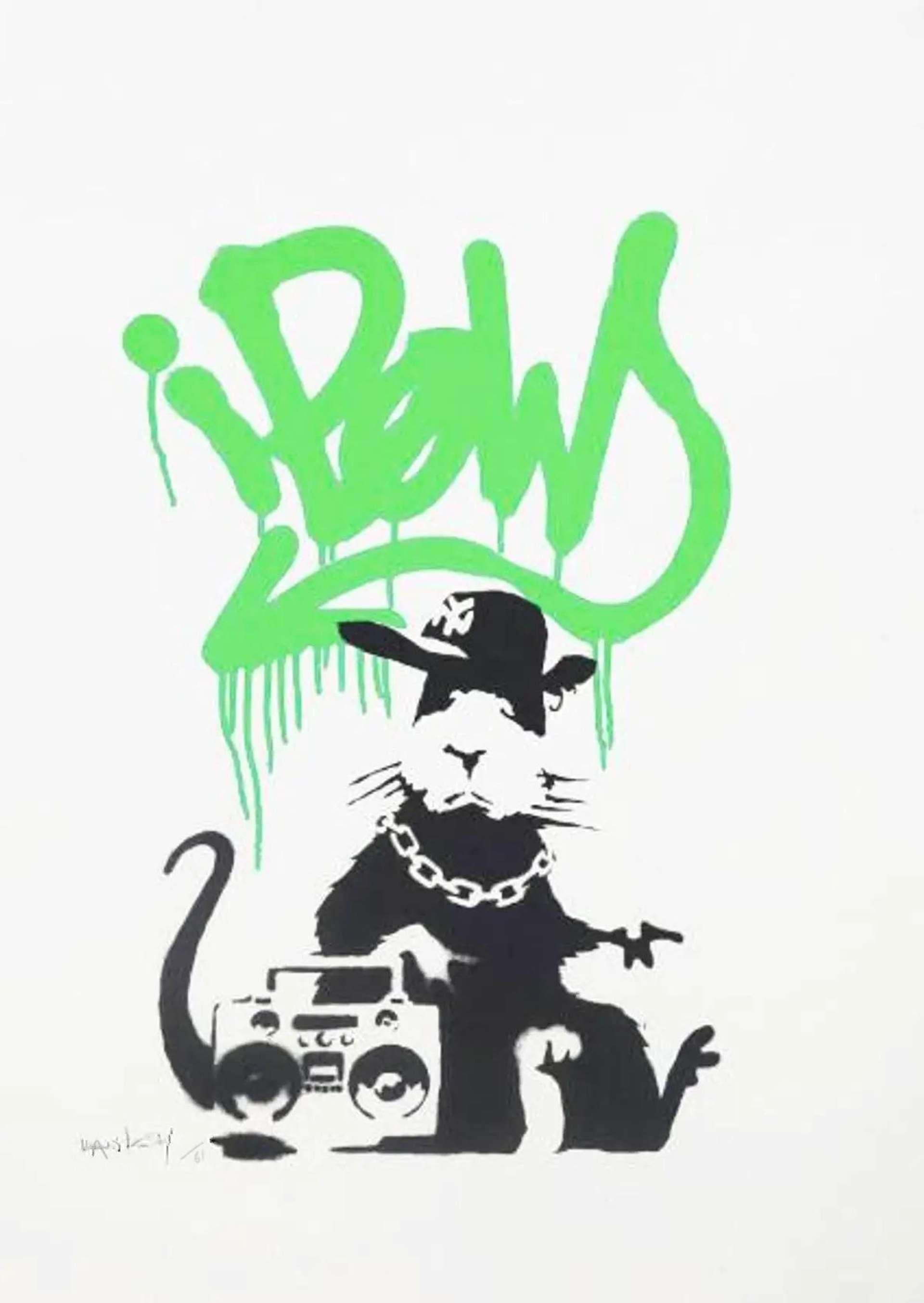 Gangsta Rat, wearing a New York Mets baseball cap, a chain necklace and a boom box, is a homage to the urban art and music scene that was fashionable in the UK in the 1980s and 1990s. The tag behind it, ‘iPOW’, references Apple’s i-products, but POW stands for Banksy’s older printers, Pictures on Walls. The artwork originally appeared as a mural in London in 2004. Later that same year, Banksy released Gangsta Rat with a red ‘iPOW’ as 150 signed and 350 unsigned prints. In 2015, he re-released the print in six additional colourways, including pink, mint green, green, orange, blue and grey for special Dismaland VIP collectors. 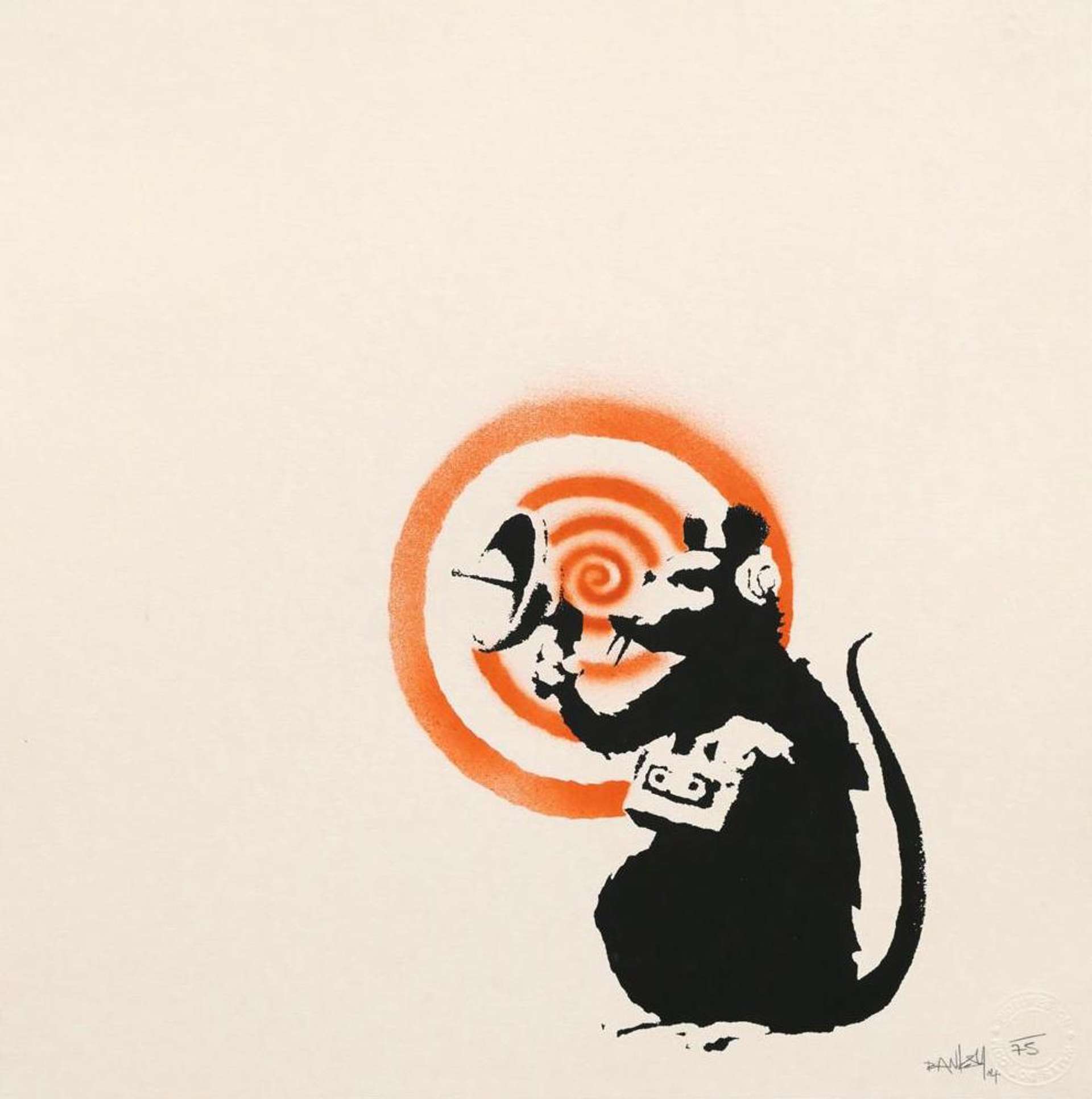 Get Out While You Can (Placard Rat)