Contrejour In The French Style 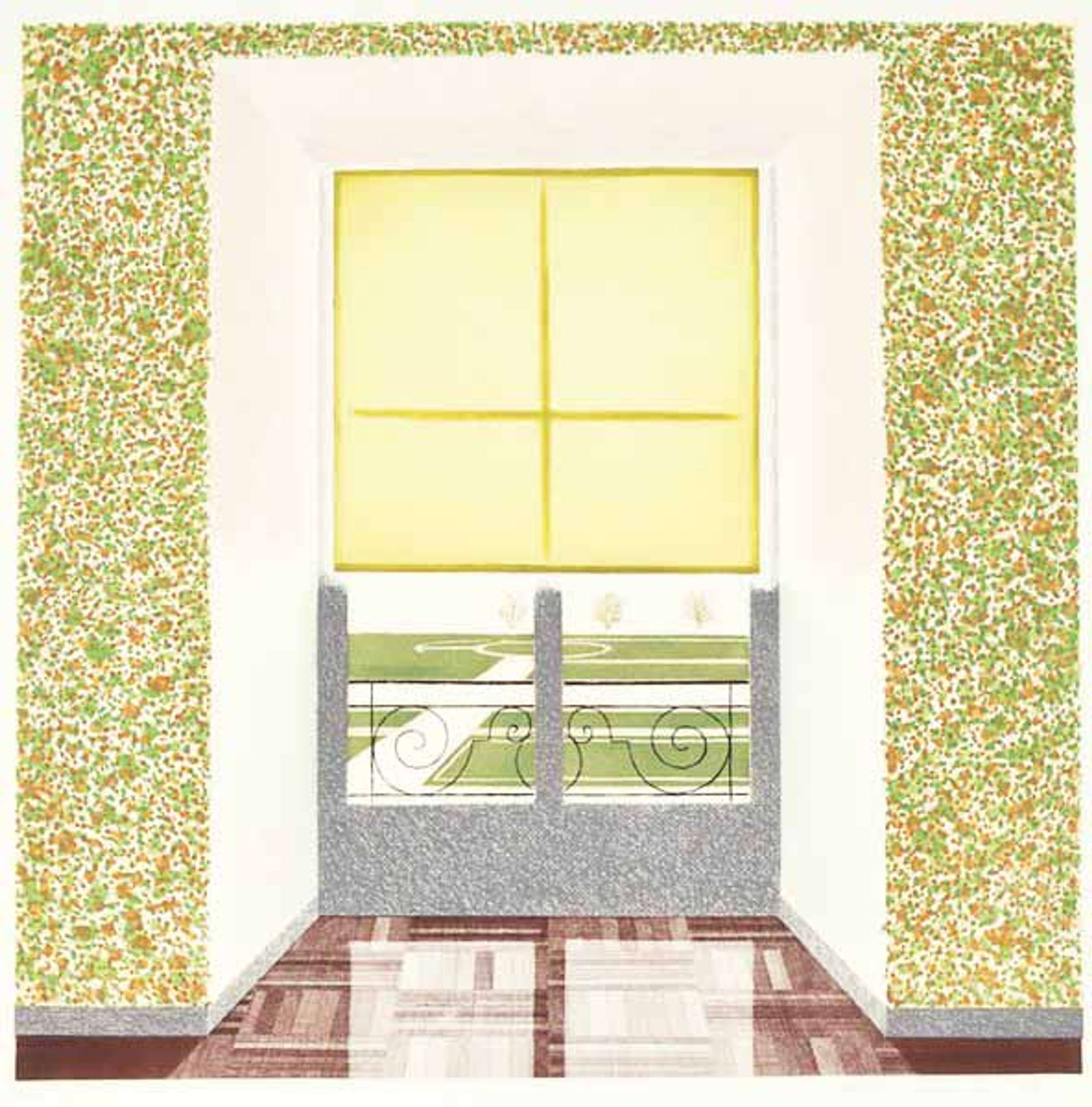 Produced in 1974, this signed print by British artist David Hockney was issued in a limited edition of 36, it was produced during Hockney’s second year in Paris, a location he had moved to from London, and depicts a window and parquet flooring. Based on a series of photographs, it makes use of the photographic technique contrejour.

Contrejour In The French Style is a signed print by venerated British artist, David Hockney. Issued in a very limited edition of 18, the print was made in 1974. The previous year, Hockney had moved from London to the French capital, Paris. This particular piece was based on a series of photographs Hockney took of a park, much like that at Paris’s Invalides or Champ de Mars, near the Eiffel Tower, as viewed through a window. Here the window acts as a rhetorical framing device, much like the trompe l’œil picture frames in the artist’s A Hollywood Collection series, or the theatre drop curtain in Hockney And The Stage. The print references its origins in a series of photographs taken of the same scene, its the garden scene, partially obscured by overexposure, being an example of the photographic technique contrejour. Commenting on what was a challenging move to the French capital, Hockney once remarked, ‘Paris has been painted by so many people. By very talented artists, much greater than I am… I want to take up the challenge, because it’s worth the trouble  and I like to make life difficult for myself. If you want to paint anything worthwhile you shouldn’t be afraid of stepping up the pressure. That suits me. I’ll stay’.