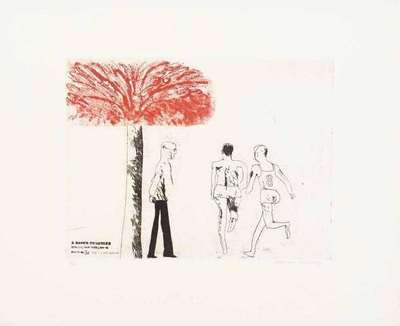 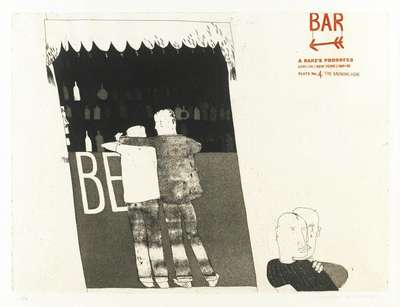 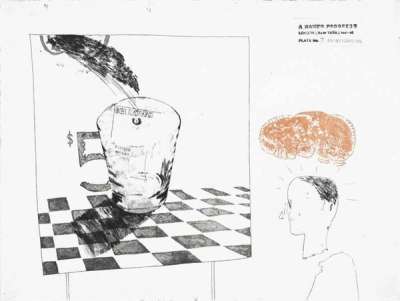 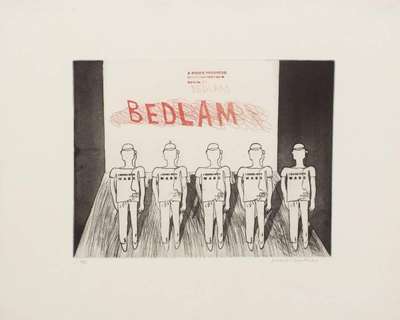 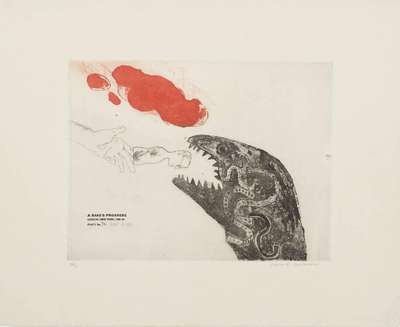 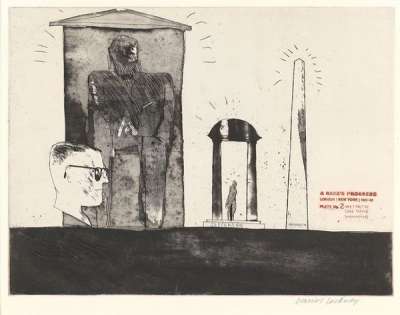 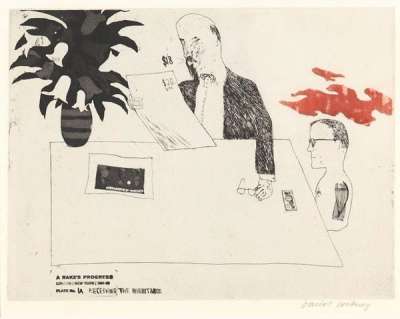 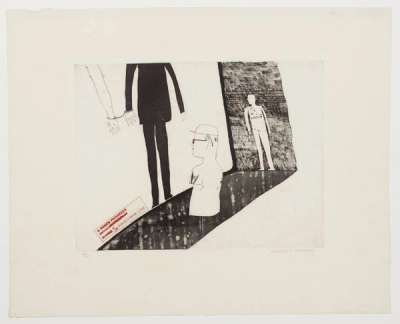 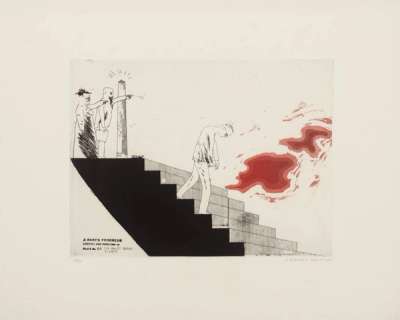 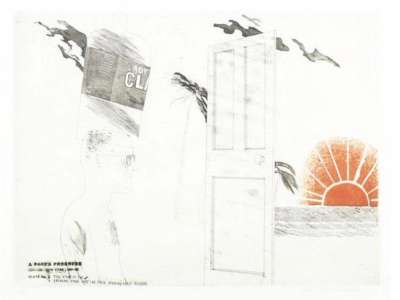 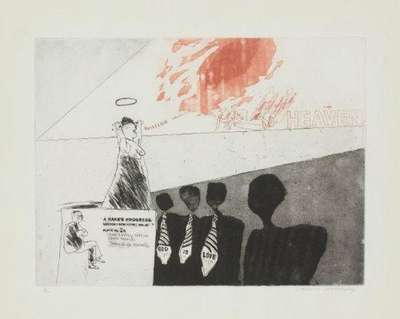 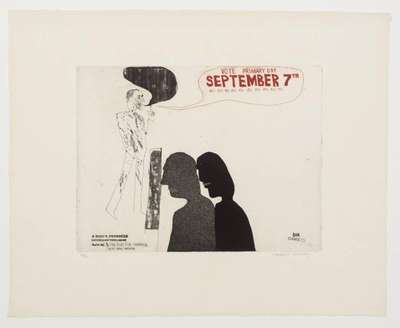 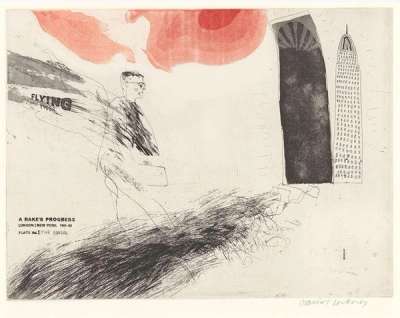 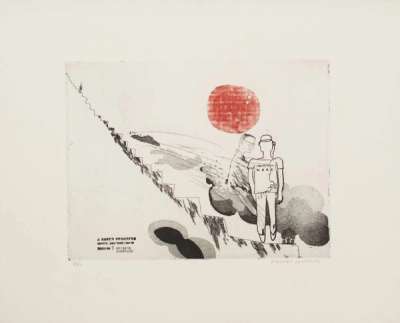 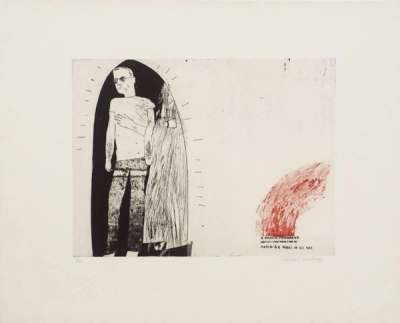 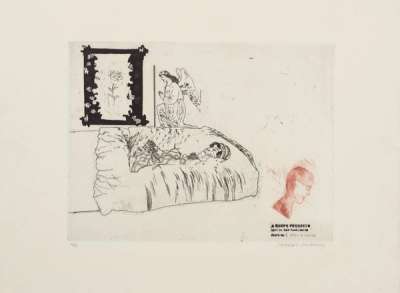 A take on Hogarth’s famed series, Hockney’s 16 etchings, A Rake’s Progress, is loved for their experimental take on composition and storytelling. Produced in 1963 A Rake's Progress comprises sixteen etchings that took two years to complete. Published in an edition of 50 by Alecto they were immediately popular with critics for their experimentation with form and composition and confirmed Hockney as an artist of note.

Hogarth’s 1733 series mocked the life of a ‘rake’ who squanders his inherited wealth in gambling dens and brothels before marrying an heiress and eventually ending up in Bedlam. Reproduced in colourful scenes with richly depicted characters and interiors, the prints have all the drama of a soap opera, resulting in a car crash like quality that is hard to turn away from. Hockney’s version of this morality tale is somewhat lighter in subject, depicting the artist’s first trip to New York, and yet it is not without its own darkness.

Where Hogarth’s scenes are packed with detail and realism, here Hockney subverts tradition by offering simple pared back compositions that show a figure that couldn't be any further removed from the young heir of Hogarth's series. While ornament and detail are kept to a minimum Hockney does inject colour into his version, with bold plumes of red adding impact to works such as The Arrival and The Wallet Begins to Empty. Elsewhere the artist’s use of red pulls the viewer’s eye into the scene through text – as in the speech bubble of The Election Campaign – and the sign for the bar in The Drinking Scene.

Hockney began working with etching while at the Royal College of Art and this series, drawn directly onto the plate, shows his growing confidence with the medium. As with paintings such as Domestic Scene from the same year, many of the prints in A Rake’s Progress show Hockney boldly deciding to leave the background empty, choosing to put his subject into an unsettling non place populated only by a handful of objects and signs.