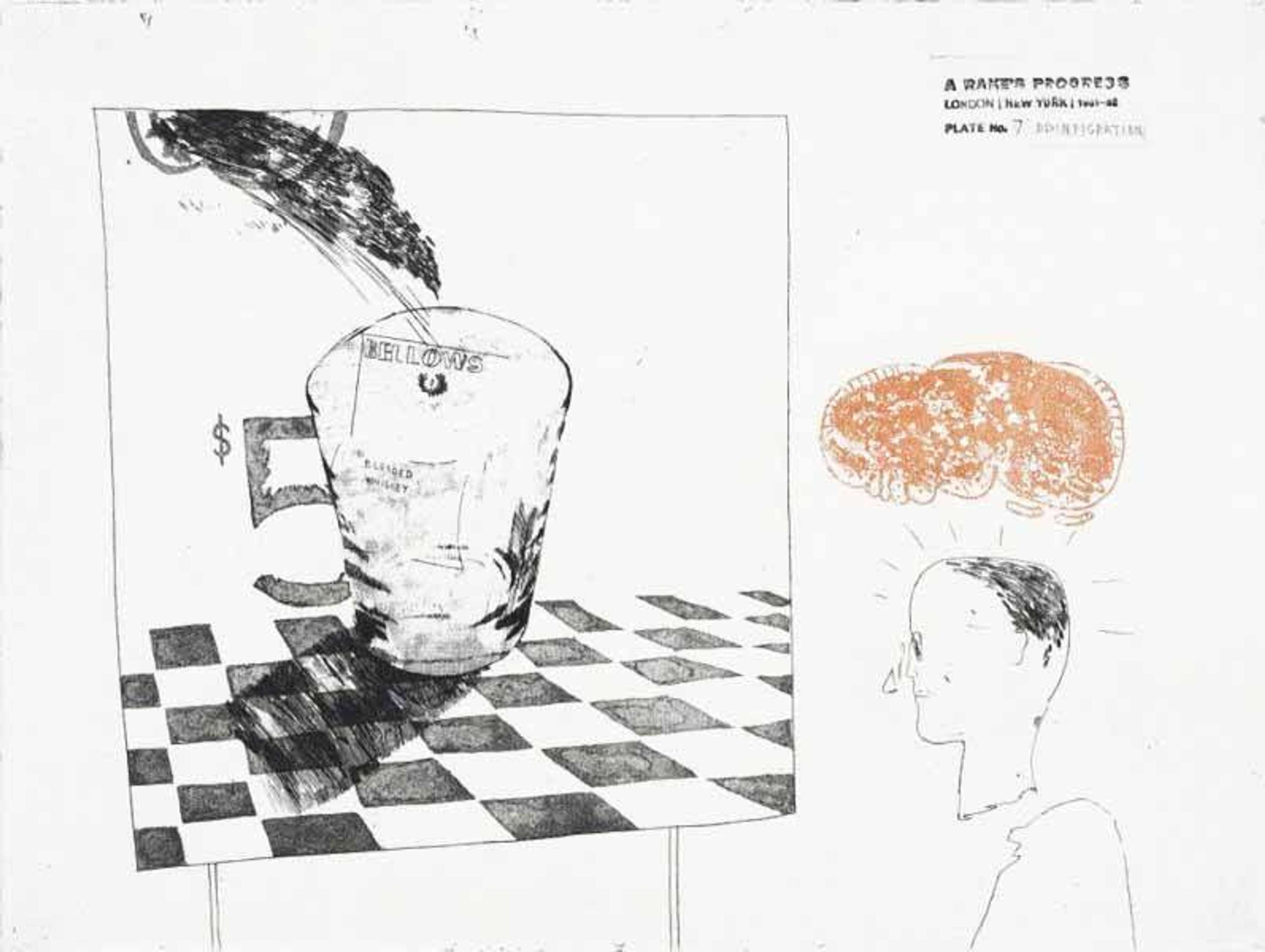 Using both etching and aquatint Hockney has updated the classic series of 18th century prints by Hogarth for modern times. Disintegration is the seventh plate in the British artist’s take on A Rake’s Progress and marks a point of further unravelling in the story, following on from other melancholy or disturbing scenes such as The Wallet Begins to Empty and Death in Harlem.

Based on Hockney's own experience of visiting New York for the first time, the images in this series are haunting portrayals of loneliness and isolation in an alien city. Far from being the lively rake of Hogarth’s story, Hockney’s protagonist is a downcast figure who is struggling to make his way as an artist and gay man. In Disintegration the figure is looking at a billboard advert for whisky showing an empty glass on a checked tablecloth. The figure’s nose appears to have been cut off from his face and above his head is a troubling cloud of red ink. While Hogarth’s scenes are packed with detail, Hockney prefers to leave his compositions spare, the white background adding to the feeling of isolation and uncertainty. This is something he would carry on in later etchings and lithographs including his famous series of portraits of his friends where the details of an interior are left out apart from a chair or a bedsheet.