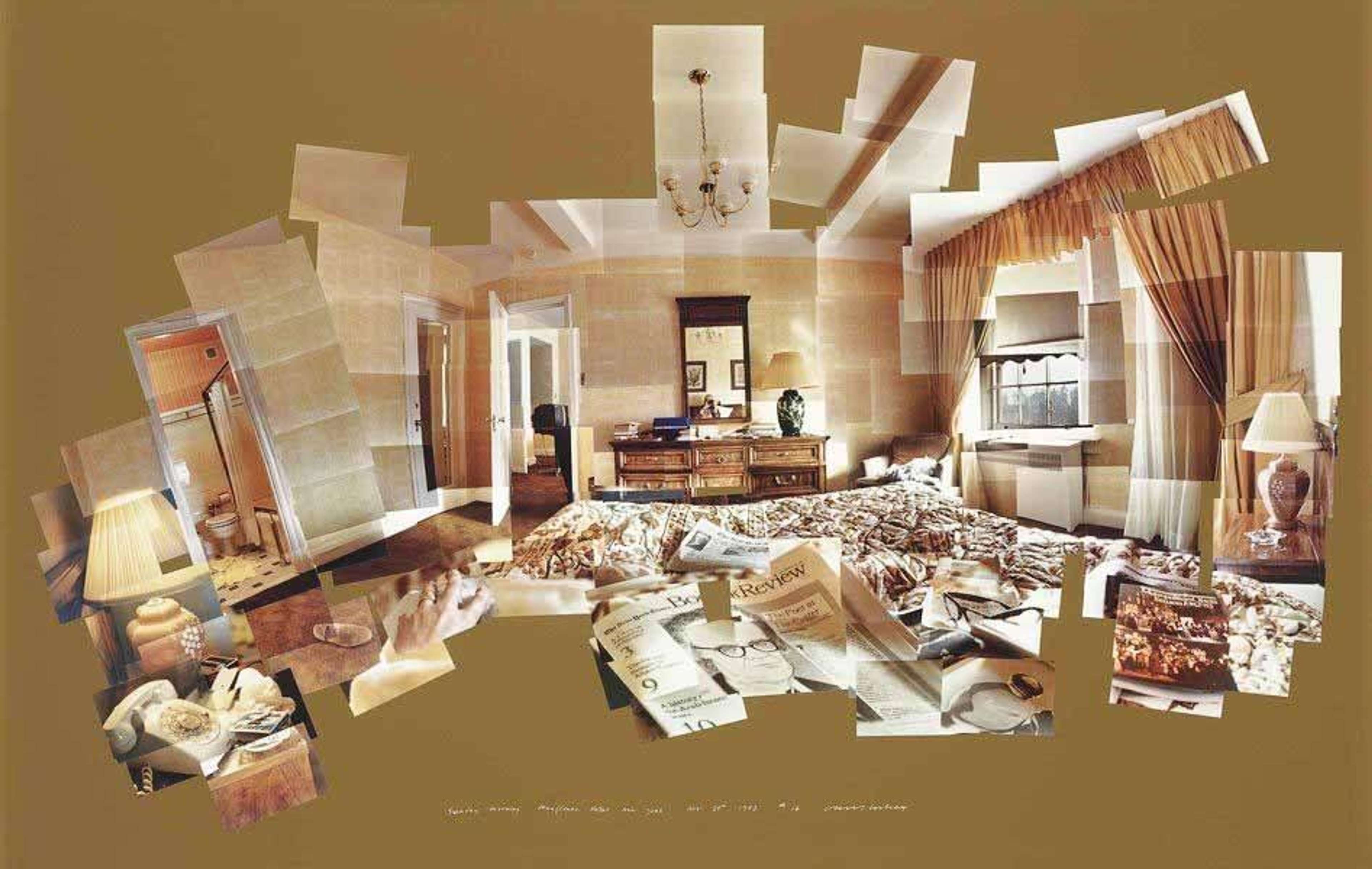 This signed print by British artist David Hockney is part of the Photo Collages collection of works. A limited edition of 20 produced in 1982, it depicts the artist’s morning at a hotel room in New York and is a key example of a string of images produced throughout the 1980s which Hockney dubbed ‘joiners’.

This 1982 print, Sunday Morning Nov 28th Mayflower Hotel, N.Y., by prolific British artist David Hockney belongs to the Photo Collages collection and was released in a limited edition of 20. An example of one of the artist’s many ‘joiner’ images, it eschews the limitations of the camera as a time-based, single-point focused medium. Opting to take many individual photographs of a multitude of details and to arrange them within a single, dynamic composition, here Hockney further develops his innovative approach to image-making. Amongst the many details visible within the ocular scope of the piece is an edition of the New York Times Book Review and the 1982-83 season programme for the Metropolitan Opera – an institution for whom Hockney worked as a stage and costume designer on several occasions (See the Hockney And The Stage series and the 1981 print, Parade (Acrobat)). The presence of Hockney’s hand, complete with its signature gold rings, imbues this piece with a sense of the duration it took to make it; as we notice Hockney’s reflection in the mirror, beamed back to the viewer by way of the camera, we notice that there are in fact three hands visible. Placed at the centre of the composition, Hockney’s two hands clutch the camera in what is a brilliantly executed example of the mise-en-abyme effect. The motif of the mirror recalls the trompe l’œil frames of the print series, A Hollywood Collection, or indeed the drop curtain which is a recurring feature of the artist’s Hockney And The Stage series.