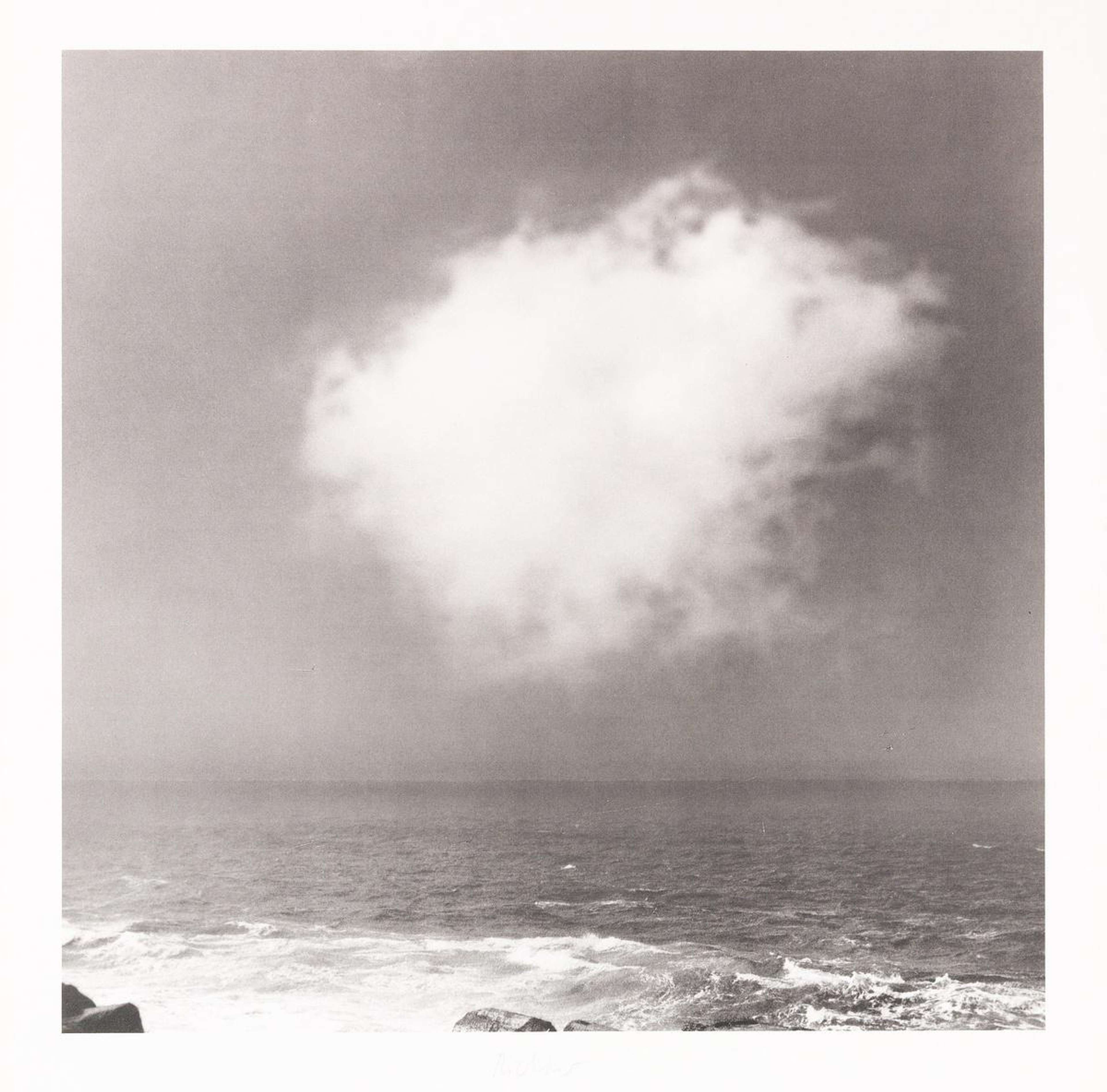 This signed lithograph print by venerated German artist Gerhard Richter was first issued in 1971 in an edition of 150. Part of the artist’s acclaimed Atlas series, it comprises a photorealist, painterly depiction of a clouded sky. Copied from a photograph, it shows a standout example of Richter’s highly-technical painterly practice.

A standout example of Richter’s painterly modus operandi during the late 1960s and early 70s, Wolke (Cloud) is a sublime image marked for its superbly technical treatment of the natural world. Depicting a lone cloud sat above a grey horizon, the beauty of this piece operates by instituting a visual contrast between its foreground - a whispy, ethereal white cloud - and its backround - a gloomy, brooding sky ready to burst with rain. Like other works in the Atlas series, including Schattenbild I (1968), Schattenbild II (1968), and Seestück I (1969), the print speaks to visual strength of Richter’s unique painterly style, as well as the artist’s so-called ‘blur’ effect, which permeates so many of his realist and photorealist creations.

During the late 1960s, Richter was living and studying in the West German city of Düsseldorf - a place known locally as the Schreibtisch des Ruhrgebiets, or ‘writing desk of the Ruhr’. An affluent city famed for housing the offices of large industrial corporations based in West Germany’s coal producing regions, Düsseldorf was - and still is - home to a thriving art scene. Having managed to escape to the West from communist East Germany just weeks prior to the building of the Berlin Wall in 1961, Richter was confronted with newfound personal artistic freedoms. At the Kunstakademie Düsseldorf, he co-founded the Capitalist Realism art movement, parodying the consumer-driven culture of his new surroundings as well as his strict socialist realist training, which he received back in Dresden.