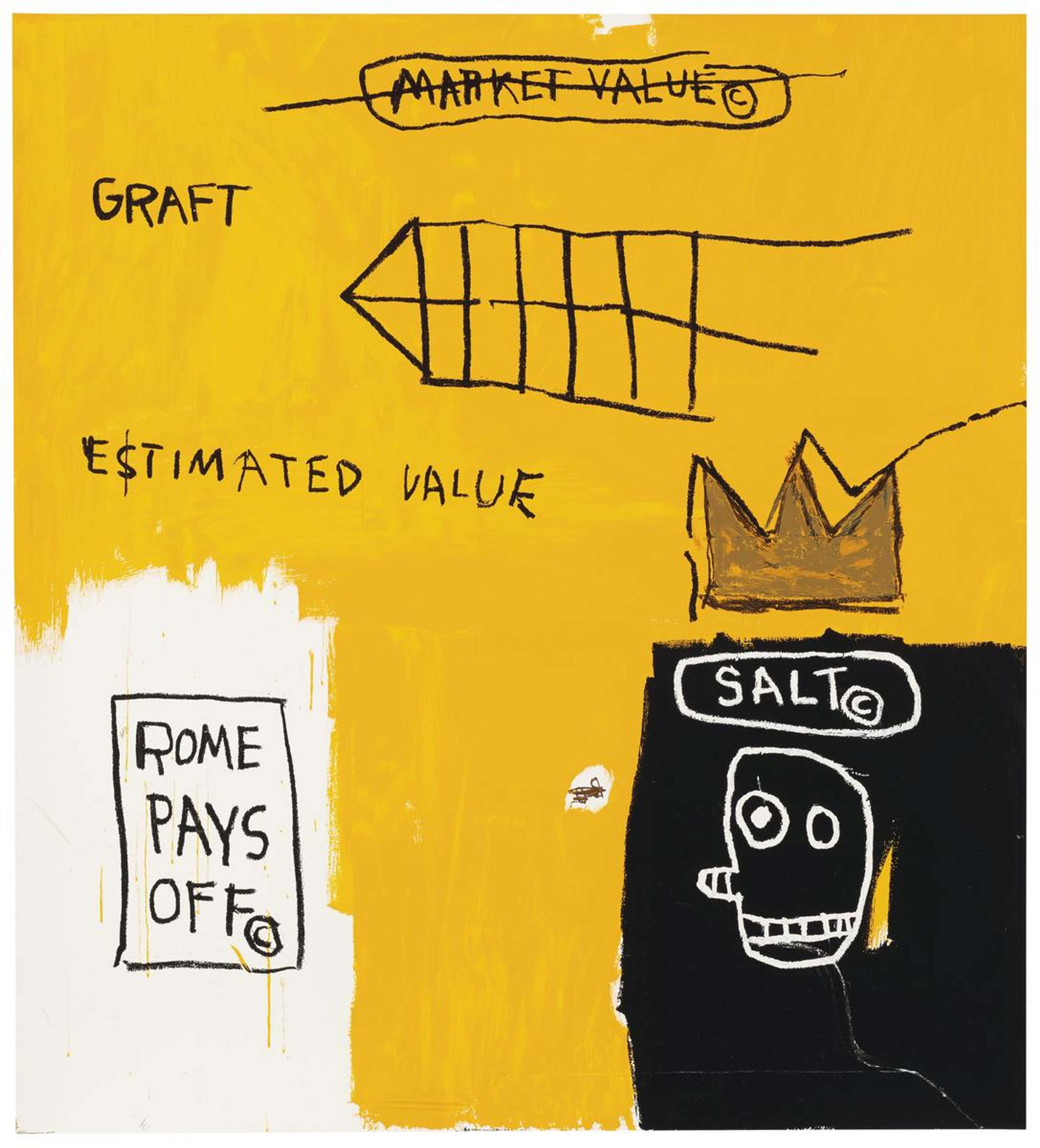 In this fairly sparse piece, a skeletal face is seen alongside a gold crown, and a grid-like form resembling a rocket, rendered in black. This ambiguous shape also suggests an upturned edifice. The titular text ‘Rome Pays Off’, enframed with the copyright sign, recalls the graffiti of SAMO, the graffiti duo to which Basquiat belonged alongside Al Diaz. The countercultural  graffiti produced by the duo on the walls of New York constituted a retort to the vacuity of an increasingly materialistic society. Leonhard Emmerling writes: “In essence, the SAMO religion was a retort against the way in which society uses values and ideals, an art product tailored to a starched society.”

One reading of Basquiat’s use of references to ‘salt’ in his pieces is that it acknowledges the importance of the value of salt to colonial powers in Africa and elsewhere; it was considered a kind of ‘white gold’ due to its export value. The allusion to Rome, together with text pointing to market forces (“Estimated value”) adds to the piece’s underlying themes of empire and capitalism.