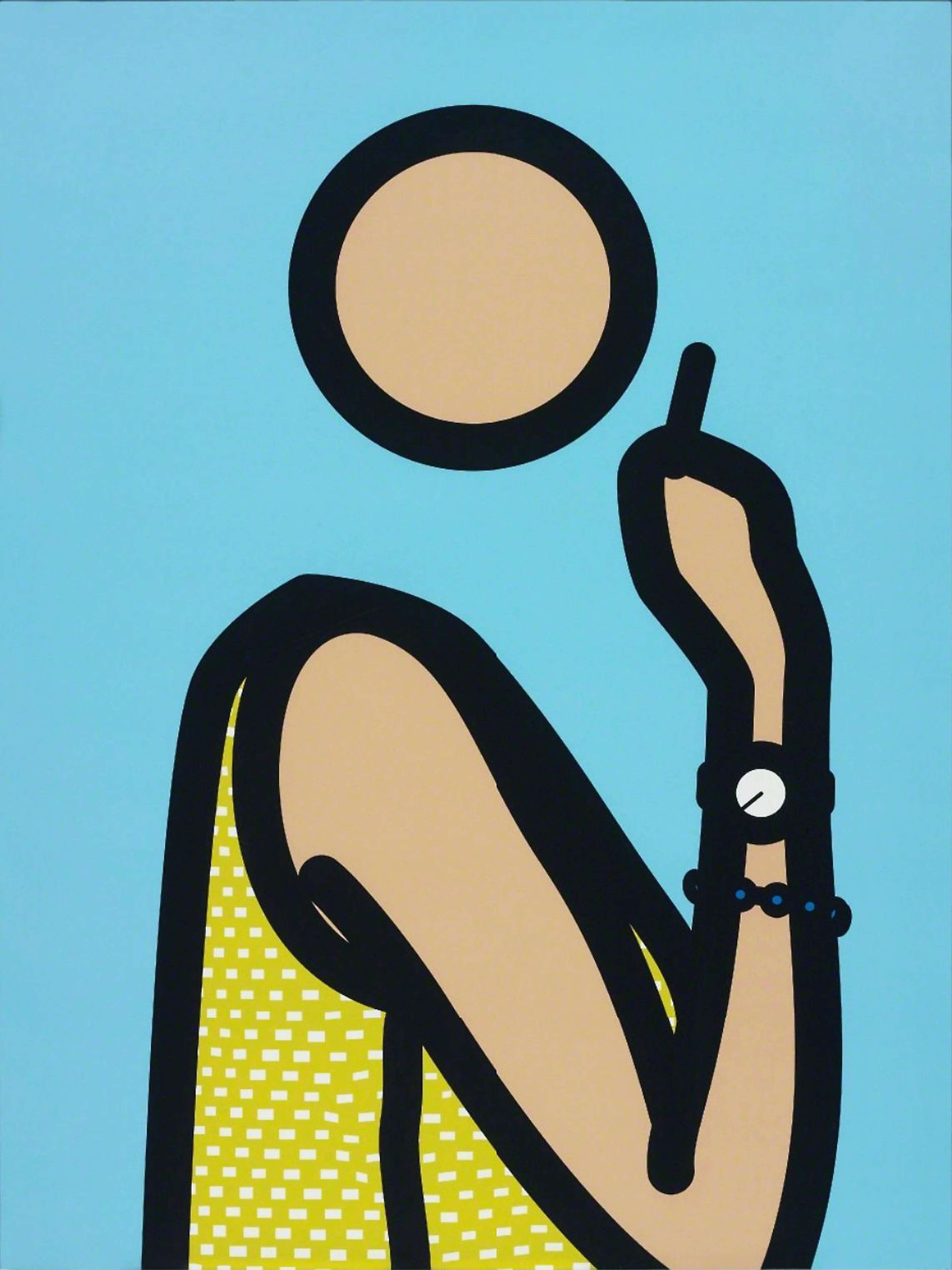 Characteristic of much of Julian Opie’s work from the mid-2000s, Ruth With Cigarette 2 is a three-quarter length portrait from 2005, of an art collector named Ruth, who commissioned the portrait herself. This print is rendered in Opie’s typical figurative style with thick bold lines, simplified shapes and bright blocks of colour.

Ruth With Cigarette 2 shows the sitter in profile, holding her cigarette with her right hand lifted to show a watch on her wrist. As with all the prints in the series, Ruth is shown with a blank, floating circle as a head that crucially in this profile portrait makes it unclear as to whether she is looking out to the viewer or not. This ambiguity surrounding the sitter’s rejection of the viewer’s gaze injects the portrait with a melancholic drama that would not otherwise be felt if the sitter’s face was visible.

The anonymity of the sitter is further emphasised by Opie’s depersonalised visual language produced through computer-drawing programmes that remove the appearance of the artist’s touch. As a computer-generated image, rendered in such a way that the figure appears more like a sign than an individual, the viewer is forced to think how we look at images of other people.