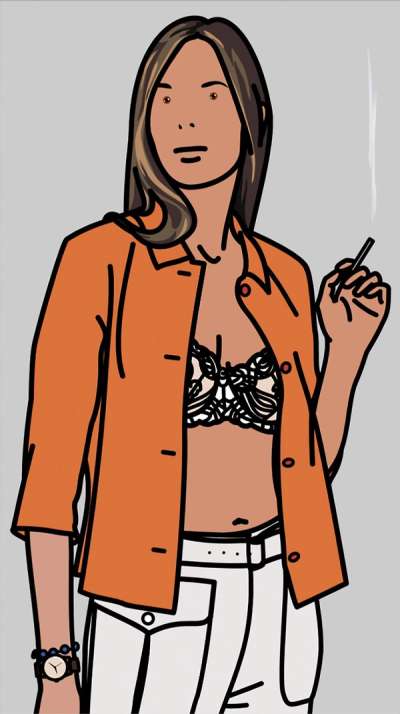 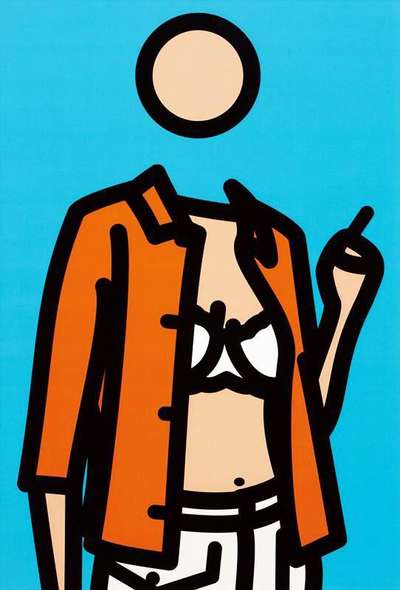 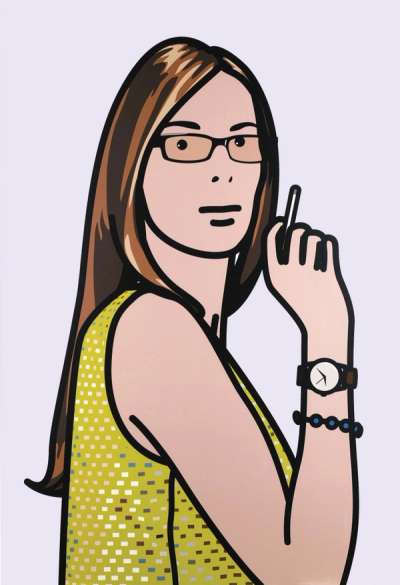 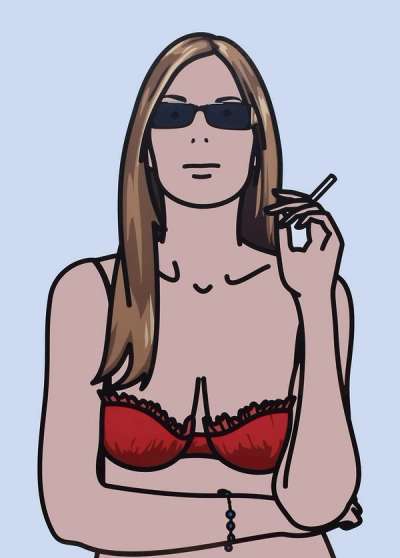 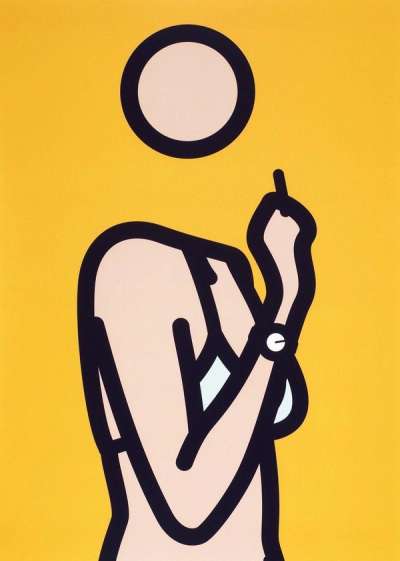 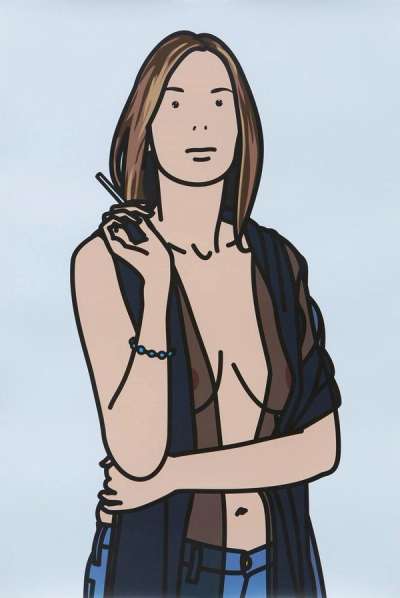 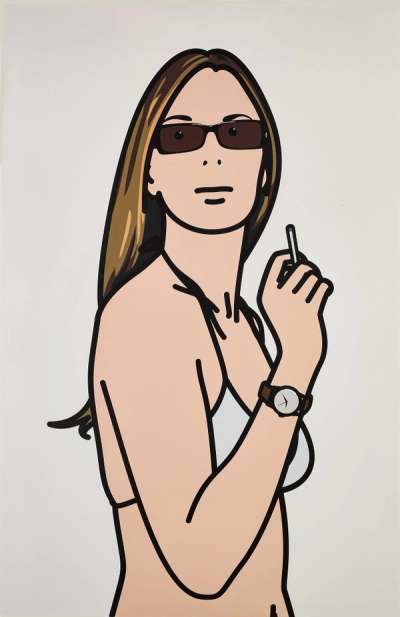 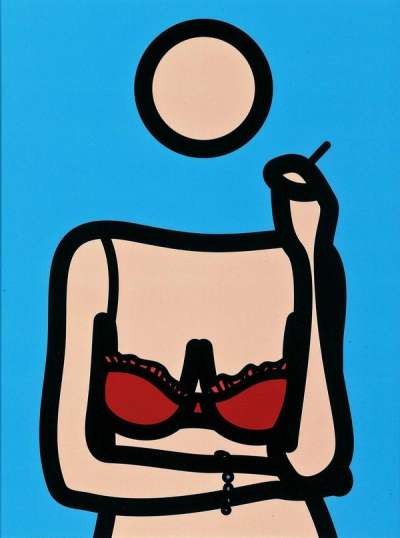 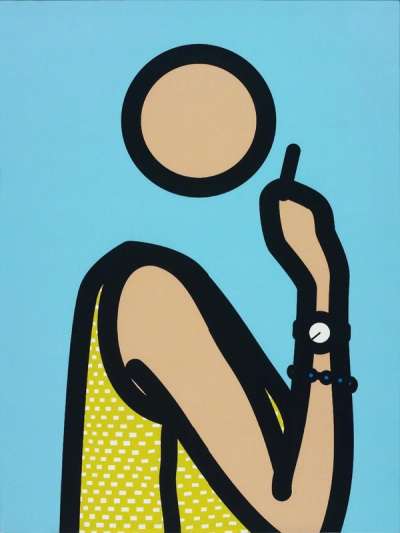 Julian Opie’s Ruth series features a set of commissioned portraits of an art collector who lives in Geneva named Ruth. As is typical of many of Opie’s portraits, the first collection of prints Ruth With Cigarette (2005) show three-quarter and half-length portraits of the sitter depicted in thick bold lines, set against bright colour backdrops and with a blank circle as a head. The second group of prints Ruth Smoking from 2006, features the same set of images rendered in more detail, notably Ruth’s face is drawn with eyes, nose and mouth and her long, smooth hair is shown.

The Ruth series is rendered in Opie’s graphic style, characteristic of his work during the mid-2000s, and in each portrait the sitter looks out to the viewer, cigarette in hand, wearing an open shirt or her bra. Though the sitter looks out directly, in these prints Opie shows Ruth’s body turned away, not engaged with the viewer thus conveying an aura of casual aloofness.

To create these images Opie worked with the model Ruth to photograph her in a multitude of different poses, with varying outfits and accessories. Through this process Opie naturally builds rapport with his sitters, allowing him to capture their personality more clearly in the final works. For this particular set of images Opie used an electric turn-table that Ruth stood on and slowly turned as the artist took his photos, resulting in a multitude of varying poses. Opie then chooses his favourite images to manipulate and abstract on the computer to create a bold image made up of simplified shapes.

Ruth Smoking is representative of Opie’s strong interest in Ukiyo-e, a genre of Japanese woodblock prints from the 18th and 19th centuries that often depicted female beauties not meant for exhibition. Opie’s particular interest in Ukiyo-e artist Kitagawa Utamaro comes through in his depiction of eroticised subject matter and use of flattened colour, cropped format and simplified shapes. The artist has explained, 'His [Utamaro’s] models were radically cropped close up, the faces were very simply drawn, in some ways always very similar, but with great presence and individuality.'

Elena and Cressie Get Ready For The Party