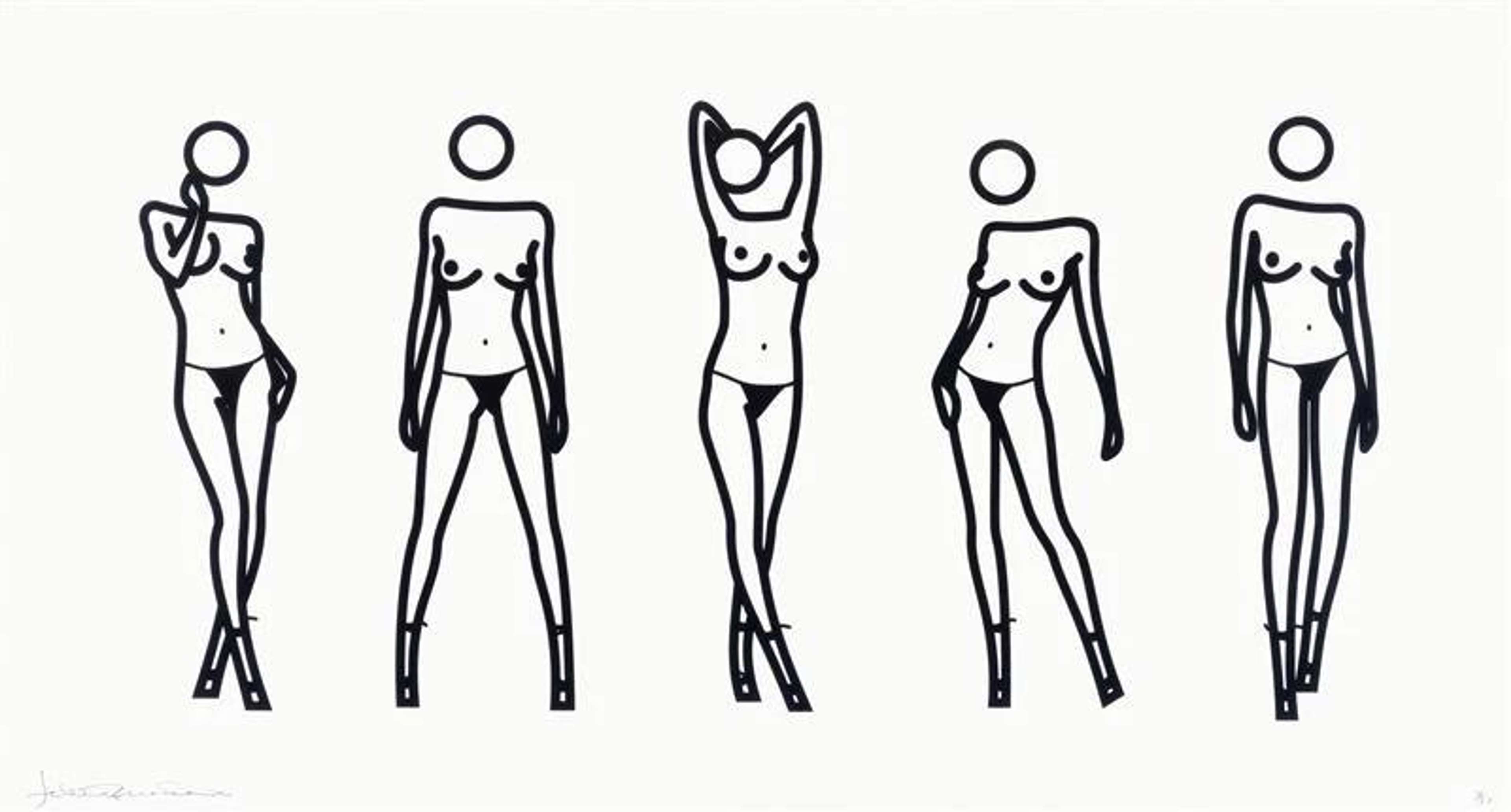 Showing a nude figure in a set of five provocative poses, Julian Opie’s Bijou Gets Undressed 5 is a screen print from his 2004 Bijou Gets Undressed series. In this print, the model is wearing only underwear on her bottom half and shoes, with her breasts exposed. Bijou’s shoes are invisible, consisting of thin straps around her ankles, alluding to the fetish about heels being the phallic extension of the legs.

Opie depicts the figures in his simplified linear style, each reduced to a clear-cut outline of torso and limbs, a circle for the head and two curved lines for breasts. In utilising the choreography, gestures and iconography of strip shows, Opie creates a sexually charged image of the ‘ideal’ woman’s body as we know it from advertising and mass culture. Bijou Gets Undressed 5 is unusually alluring in the way that the figure has been anonymised by her lack of facial features whilst maintaining sex appeal.

By placing the figures next to one another in differing poses from left to right, Opie immediately conveys the sense that this woman is performing for the viewer. The composition gives the static print the appearance of an animation, a medium that Opie has also delved into throughout his career.