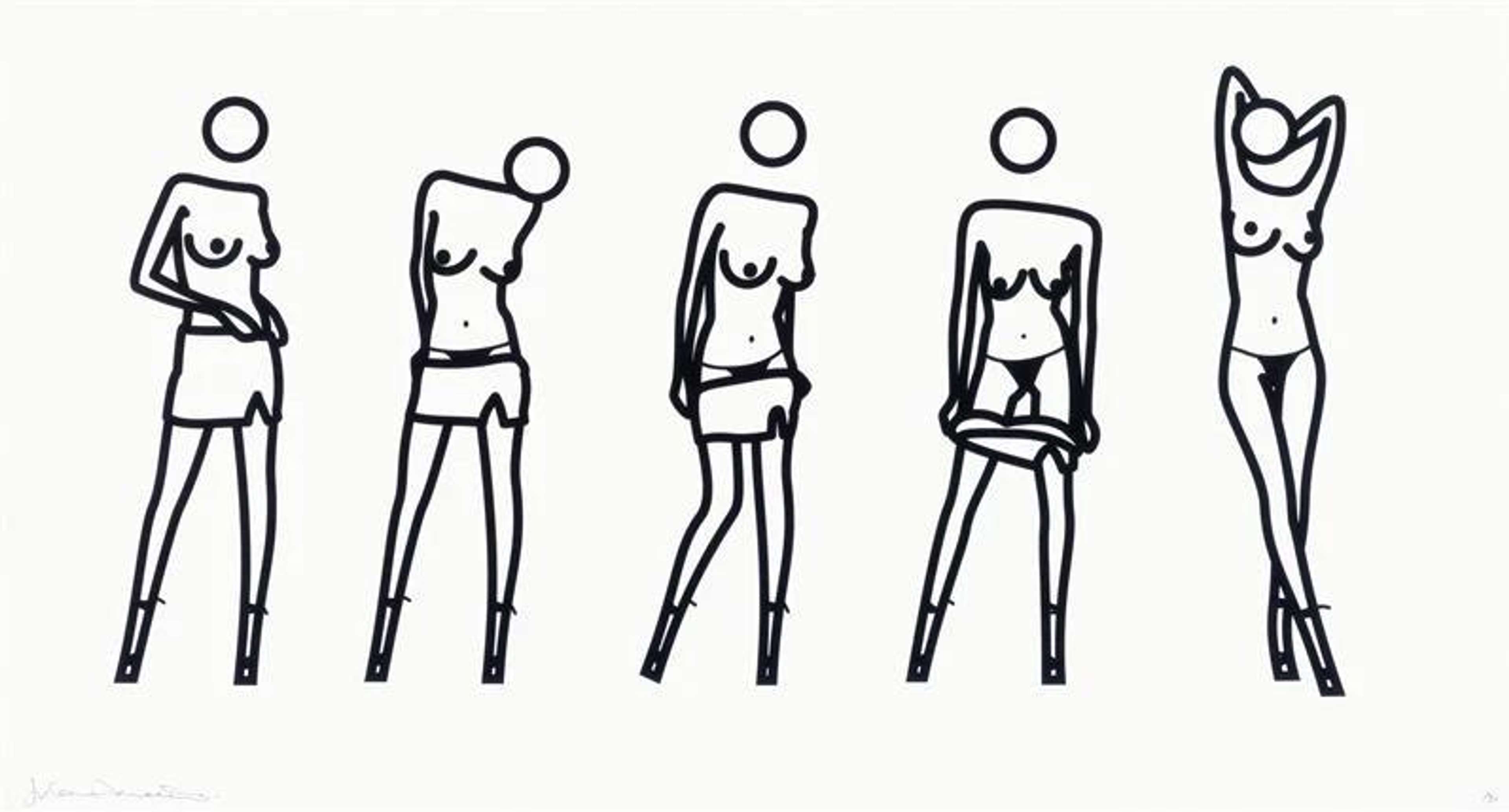 Bijou Gets Undressed 7 is a print from Julian Opie’s Bijou Gets Undressedseries from 2004. The print is a sequence of images showing a slim woman wearing no top, showing her bare breasts and taking off a short skirt to reveal her underwear. Bijou’s shoes are invisible, consisting of thin straps around her ankles, alluding to fetishistic ideas surrounding heels being the phallic extension of the legs.

Opie creates a sexually charged image, using the ‘ideal’ woman’s body as we know it from advertising and mass culture and reducing it to a set of signs. Bijou Gets Undressed 7 amalgamates abstraction with realistic moments, showing the figure’s head as a blank circle hovering over her shoulders whilst maintaining sex appeal. By anonymising the woman in the print, aside from providing the viewer with a first name, Opie aims at depicting the stereotypical portrait of a woman.