Luc And Ludivine Get Married. (pair 03) 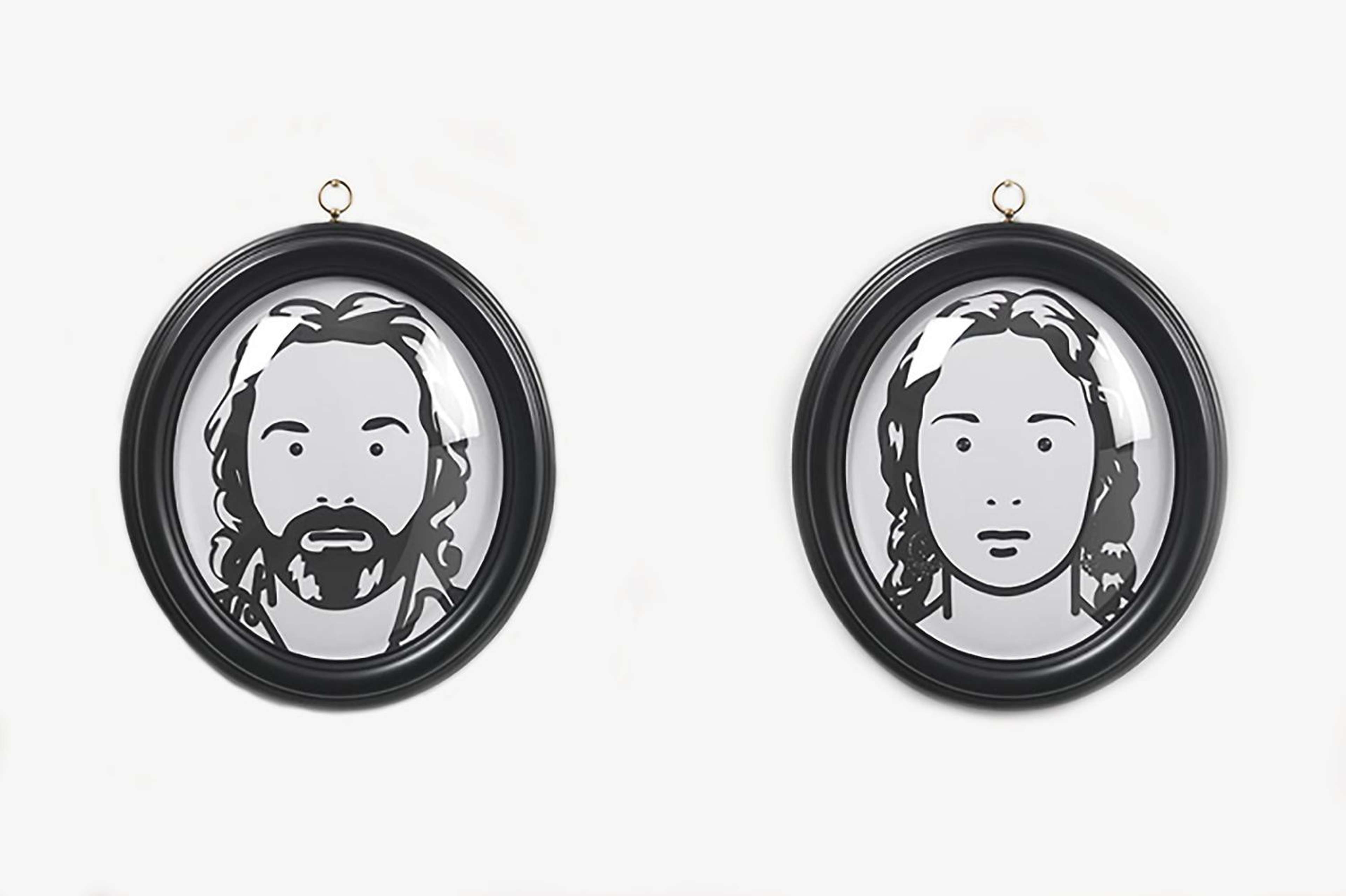 Luc And Ludivine Get Married (pair 03) explicitly engages with the 19th century art historical tradition of silhouette portraiture, led by artist Auguste Edouart, whereby the new middle classes would commission family or individual portraits to record a moment in time. Opie has a strong interest in noticing silhouettes everywhere and has said of the genre, ‘It is one of the most common forms of drawing around, certainly in that period from late 18th to early 20th century. It’s so common it has become boring, and it’s kind of boring anyway in the sense that it does not stray much from reality.’