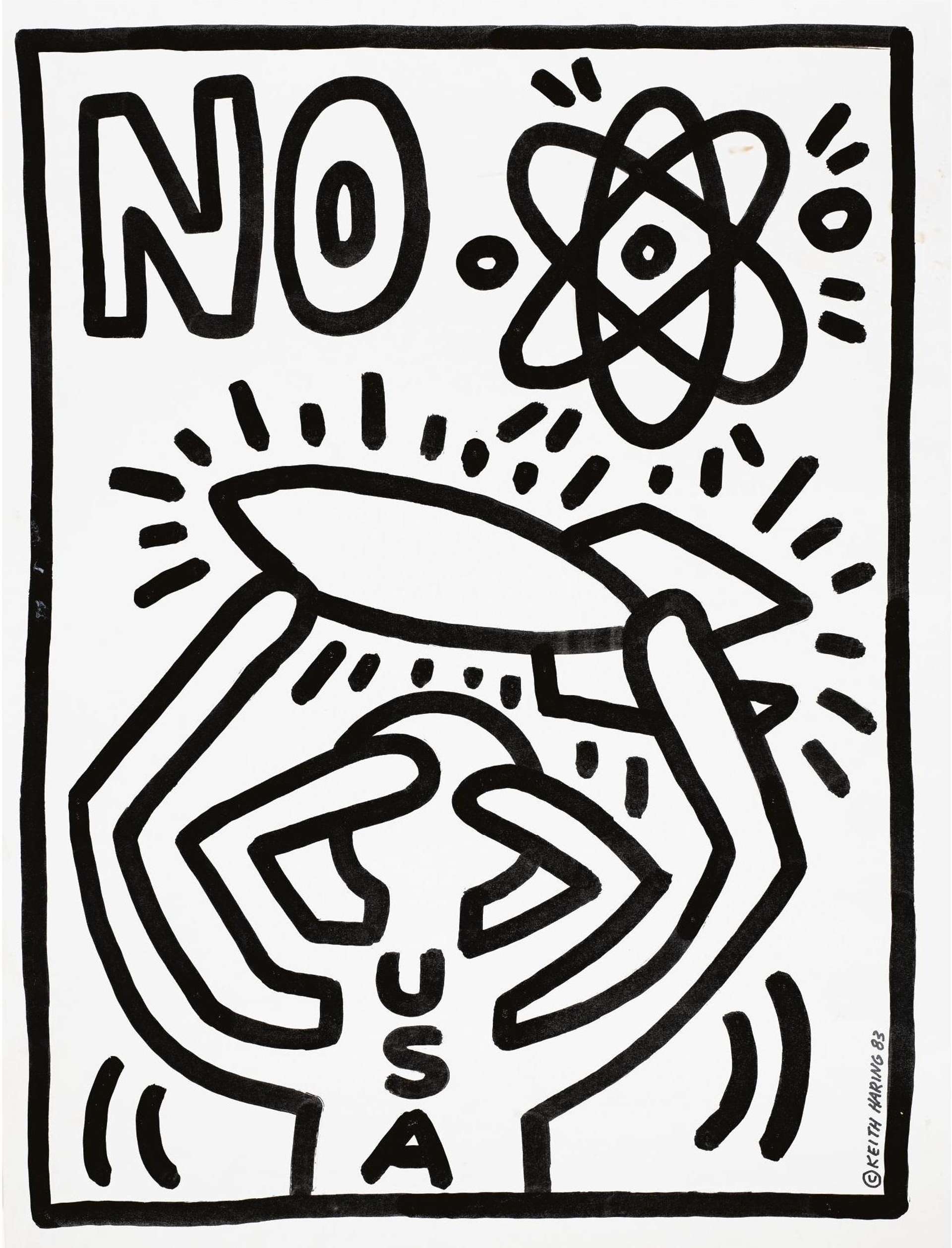 Anti-Missile Demo Poster is a signed screen print released in 1983 by pop artist, Keith Haring. Throughout his twelve-year career, Haring produced public murals, subway drawings, and politically engaged posters that cemented his role as a spokesperson for social equality and the importance of a collective action. One of the issues that came to the forefront of his socially resonant artworks was the danger of nuclear militarization.

As a politically committed artist, Haring produced posters for activist purposes and distributed them during public demonstrations free of charge. Alongside such works as Poster For Nuclear Disarmament, Anti-Missile Demo Poster represents Haring’s vehement and frequently declared opposition to America’s militarization.

Employing only black thick contours against the white background, the poster depicts a figure with a double pair of hands raised upwards. As one pair of hands covers part of the figure’s face, the gesture connotes the collective tendency to turn a blind eye to violence. Disproportionate in size to the rest of the body, another pair of hands upholds a missile that is seen floating freely in the air.

With USA written on its chest, the simplistically rendered human subject problematizes the politics of responsibility in relation to the society that witnessed a shift toward an increasing militarization in the 1980s.