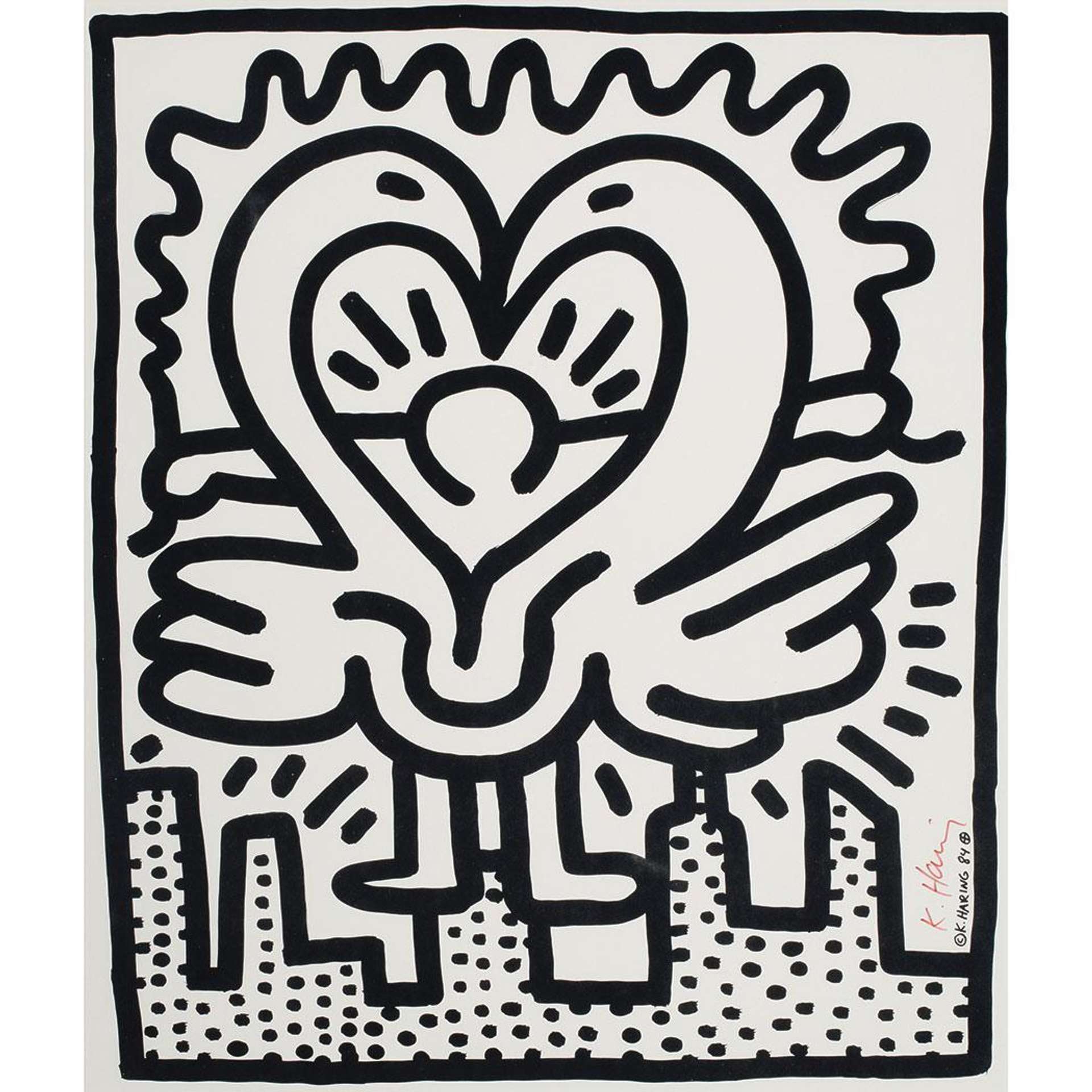 Printed in 1984, Kutztown Connection is an offset lithograph by Keith Haring. The print depicts two swans, their necks conjoined and forming a heart around a sunset. The birds are hovering above the Kutztown skyline and the conjoined figure takes on an almost mythic dimension. The print is rendered in black and white, exemplifying Haring’s characteristic use of thick and bold lines. The two central figures that dominate the composition are surrounded by ‘energy lines’. These lines, emitted by the swans, are seen in Haring’s other works, such as the Growing series and evoke a sense of community and solidarity.

The print is inspired by Kutztown, Pennsylvania where Haring was raised. His father was an amateur cartoonist and clearly influenced Haring’s bold and playful graphic style. The strong lines seen in Kutztown Connection are typical of Haring’s work and seen in many of his other prints such as the Flowers series and the Pop Shop series. Haring developed this style while living in New York where he would experiment with line drawings on unused advertising spaces in subway stations. This print is unique as it combines Haring’s love for his hometown, Kutztown, with influences from his new home in New York. The print is imbued with the graffiti, hip hop culture and bustling energy of New York that Haring was surrounded by after he moved to the city in 1978.

The conjoined birds are reflective of Haring’s visual language of symbols. Haring developed various icons throughout his artistic career, including the androgynous figure, the radiant baby and the barking dog. The icons were developed and disseminated all over the world and are all characterised by his trademark linear style and dynamic edge.