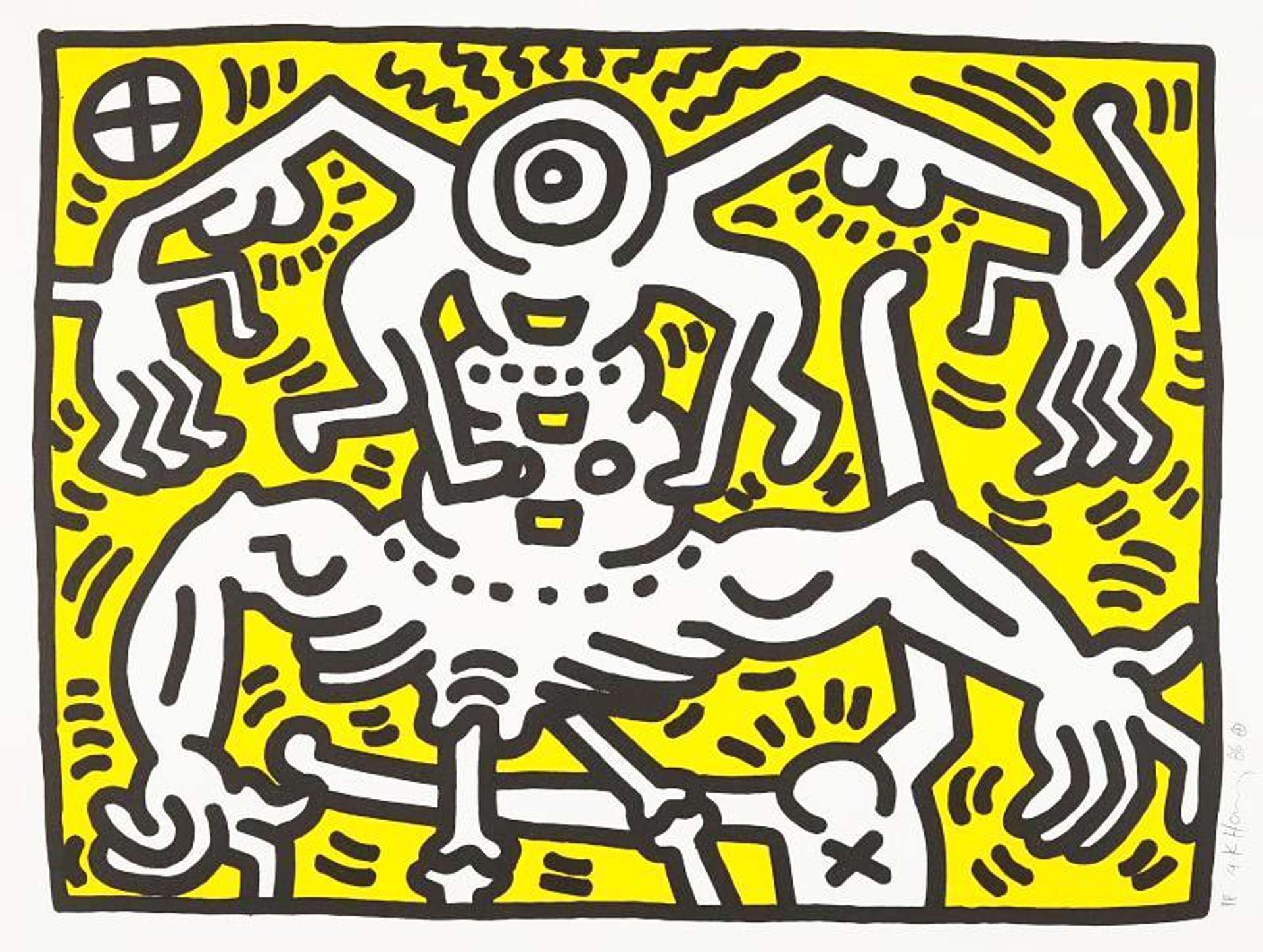 This signed lithograph from 1986 is a limited edition of 38 by Keith Haring. Untitled shows a monstrous figure depicted in the artist’s iconic linear style, from which countless figures grow from and are conjoined to its limbs. Haring depicts the central figure in white with bold, dark outlines, set against a bright yellow backdrop.

Typical of Haring’s figurative style, rounded lines are used to create a sense of energy and movement in the print, as though these figures are dancing or working with one another. Pre-empting works like the artist’s Growing series (1988), Untitled 1986 shows a mutated version of these more orderly, symmetrical prints of conjoined figures. This print exudes chaos and violence with its central figure seemingly moving and growing without control.

Untitled is uncompromising in its positive, comic tone with Haring’s use of colour and simplified shapes. However, upon closer examination Haring’s subject carries menacing connotations about greed and hellishness. Indeed, this year marked a transition in Haring’s life and career, as the AIDS epidemic overwhelmed the LGBT community. In the later stage of his artistic career, themes around violence and HIV/AIDS dominated his work, just as it dominated Haring’s personal life after his own AIDS diagnosis in 1988.