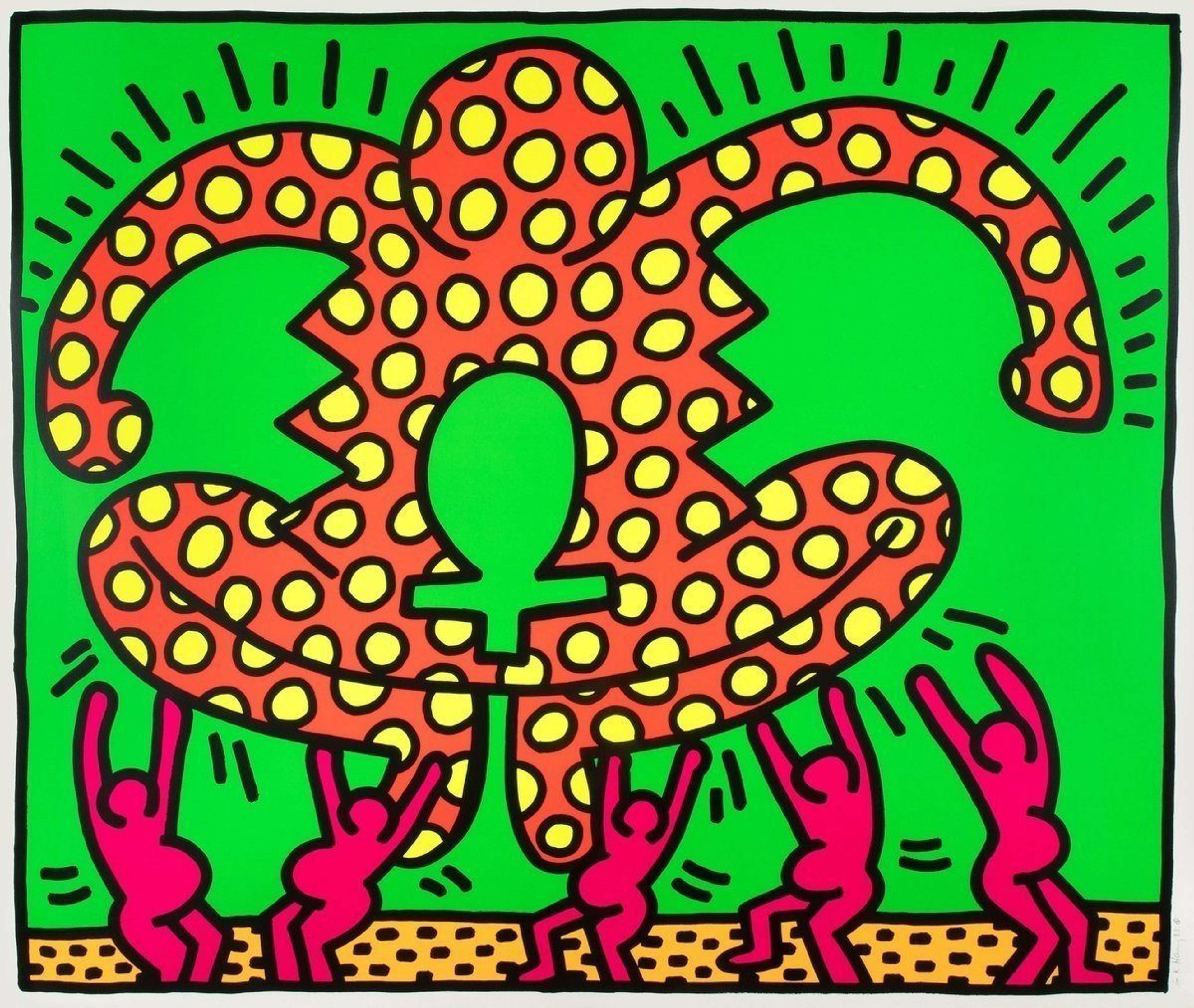 The signed screen print Fertility 5 by Keith Haring from his Fertility Suite series (1983) shows an image of a large, menacing figure in bright orange with yellow spots across its body and five moving pregnant figures in bright pink beneath. Rendered in his vivid and linear style, the print is bursting with colour and vigour, working to create an open-ended visual language to communicate the horrors of the HIV/AIDS epidemic in Sub-Saharan Africa. This print is a limited edition of 100.

Haring shows the central figure levitating above the landscape and pregnant figures below, with a zig-zag torso and an ankh-shaped hole in its stomach. As with other prints in the series, this figure symbolises the ominous presence of HIV/AIDS in the world that Haring depicts. The five pregnant figures across the bottom of the image wave their arms in the air and it is ambiguous as to whether they are dancing or agitating their arms in distress, attempting to be rescued from the monstrous figure above. This sense of ambiguity is typical of Haring in his depiction of dark subject matter through positive and vibrant symbols.

Fertility 5 uses some of Haring’s most recognisable symbols, dotted and pregnant figures, holes in the stomach, and bold, rounded lines to evoke a sense of movement in the image. The suite is an early screen print by Haring that represents the significance of his work to HIV/AIDS activism through unique symbols that are widely recognised and understood by the public.