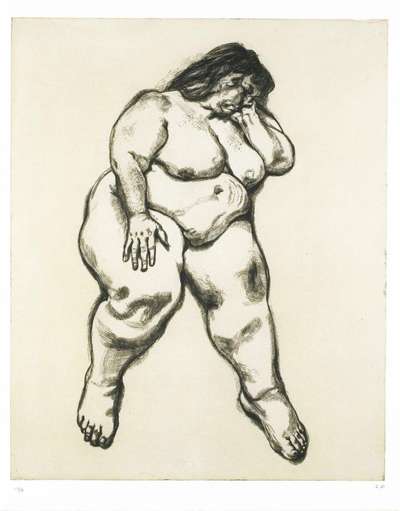 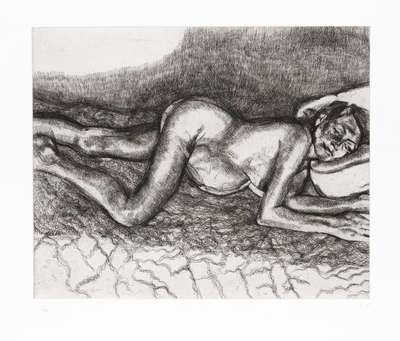 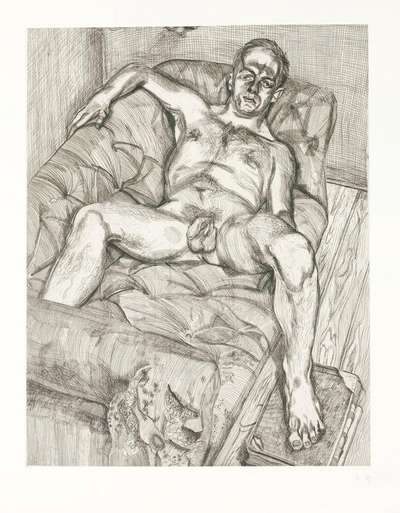 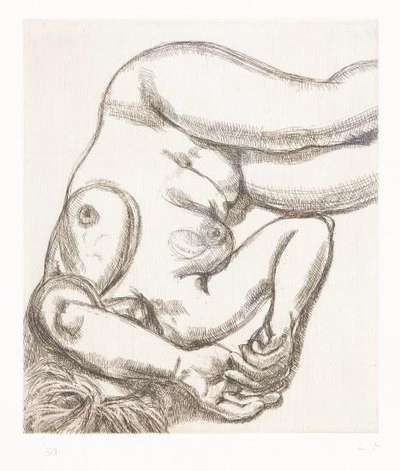 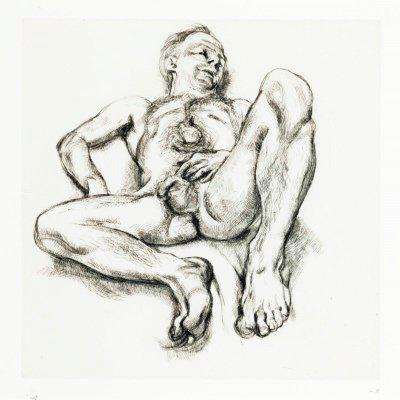 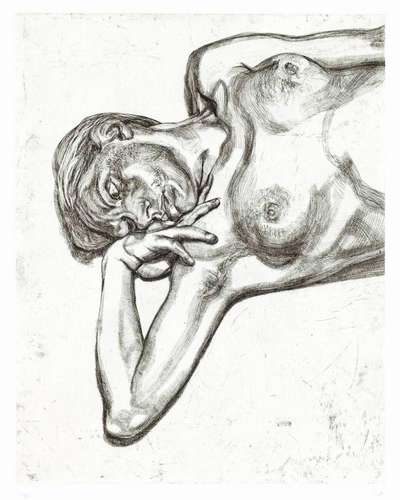 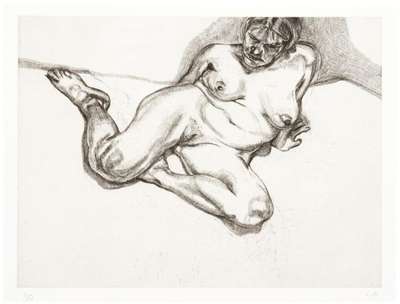 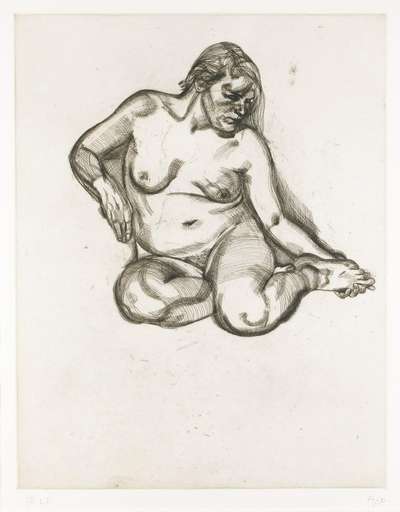 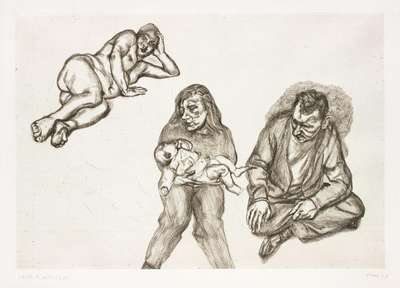 Despite being regarded as one of the most influential figurative artists in British art, Lucian Freud wasn't always an avid painter of nudes. From the mid-1960s however, he increasingly observed his sitters in their most primal state. Rather than referring to these works as "nudes", Freud opted for the term "naked portraits", as he believed that each and every modulation in flesh was intrinsic to a portrait. The sitter's body and the unique way in which they carried it was, for Freud, of equal importance to the face. With his ever-scrutinous gaze, Freud idealised nothing when it came to these Naked Portraits. As the artist once said: "I paint people not because of what they are like, not exactly in spite of what they are like, but how they happen to be".

Throughout his artistic career, Freud had a steady stream of female sitters in his studio. Among them were friends, lovers, wives, and even the artist's own daughters. At times, his Naked Portraits of women carry voyeuristic overtones, speaking to the intensity with which he observed his nude subjects in the studio. Head And Shoulders Of A Girl, for example, captures the nude female from a high vantage point, with the background left completely bare as though she is suspended in space. Through his preferred printing medium of etching, Freud thus depicted the nude female form with dramatically intense contrasts between white paper and black ink. Freud rarely used the etching medium to reproduce his painted compositions, and instead worked directly on the etching plate like a canvas. Naked Portraits like Blond Girl reveal his particular mastery over the medium, delineating the feminine curves of the body and the tricks of light on the skin with the etching needle alone.

Even though many of Freud's nude female sitters were indeed ex-wives and lovers, it is important that we refrain from reducing his work to his salacious biography. The Naked Portraits are much more than sexually-charged nudes, and form part of his most psychologically-penetrative studies of the human subject. Before The Fourth is a particularly intimate example, as Freud depicted the Naked Portrait of his friend, Annabel Mullion, while the actress was pregnant with her fourth child.

Freud was no stranger to depicting the Naked Portraits of male sitters, and frequently portrayed his own nude throughout his later career. As Naked Man On A Bed reveals, some of his most confident nude subjects were men. Within this particular work, the male sitter sits with legs spread, leading the viewer straight towards his poised gaze. Freud captured the musculature of the male form and the intense expression on their faces in equal measure.

Freud was always renowned for the intense sitting process he subjected his models to, but that psychological intensity between artist and sitter is perhaps most powerfully conveyed in the Naked Portraits. The works capture the human subject at its most vulnerable. Unclothed and unadorned, the sitter has nowhere to hide from Freud's unflinching and brutally honest gaze.