Credited with transforming Modern and Contemporary art, Pablo Picasso's unmatched versatility and creative impact on both art history and European attitudes towards art cannot be overstated. Whether you're looking to buy or sell one of Picasso's original prints and editions, browse our network's most in demand works. Receive complimentary valuations and market advice on any original print, with zero obligation to sell. 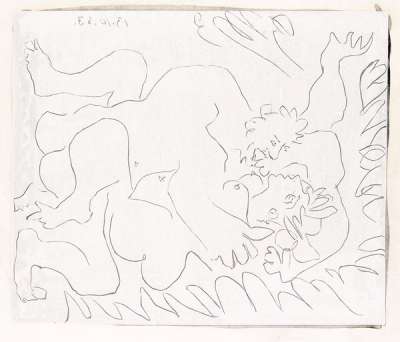 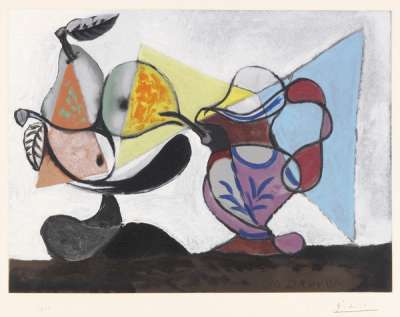 In terms of fame and influence on Modern art, Pablo Picasso is in a league of his own. During a career spanning the best part of a century, Picasso produced around 50,000 artworks in a variety of media, ranging from painting to ceramics, and in a ground-breaking variety of styles.

Born in 1881 in Málaga, Picasso – whose first words were reportedly ‘piz piz’, in reference to the Spanish word for ‘pencil’ (‘lápiz’) – proved his ability to paint since the age of 3. At the age of 8, the artist produced Le Petit Picador Jaune, a gestural depiction of a Spanish bullfight. At the age of 14, Picasso was accepted by La Lotja, a prestigious art school where his father taught.

In 1897, Picasso moved to Madrid to attend the Royal Academy of San Fernando. He was just 16. Commenting on his formative years, Picasso later stated, ‘I never drew like a child. When I was 12, I drew like Raphael’.

In 1900, Picasso made his first visit to Paris – a city he would later call home. During the early 20th century, Picasso split his time between Paris and Barcelona, producing artworks which would become part of the artist’s famous ‘Blue Period’ (1901-1904).

During this time, he painted The Old Guitarist, which has become one of Picasso’s most famous works. Depicting a cross-legged, ghost-like figure, head downcast in apparent sorrow as they play the guitar, the sombre painting was created in 1903 as a response to the suicide of Picasso’s close friend, Catalan painter Carlos Casagemas. Its colour and composition reflect the misery of this early period in Picasso’s career, during which the artist was living in poverty in Paris, burning his paintings in an attempt to stay warm.

During Picasso’s subsequent ‘Rose Period’ (1904-1905), the artist became a favourite of American art collectors Gertrude and Leo Stein, who became his patron and introduced him to Henri Matisse. By 1907, Picasso joined the gallery of Daniel-Henry Kahnweiler, one of the most prolific French collectors of the 20th century.

With friend and collaborator Georges Braque, Picasso developed Cubism, forever changing the course of art history. Rendered in Picasso’s Cubist style is one of the most famous artworks in history, Guernica (1937). The oil painting depicts the bombing, on the 26th of April 1937, of the Basque town by the forces of Nazi Germany and Fascist Italy. One of the most horrifying episodes of the Spanish Civil War, the bombing razed the city to the ground. Picasso’s depiction of the atrocities was exhibited at the 1937 Paris International Exposition; later, Guernica toured internationally, with all funds generated contributing to the Spanish war relief.