Love Is A Strange Thing 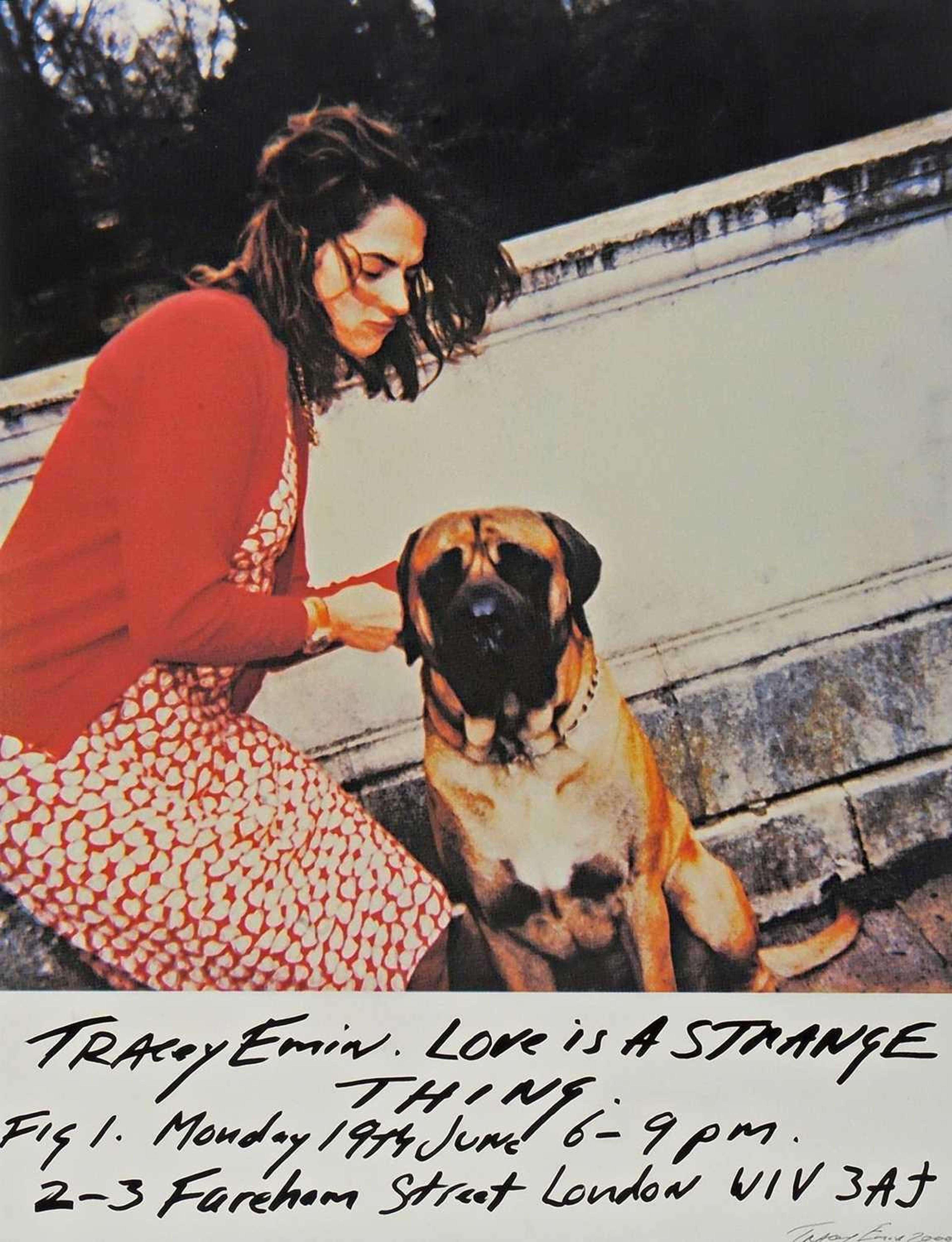 This signed lithograph from 2000 is a limited edition of 250 from Tracey Emin’s Polaroids collection. The vertical lithograph shows the artist dressed in a red dotted dress and cardigan, her hair flowing onto her face, as she restlessly tries to move her dog.

Although less critically acknowledged than her installations or drawings, video art plays a fundamental role in Emin's production. The artist recalls her long standing fascination with film, claiming that when she was younger she would take a Super 8 camera everywhere. “For me, it was a true way of expressing myself.”, she stated. Love Is A Strange Thing belongs to this project of self-expression, which Emin articulates in a variety of languages. The image constitutes an enlarged snapshot taken from a short video made in the same year.

In the video, Emin is accompanied by her dog, which makes sexual advances to the artist. Emin promptly declines, and the dog barks his surprise in response, claiming that he is somewhat surprised given the artist’s reputation. The disjuncture between the title, Love Is A Strange Thing, and the surreal feeling of the dog making sexual propositions to the artist contribute to the ironic nonsense of the video. In the artwork, Emin once again recapitulates her self-deprecating humour, that allows the artist to mock herself - or, in this case, her reputation for being open to sexual encounters - with an irony that makes her artworks even the more popular amongst the broader public.