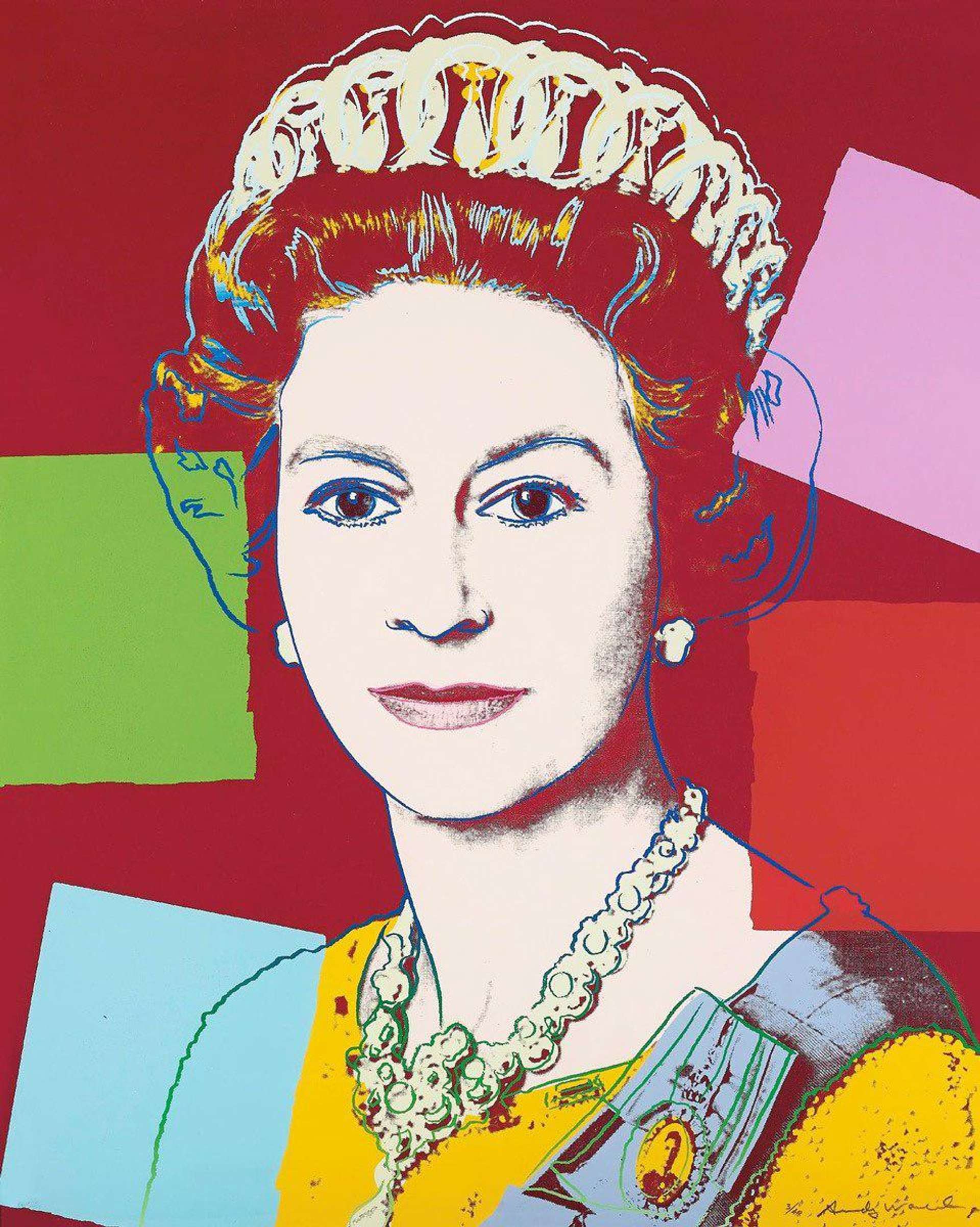 Living in the UK means that there is no escaping the image of Queen Elizabeth II. From banknotes and stamps to commissioned royal portraits, her likeness is just as much a part of daily life as your morning coffee.

Royal portraiture is part of a long standing political and art historical tradition, used to capture and immortalise the monarchy for centuries. But more than this, as a sitter, Queen Elizabeth was a truly captivating figure.

There is a sense of reservedness, of dignified secrecy that defined her portrayal throughout her lifetime. Beautiful and regal, sure, but what drew artists and viewers time and time again is the appeal of what lies beneath Queen Elizabeth’s projected image. It is the mystery of what she seemed to be withholding from us, and the prospect of glimpsing at the real person behind the title.

Queen Elizabeth's face is indisputably part of the fabric of British life, and endless iterations by artists throughout Her Majesty's reign have made it perhaps the most recognisable too. In remembrance of Her Majesty and in light of her celebrating 70 years on the throne in June 2022, MyArtBroker take a look at how artists have captured her enduring likeness over the last century. 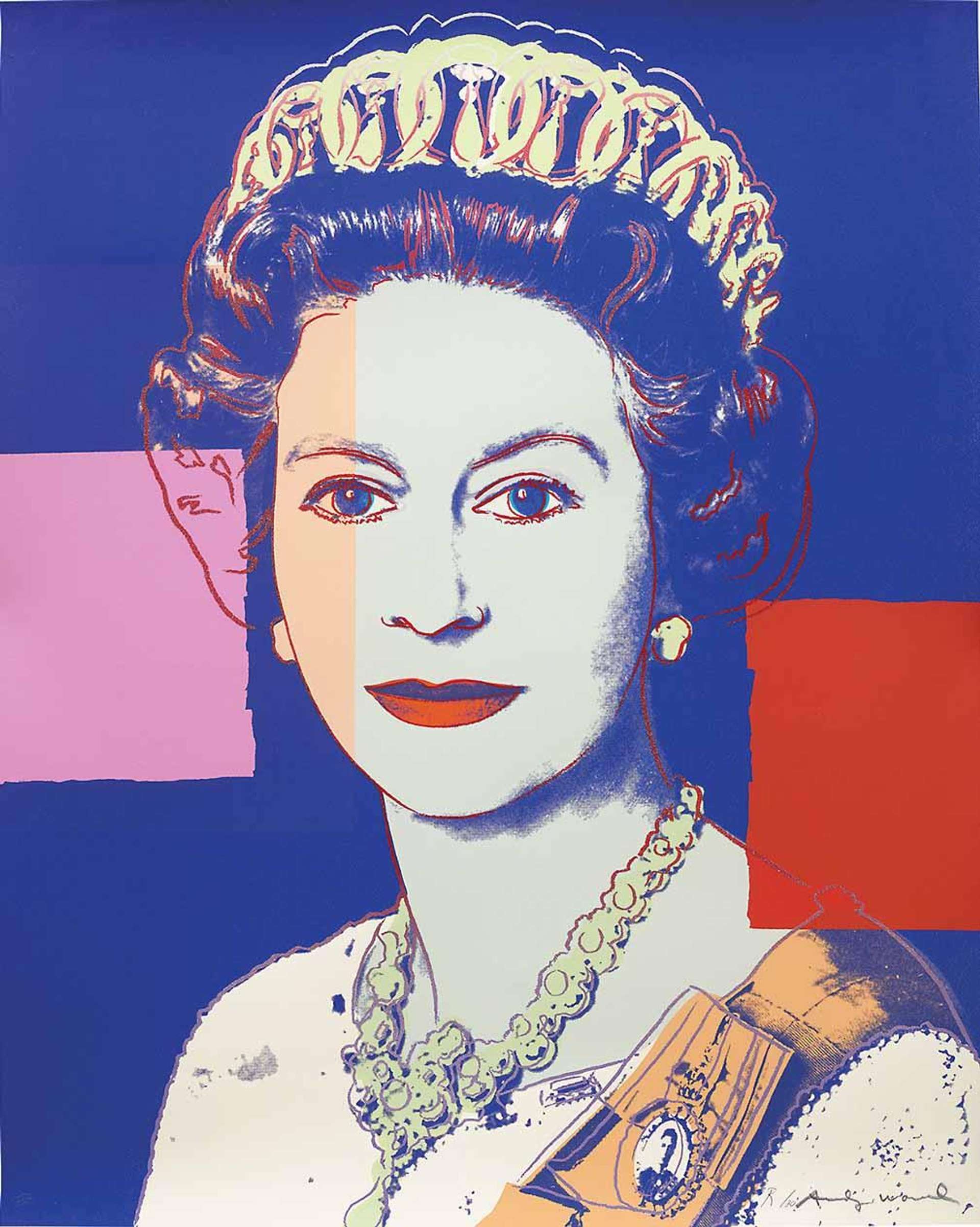 Andy Warhol famously claimed that he one day wished to be “as famous as the Queen of England,” and, fascinated by the allure of power and celebrity, it is easy to see why. Part of his 1985 Reigning Queens series, the artist created Queen Elizabeth II based on a royal portrait from 1977, one that was originally commissioned to celebrate her silver jubilee.

Acquired by the Royal Collection in 2012, this particular edition plays into the colour scheme of the Union Jack flag — linking ruler to her nation. However, four other iterations see her depicted in hot pink and purple, in keeping with their Pop Art heritage. What is important here is that Warhol has essentially given Queen Elizabeth the Marilyn Monroe treatment, capturing her in a moment of suspended youth using industrial printing methods, and reducing her to a consumable image.

He leans into the Queen as a celebrity, rather than as a divinely appointed monarch, choosing to emphasise the importance of her image and its reproducibility rather than the person beneath it. And remember, this is not necessarily a bad thing. Particularly for an American artist like Warhol, the Queen really is no more than her outward persona. As a figurehead, she is someone in the public eye, another celebrity in a sea of film stars, musicians and politicians, who deserves artistic treatment that reflects this. 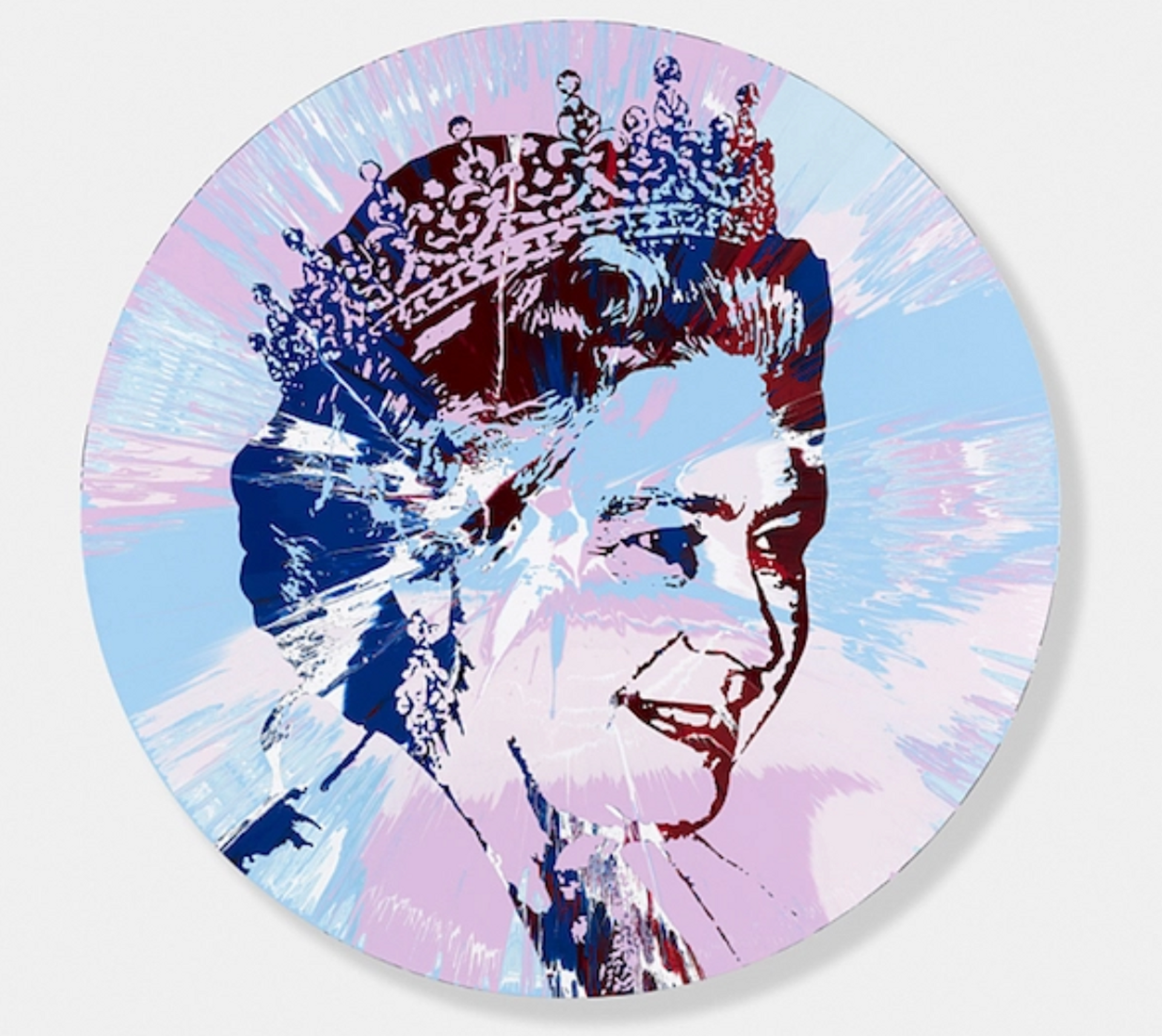 Now referred to as the ‘secret’ portrait, Damien Hirst’s Beautiful Portrait from 2014 creates a striking likeness of her majesty using the artist’s signature spin technique. A method employed in his early series, In A Spin, The Action Of The World Upon Things, Hirst has depicted a smiling Queen Elizabeth against a backdrop of radial pink and blue. Slightly reminiscent of a neon pound coin, there is a sense of intimacy suggested here by the work’s small size.

What is interesting is that Hirst did not record or release this portrait publicly, rather handed it to the Government Art Collection (GAC) directly from his studio. The GAC scheme sought to acquire art on behalf of the nation, however with a limited budget, a Damien Hirst original seemed out of the question.

The story goes that Hirst then donated the portrait out of support for the scheme, but one cannot help but wonder whether he also kept the work secret for the benefit of his own legacy — a heartfelt portrait of Queen Liz doesn’t quite fit in with his art-world bad boy image, does it? There is something rather humorous about YBA enfant-terrible taking a break from dissecting sharks and sheep to create a gift for her majesty. Perhaps once again this is a testament to the artistic lure of her image; so great was the pull that even Damien Hirst just couldn't resist? 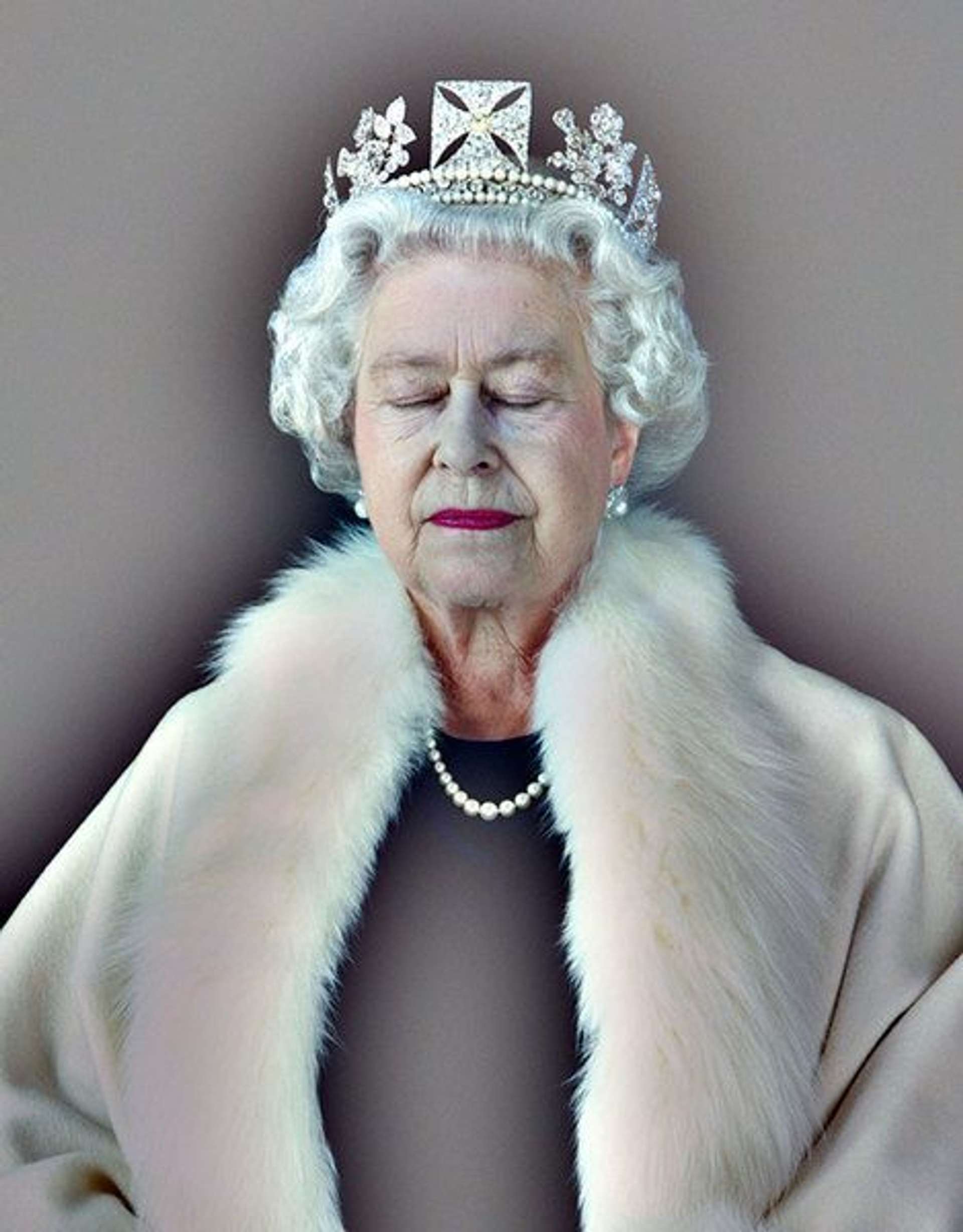 Chris Levine, Lightness Of Being, 2004

Created in 2004, the National Gallery described Chris Levine’s most famous portrait work, Lightness of Being, as “the most evocative image of a royal by any artist,” and in many ways, they are completely right. Far from the imposing glare of historical royal portraits past, or indeed from the staged serenity of Elizabeth’s own official photograph sittings, Lightness of Being catches the Queen at her most innocently human.

Levine was originally commissioned to create a 3-dimensional holographic portrait of Elizabeth, titled Equanimity, which required her to sit for 8-second sittings while a moving camera caught 200 shots of her head and shoulders each time. Between sittings, Levine encouraged her to rest, and it was one of these moments, where the Queen closed her eyes to collect herself, which birthed the happy accident we see here.

It is the sense of intimacy, of Elizabeth being caught off guard for once that has ensured Levine’s portrait remains a favourite amongst the nation. It only confirms our voyeuristic desire to see beyond an official image to the person beneath, our intrigue when it comes to capturing the Queen. 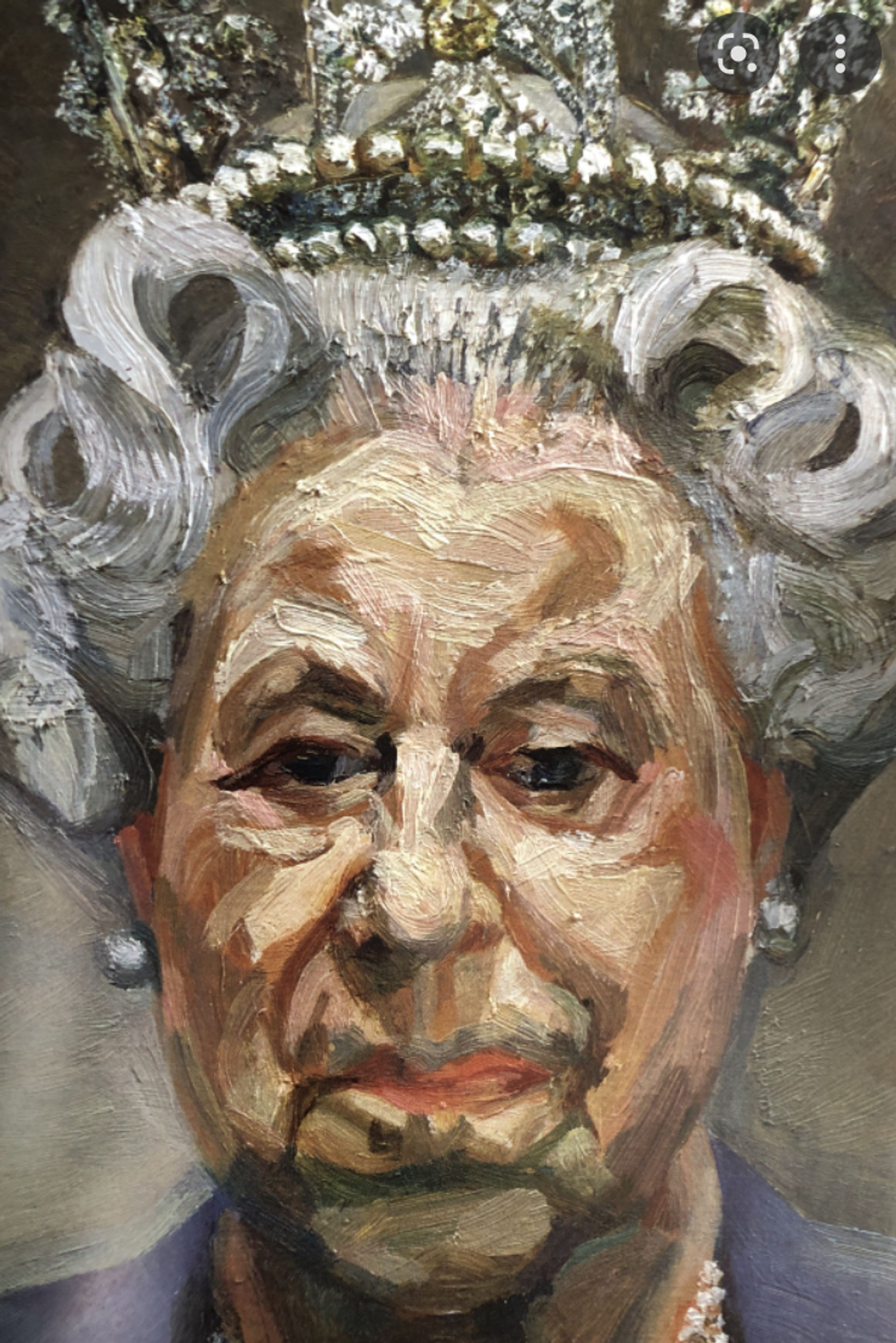 Lucian Freud’s 2001 commission has been dubbed everything from “the finest royal portrait in 150 years” to a work that deserves to have Freud “thrown in the tower” for its portrayal of Elizabeth with a ‘rugby player’s neck’ and ‘the face of a corgi.’ A tad harsh perhaps.

In fact, this small oil-on-canvas work, with its quintessentially Freudian expressive brushstrokes, was one of Queen Elizabeth’s favourites. She personally thanked the artist, stating “I’ve very much enjoyed watching you mix your colours.”

Despite its small size, the artist compared taking on the royal portrait to a polar expedition, describing the struggle of wanting to catch the Queen’s inner likeness rather than simply her exterior image. Testament once again to the weight that the iconography of the monarch bears, Freud’s Queen Elizabeth II betrays a tenderness from the artist as well as his attempts to capture the humanity of Her Majesty rather than a sugar-coated or superficial glimpse.

A perfect summary of the various attitudes we bear towards the monarchy and the Queen herself, Grayson Perry’s Comfort Blanket suggests that Queen Elizabeth’s image is as much a part of Britain as Marks & Spencer or class division: whether we love her or indeed love to hate her.

'A portrait of Britain to wrap yourself up in, a giant banknote; things we love, and love to hate’

Shown here grinning as she presides over the rest of the tapestry, Perry describes her as an ‘Aunt’ who ‘might’ve stitched the whole thing in front of her hissing gas fire…Corrie playing on the telly.” While this may not be an entirely accurate portrayal of her majesty’s personal life, Perry makes no secret of the fact that he wishes to depict her as something more than a detached figurehead, rather as a real person with likes and dislikes, who is an important part of British culture. Once again, there is a suggestion of rejecting the two-dimensional, detached royal portrait, in favour of a depiction that speculates on what lies beneath the projected image.

2022 has undoubtedly been the most notable in recent years for Queen Elizabeth II. With the celebration of her Platinum Jubilee in June, and the sad loss of Her Majesty in September, the image of Queen Elizabeth is currently at its prolific.

Portraits of Queen Elizabeth by the likes of Andy Warhol and Chris Levine that are produced in limited edition print series are now some of the most sought after on the secondary print market. In this historic and final year of the monarch's reign, collectors across the world are looking to get their hands on one of these special images of the Queen.

Andy Warhol's Queen Elizabeth prints, part of his Reigning Queens series from 1985, are highly coveted artworks on the market. It’s not uncommon to see individual prints being offered from £150,000-£200,000. These prices place them in the upper echelon of the Warhol's graphics, but in light of recent events, the Queen Elizabeth II prints have shot up in value.

Queen Elizabeth II prints from Warhol's regular Reigning Queens editions have also witnessed a stark increase in value, going up by 912.8% in the last 10 years.

Chris Levine's collection of prints, Lightness of Being is also one to watch on the secondary market in the coming months. Currently, these prints can go for anything between £10,000-£50,000, depending on edition, colourway and condition. However, with this historic moment upon us, it is very likely that demand for this edition will rapidly increase.

The value of this print has in recent months shot up as auction sales have coincided with historic events. In June 2022, following the Platinum Jubilee, a coloured 2008 version of Lightness of Being sold for £120,000 at Sotheby's, one of the highest records for this print edition. In the months to come, demand for this print will go up and we will likely see it's value reach record-breaking heights. 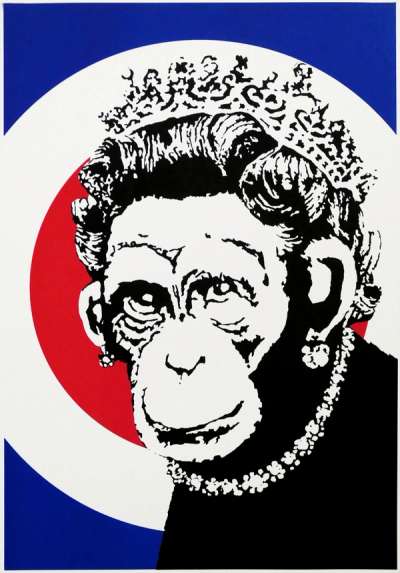 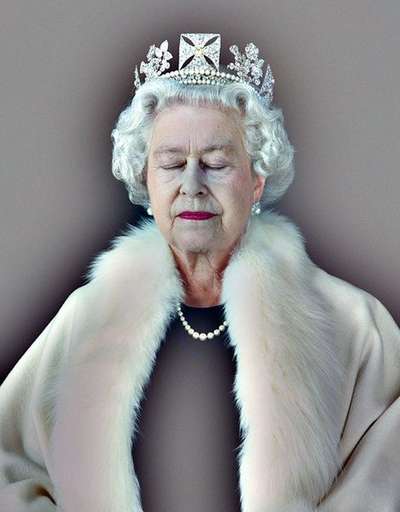 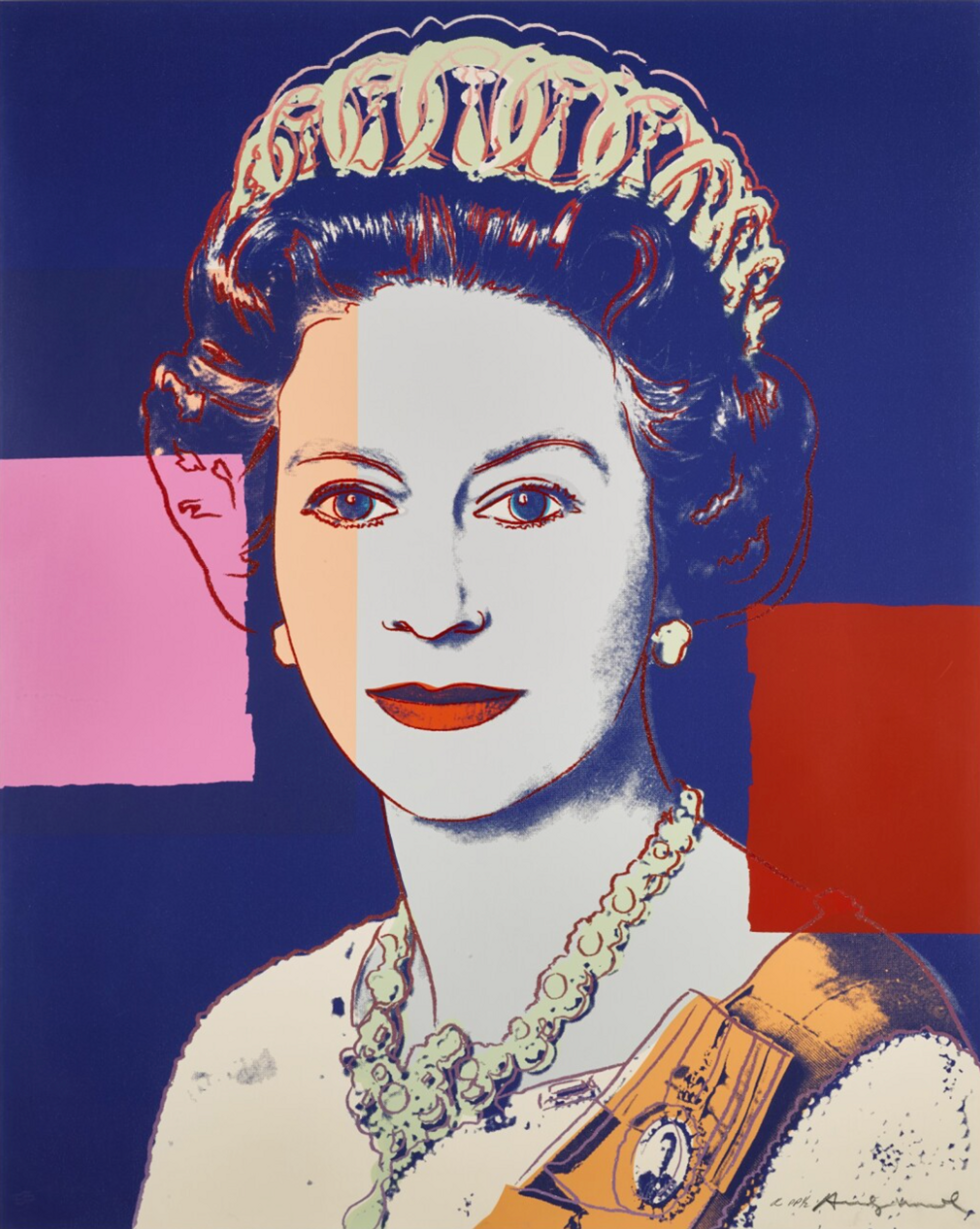 Six days since her passing, as we await centuries old tradition to pass in the wake of Queen Elizabeth II's reign, today Her Majesty proved to be the truest icon of popular culture, typified in one of... 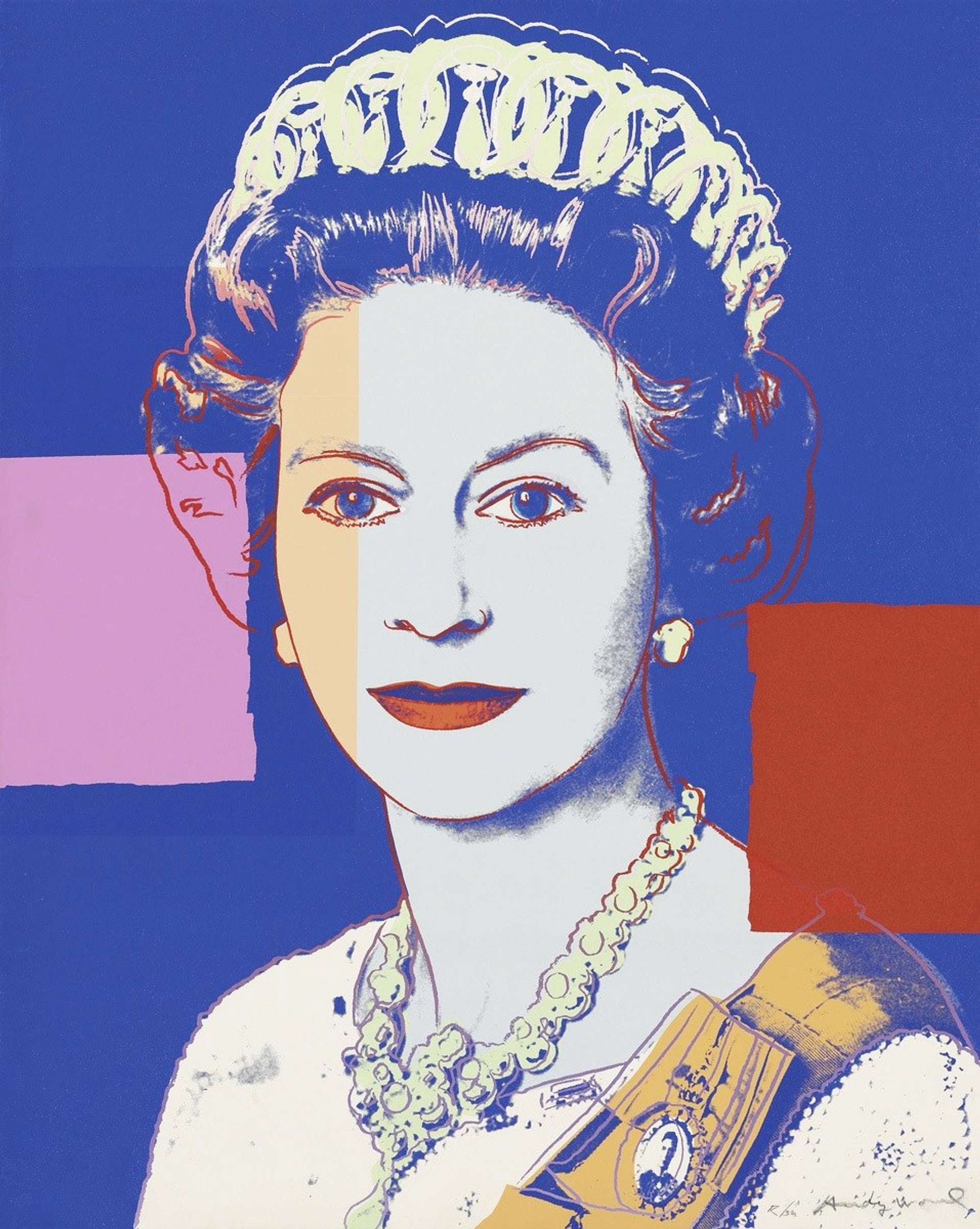 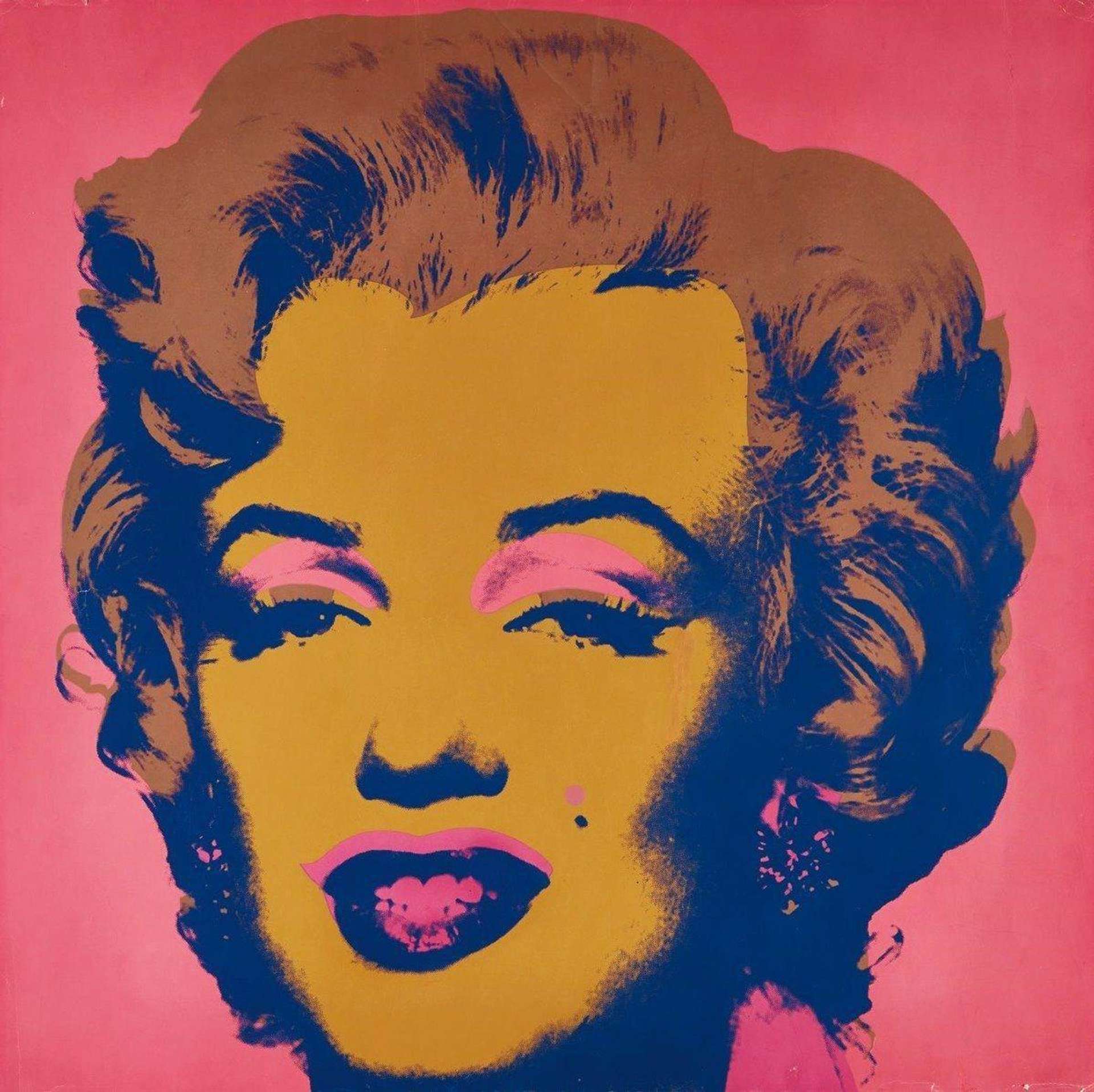 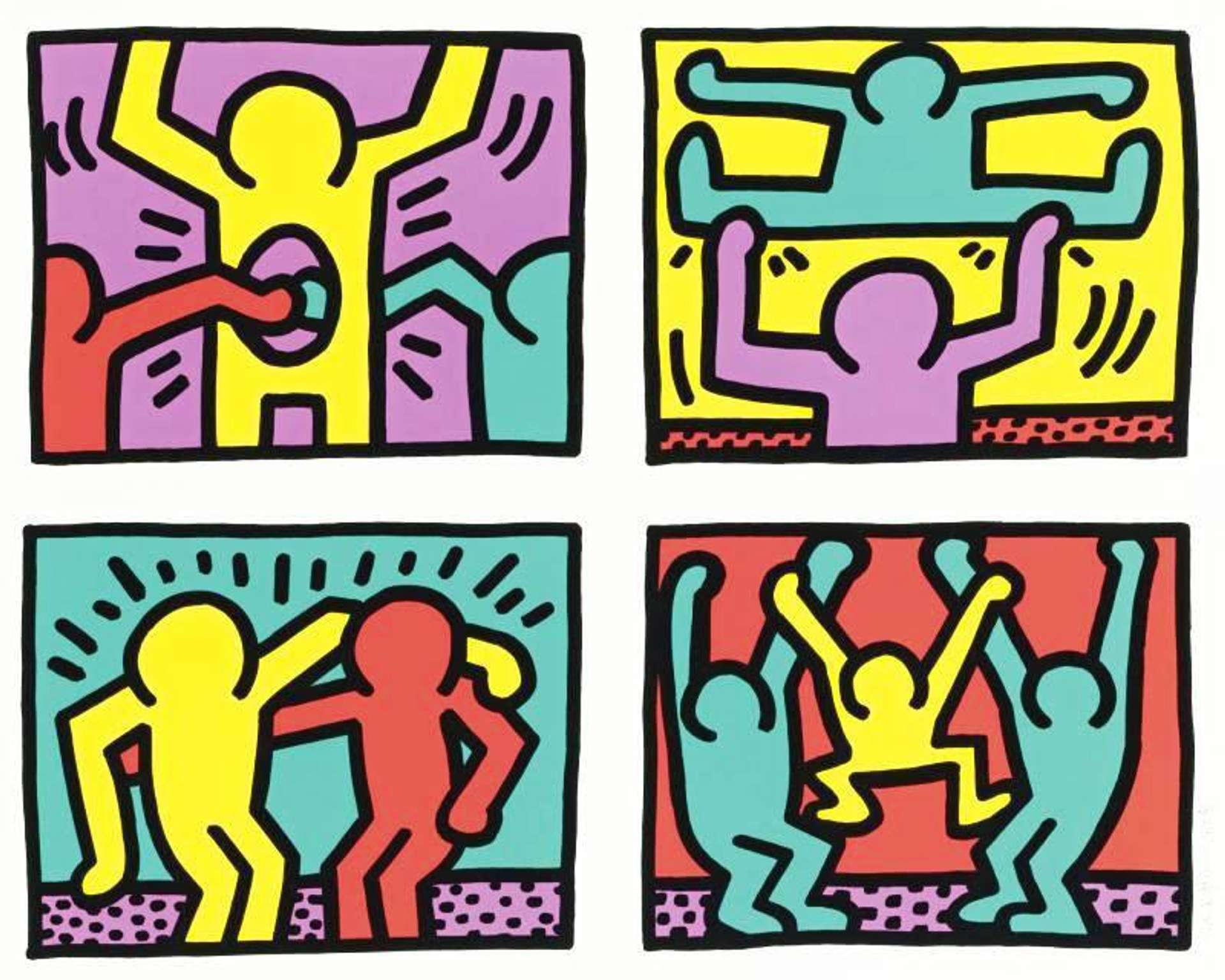