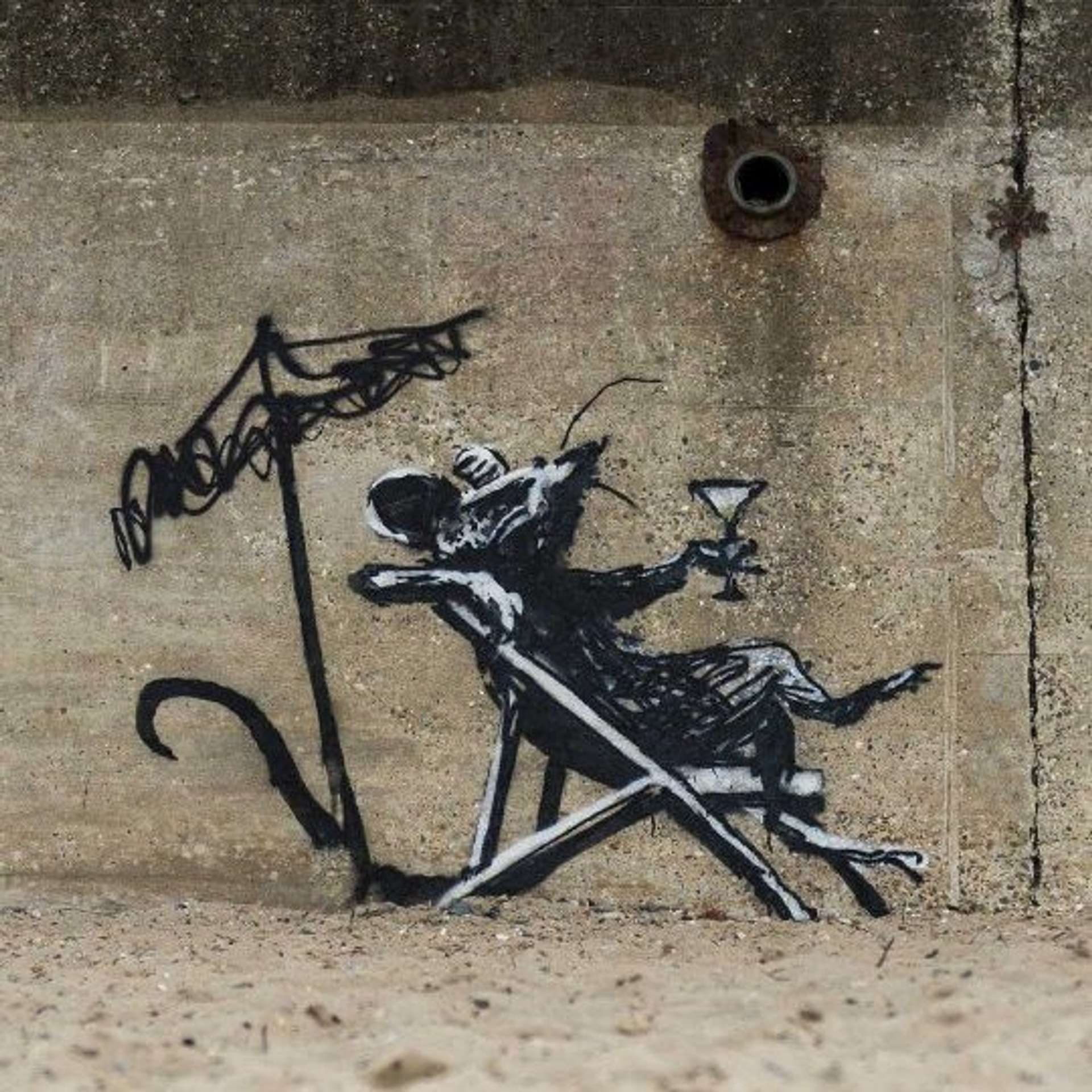 International holidays may be taking off again, but there is a new destination du jour right here in England, where it seems Banksy has been holidaying himself: East Anglia. When Banksy confirmed that he made eight new murals in Great Yarmouth, Gorleston, Cromer, Lowestoft and Oulton Broad in Norfolk and Suffolk, he single handedly put these five English seaside towns back on the tourism map.

Another benevolent act for those affected by the pandemic

And seaside towns could use his help. Previously neglected resort towns have been enjoying something of a revival when lockdown prevented international travel – Blackpool’s footfall has increased to 120% of its pre-pandemic average – but this progress is at risk now that we can holiday abroad again. Banksy’s new murals give us a reason to reconsider a staycation and will likely boost tourism to these towns – after all, his ‘bemusement park’ Dismaland in 2015 generated around £20 million extra revenue for the seaside town of Weston-super-Mare and its surrounding area.

“It’s great to see Banksy doing what he does best – using his influence to benefit those impacted by factors outside of their control, in this case boosting tourism to our great british seaside towns heavily impacted by the pandemic. We’ll certainly be planning a trip this summer.”

A Great British Spraycation: What are Banksy’s latest artworks?

The first mural Banksy made for his new series, A Great British Spraycation, shows a couple dancing on the roof of a bus shelter while another man plays an accordion.

In another bus shelter, Banksy depicts a picker claw from a classic seaside arcade game hanging above the bench. Local artist Emo later added six teddy bears to the design, claiming it was a collaboration with Banksy. The mural was sadly defaced within days.

On a sea wall in Cromer, Banksy has painted a group of hermit crabs, with one holding a placard reading “Luxury rentals only”. Cromer is known for its crabs while Banksy is known for his animals holding placards, such as the Placard Rats series.

At Nicholas Everitt Park in Oulton Broad, Suffolk, Banksy has painted three children pretending to be sailors behind a sheet of metal. The mural is accompanied by the quote “We’re all in the same boat” – reminiscent of the quote in Banksy’s original Girl With Balloon mural, “There is always hope”.

In Lowestoft, Banksy made three murals across the city, including a child building a sandcastle with a crowbar, a seagull flying to eat “chips” from a construction skip, and a rat drinking a cocktail in a deckchair.

At Merrivale Model Village in Great Yarmouth, Banksy has created a new miniature horse stable, featuring a rat next to the caption “Go big or go home”. Frank Newsome, the owner of the theme park, told the BBC he has received numerous offers for the piece. Although he has not accepted any, the Banksy sculpture is “manna from heaven as far as we’re concerned after last summer – it was a real struggle,” he said.

For over a year, Banksy has used his art to help with the COVID-19 pandemic. He has given the public a much-needed laugh with his murals My wife hates it when I work from home and If you don’t mask – you don’t get and also made a significant contribution by fundraising for the NHS. His painting Game Changer sold for £16.8 million in March 2021, with proceeds going to support the wellbeing of staff and patients at NHS University Southampton Hospital.

Read more about Banksy and the charities he supports in 10 times Banksy has done something for charity. 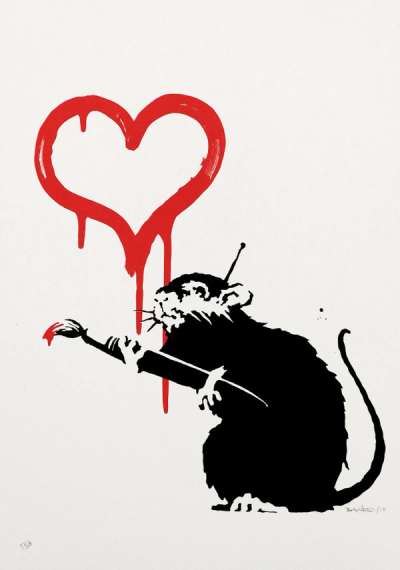 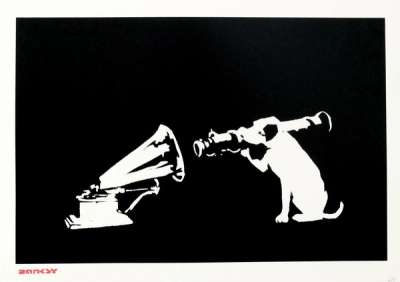 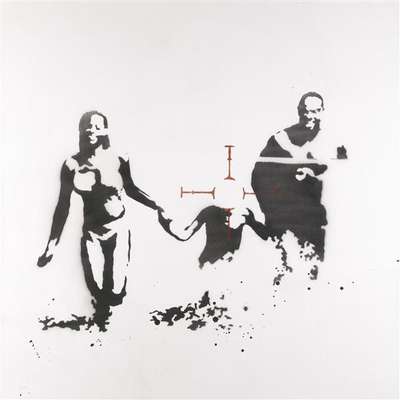 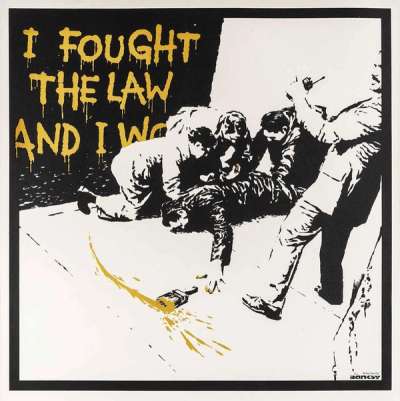 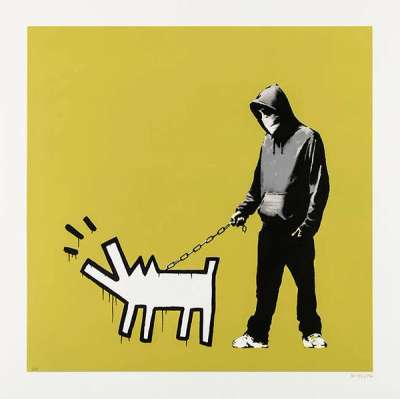 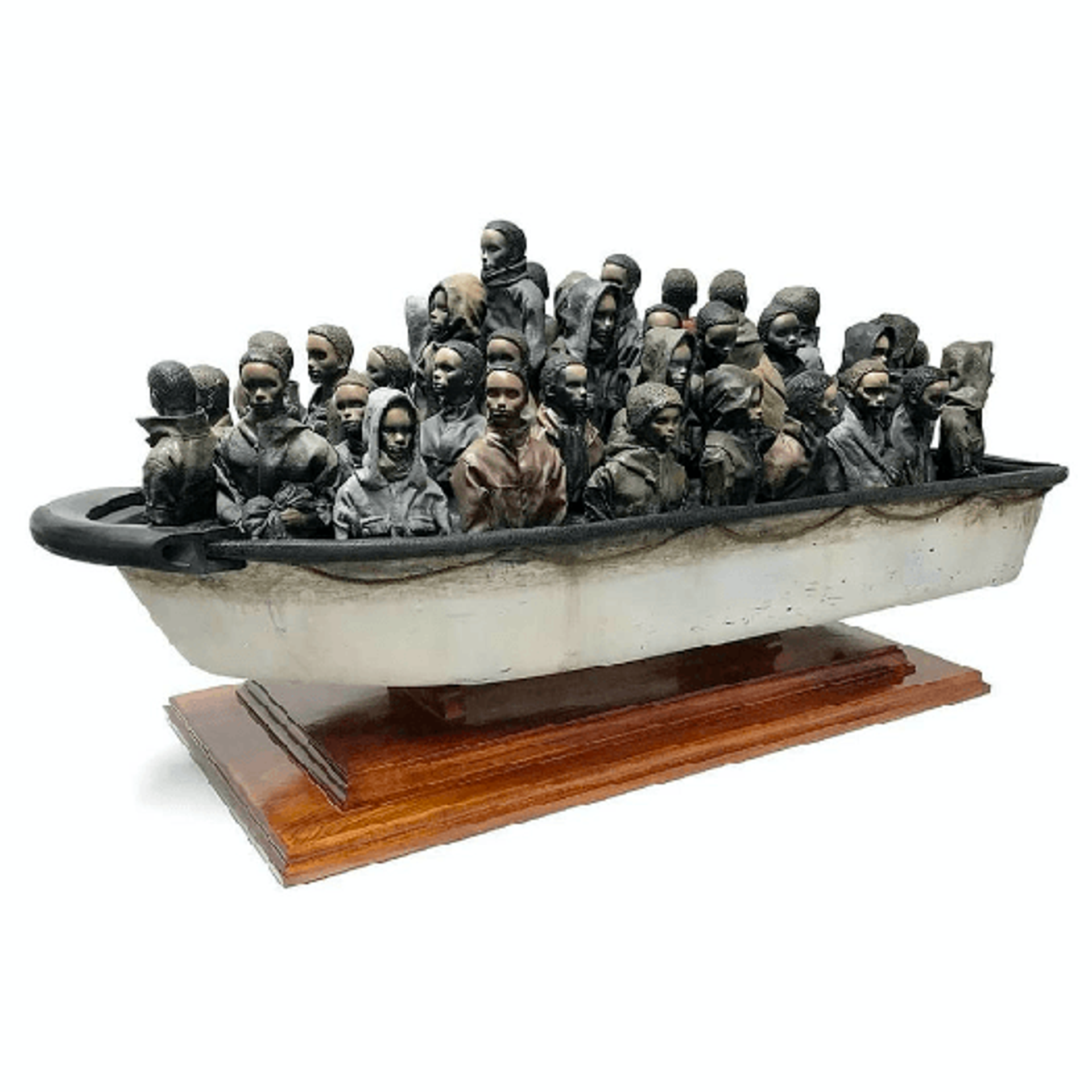 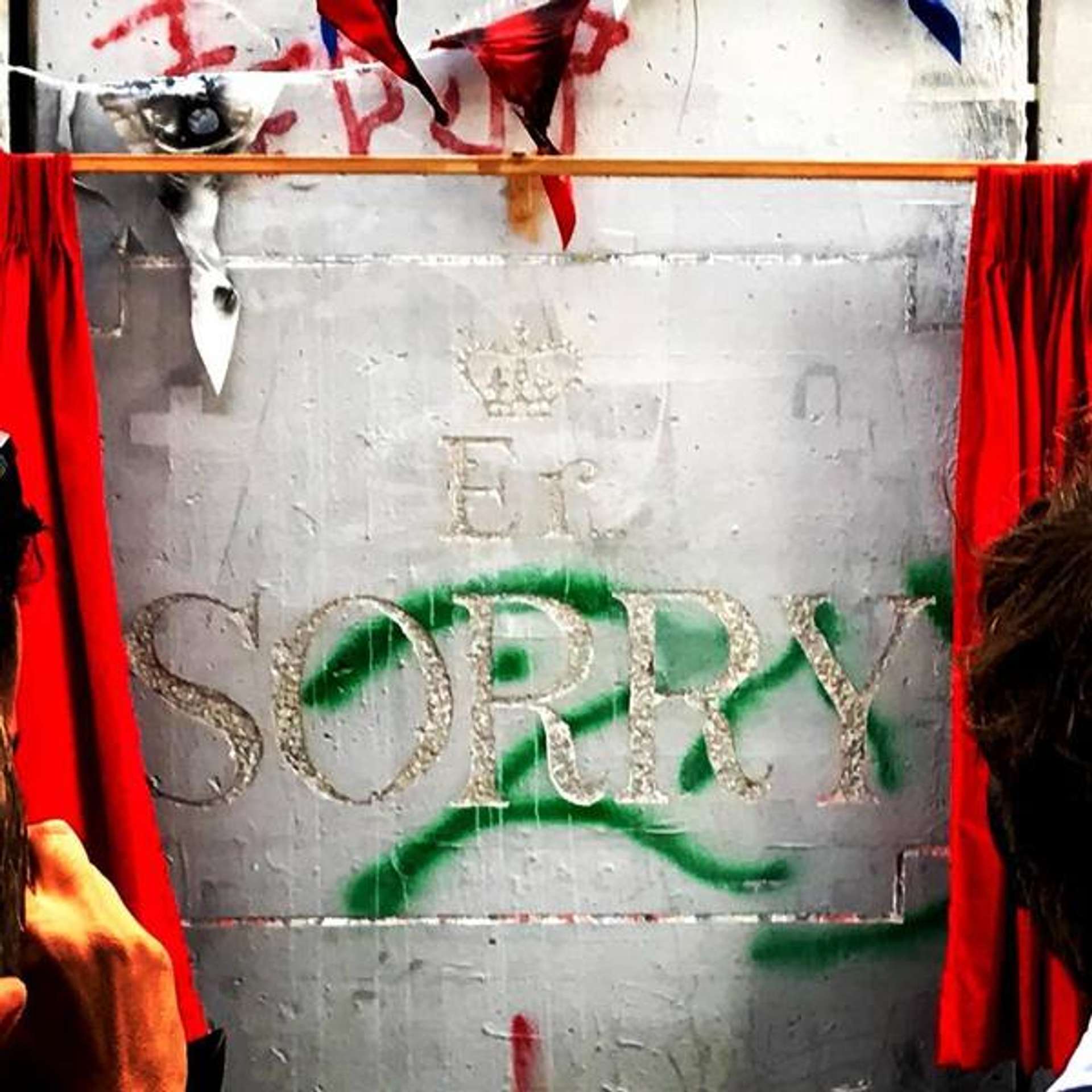 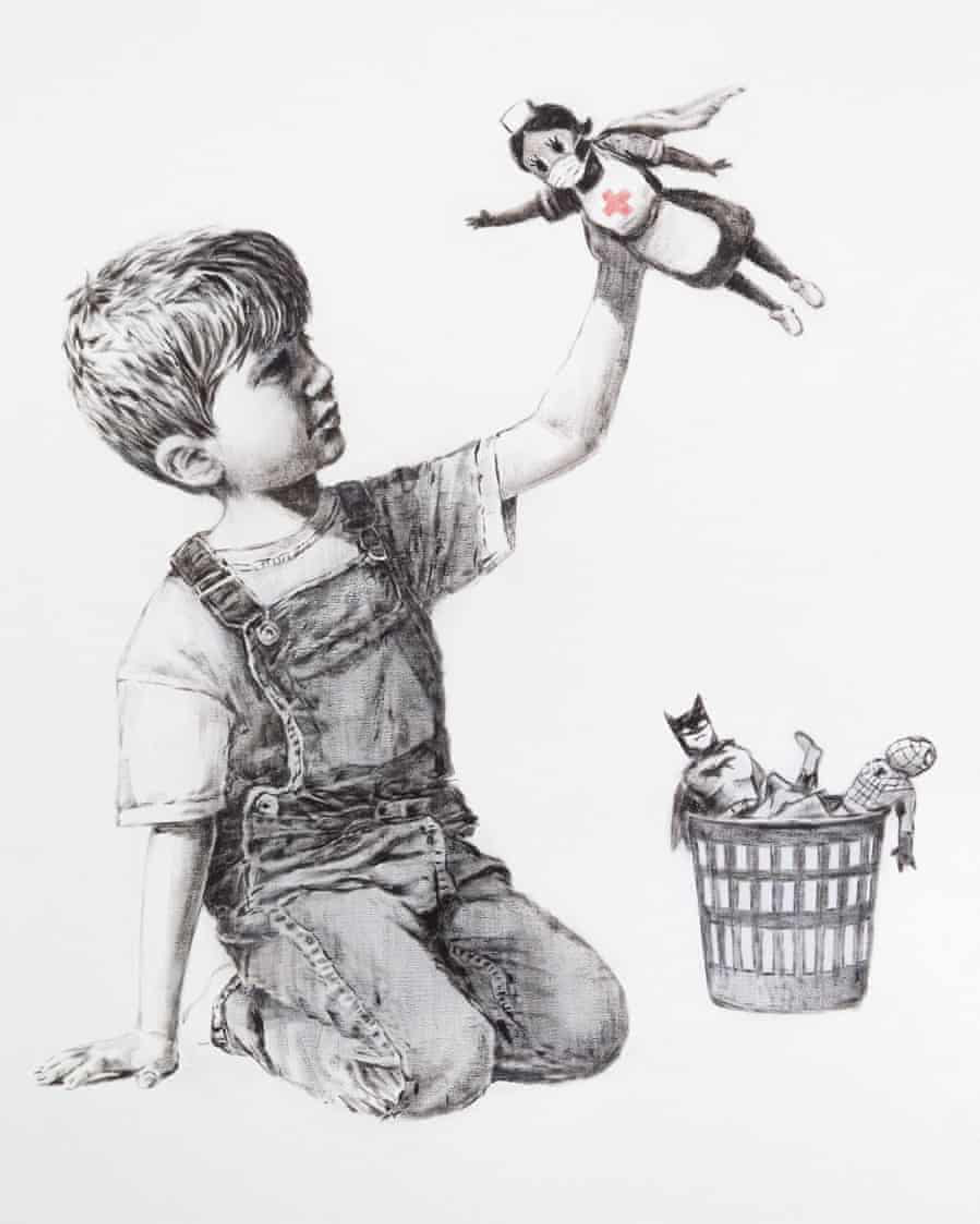 On the one-year anniversary of the UK’s first national lockdown, Banksy’s painting Game Changer, a touching tribute to key workers, sold for £16.8million with proceeds going to support the NHS chariti... 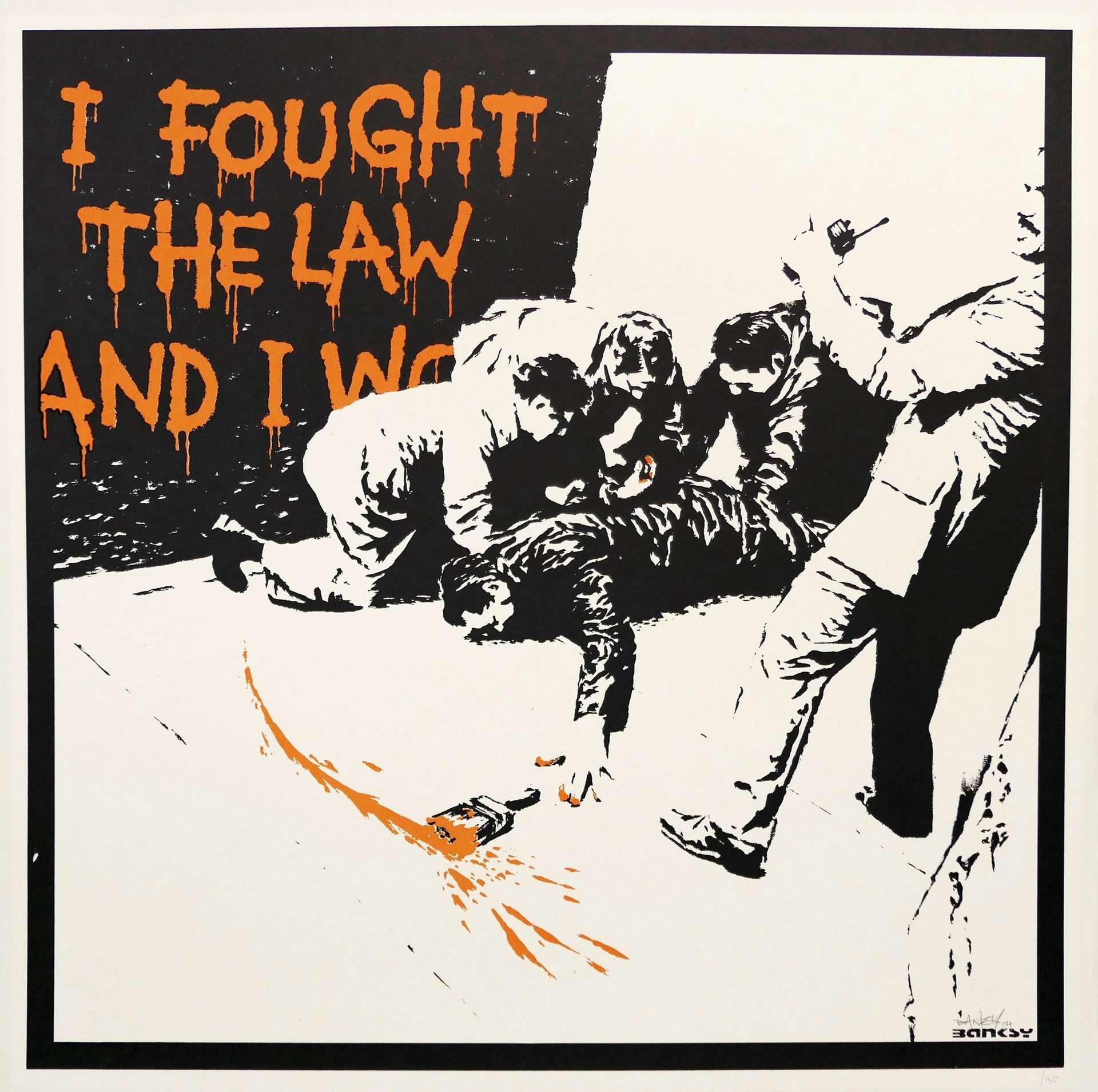