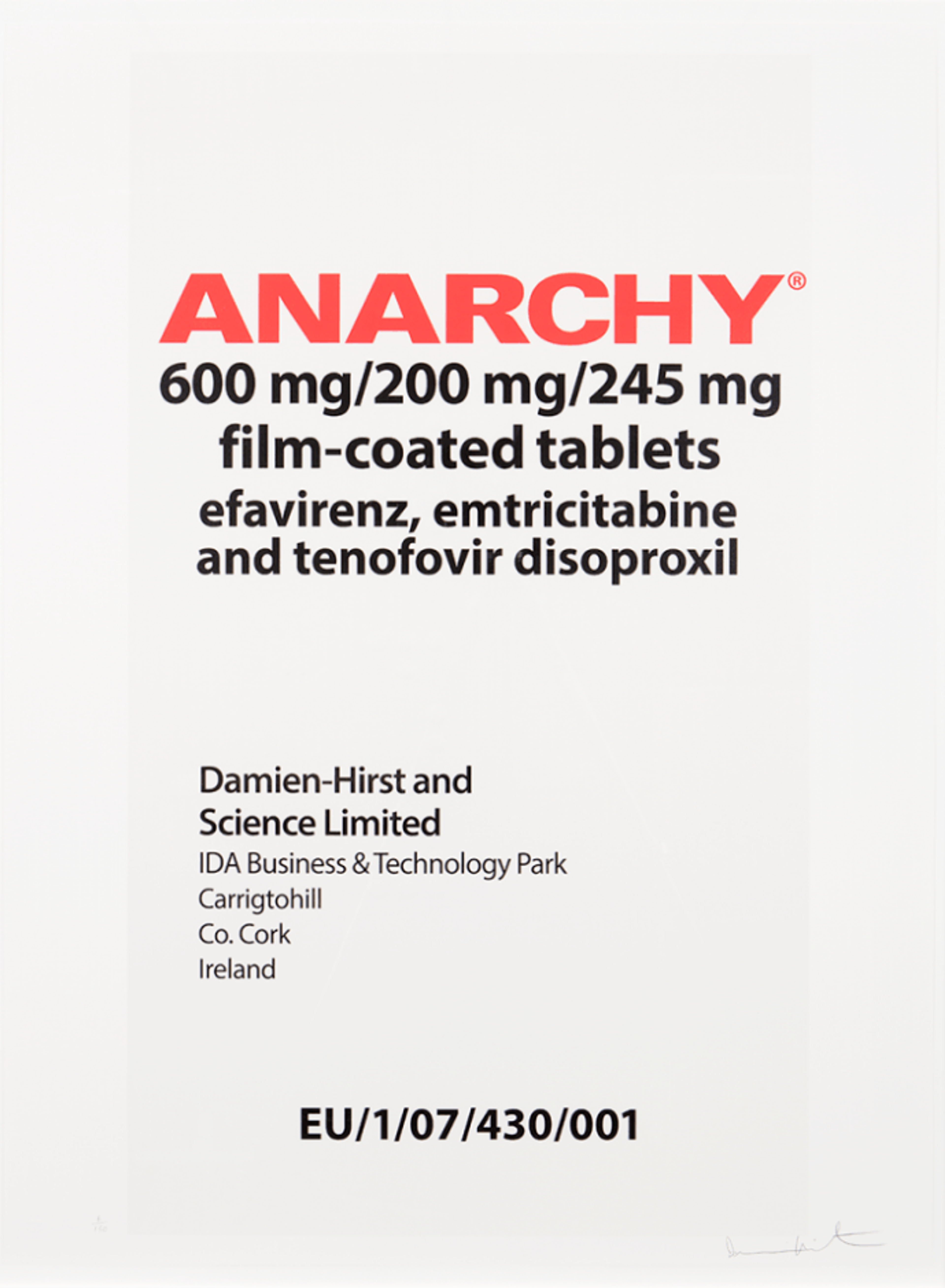 Anarchy is a silkscreen print by renowned contemporary artist, Damien Hirst. Produced in 2017, the print depicts the packaging of a pharmaceutical product. The tablet’s name has been replaced with the word ‘anarchy’ in bold, red capital letters. Below the product name, Hirst gives scientific details of the tablet’s contents, merging art with science in this print. The scientific precision of the tablet aligns with the meticulous composition and reproduction of the prints.

Anarchy is one of twelve silkscreen prints that compose the Eat the Rich series. In this series, Hirst depicts pharmaceutical packaging. The artist, however, replaces the tablets’ brand name with a word implying violence, force or aggression, as is seen in this print with the word ‘Anarchy’. Other examples from the series are words such as ‘Riot’, ‘Attack’ and ‘Clash’. In this series, Hirst’s fascination with pharmaceutical packaging is apparent. This interest was pursued much earlier in Hirst’s artistic career with his Medicine Cabinets series from the 1980s.

The influence of conceptual sculptors such as Sol Le Witt and Donald Judd can be seen in the minimalist design of the packaging. The understated design reflects a confidence in modern medicine and the modernist fantasy that, thanks to scientific developments, everyone and everything can be cured.