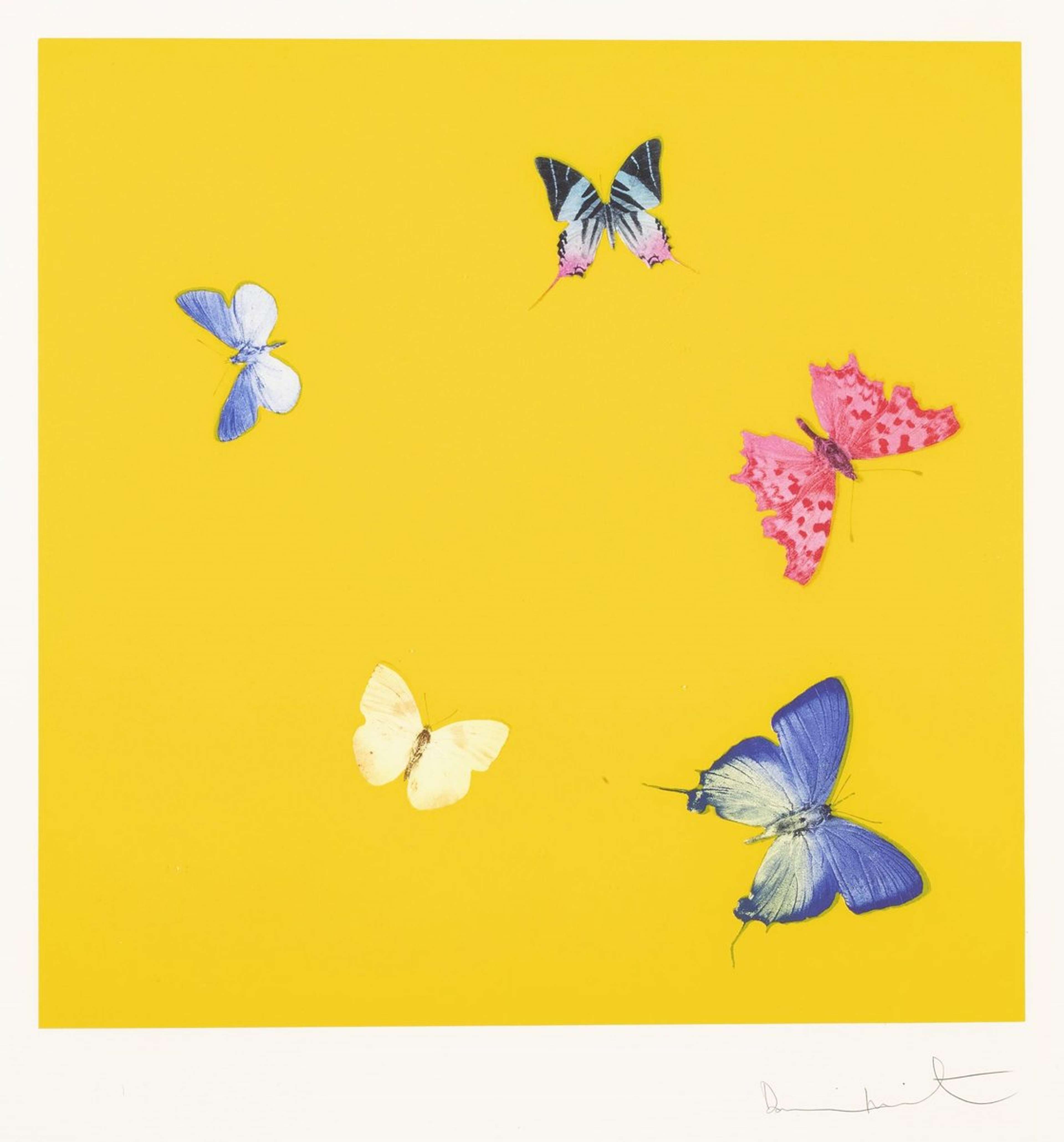 Sweet Disorder is an intaglio print from Damien Hirst’s Love Poems series from 2015. The print shows five butterflies depicted in exquisite detail, each with a unique pattern on their wings. Set against a sunny yellow backdrop of block colour, the butterflies too stand out rendered in saturated colours like blue and pink.

The butterfly motif has been used by Hirst throughout his career in the appearance of life that the insects retain in death. Indeed, this series is reminiscent of his series of paintings entitled The Four Elements (Who’s Afraid of Red, Yellow, Green and Blue) from 2005. These earlier works were the first example of the artist’s use of painted butterflies which were to become one of his most recognisable symbols of his career. Speaking of his obsession with butterflies Hirst has explained, “I think rather than be personal you have to find universal triggers: everyone’s frightened of glass, everyone’s frightened of sharks, everyone loves butterflies.”

The Love Poems series emanates happiness, vibrance and joy as a celebration of the circle of life, colour and love. Blue and pink patterns on the insect’s wings contrast to the bright yellow background to create an eye-catching and aesthetically pleasing print.