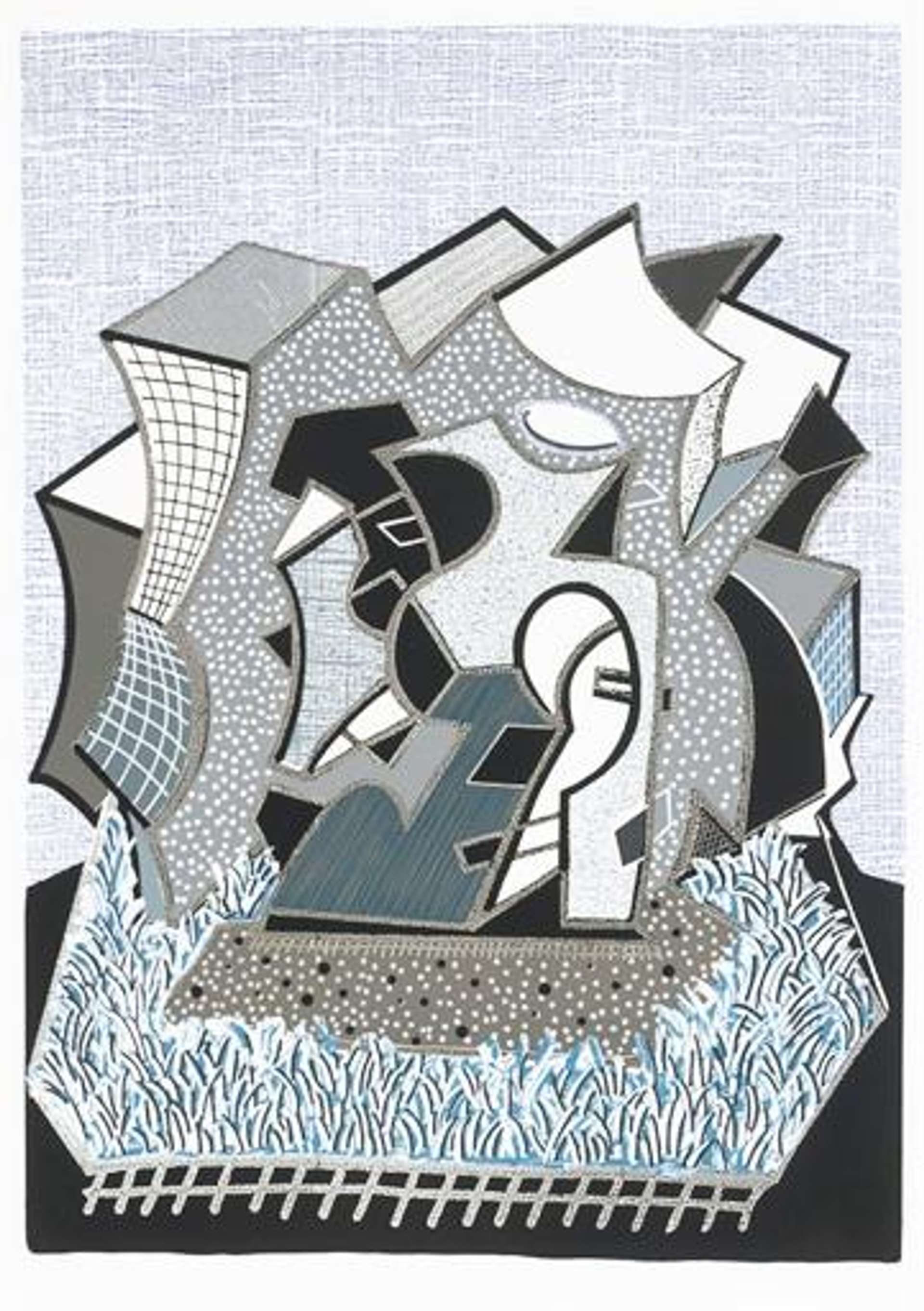 Eine (First Part) is a lithograph in colours executed in 1991 in an edition of 35, executed by the much loved British artist David Hockney, and is one in a series of three prints.

Eine (First Part) is the first in a series of three prints entitled Eine, Deux, Très. In this first installment, the composition echoes that of the two succeeding prints, yet the colour combination varies, altering the sense of volume and space in comparison to the other two artworks. Here, a colour palette of blue and grey tones has been chosen, with black planes adding depth and contrast to the composition. Various patterns such as cross-hatching and dots add textural depth, as well as a section of blue and black grass in the lower third of the composition. Eine (First Part) is a radical departure from a typical Hockney landscape, full of vibrancy and fecund, green plants. Yet, if anything, this series is testament to his limitless artistic ability and demonstrates Hockney’s continual desire to experiment and push the bounds of his own artistic practice, which has continued throughout his career and made itself manifest in the artist’s most recent Digital Drawings series, executed on his iPad. Hockney takes the natural world as the starting point for his inspiration behind Eine (First Part), yet this is buried beneath a layer of rigid, geometric forms; a lake and river reduced to hard-edged shapes. 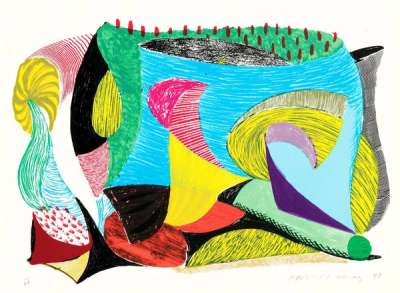