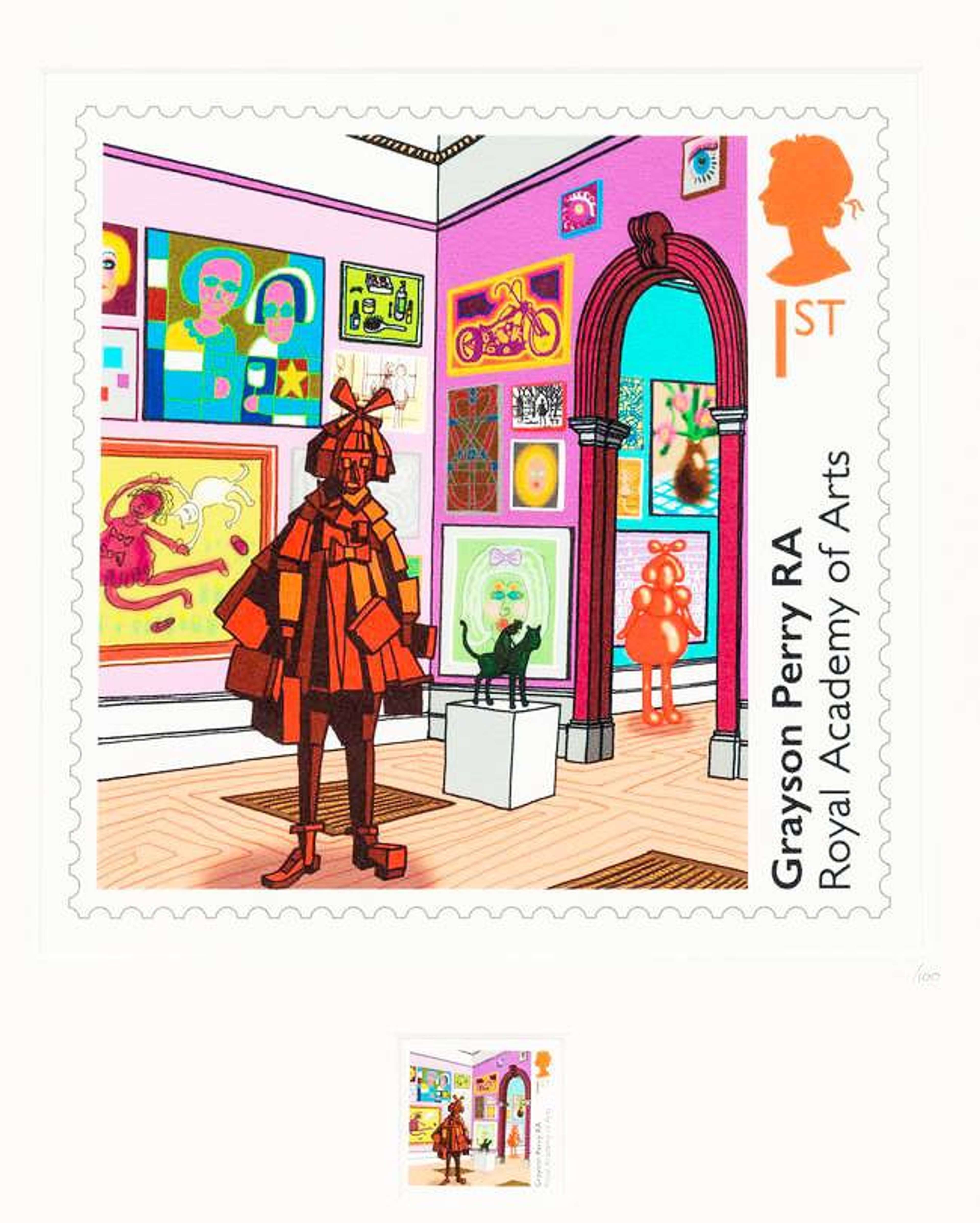 This signed lithograph from 2018 is a limited edition of 100 from Grayson Perry’s Summer Exhibition series. It presents an overview of the show that the artist curated for the Royal Academy of London in 2018, on the occasion of its 250th anniversary.

Present in any collector’s social calendar, the RA’s Summer Exhibition is held yearly in the London landmark to raise money for the RA’s non-profit-making activities. Each year, the curation of the event is allocated to a world-renown artist and Academician. In 2018, the Royal Academy celebrated its 250th anniversary, and for the special occasion asked Perry, who had been a Royal Academician since 2011, to organise the show, handpicking over 1300 works. The artist thus became in charge of curating what has come down to criticism as the “biggest, brightest and most colourful Summer Exhibition yet”. The tone of the exhibition was at the same time celebratory and engaged. The relevancy of the theme, art and politics, explored in Perry’s Selfie With Political Cause and in the works of Paula Rego, Banksy and David Hockney, was paired and balanced with bright tones and vivid nuances, which reflected Perry’s own distinctive and unique style, at once aesthetically overwhelming and socially committed.

In the lithograph, Perry’s love for colours is evident through the pink and blue walls and through the juxtaposition of fictional artworks evoking pieces made by the artist, while a cast of Perry’s female alter-ego, Claire, dominates the composition and celebrates the artist’s accomplishment.