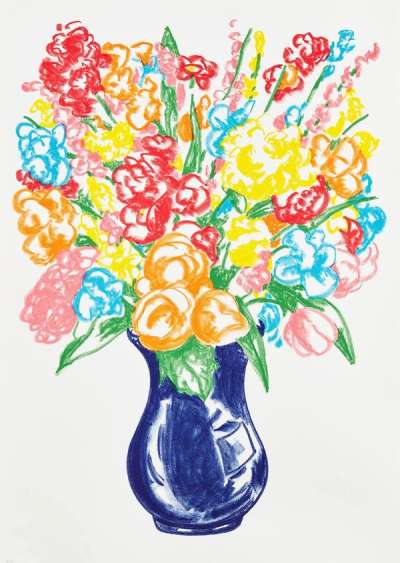 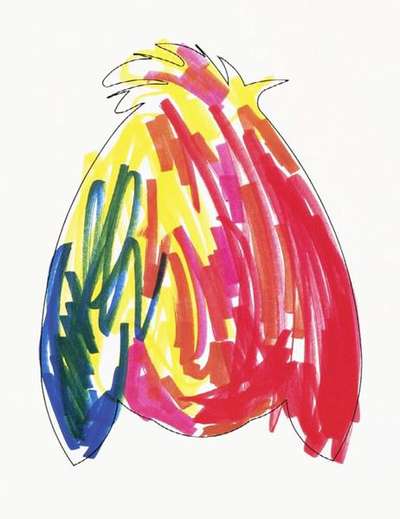 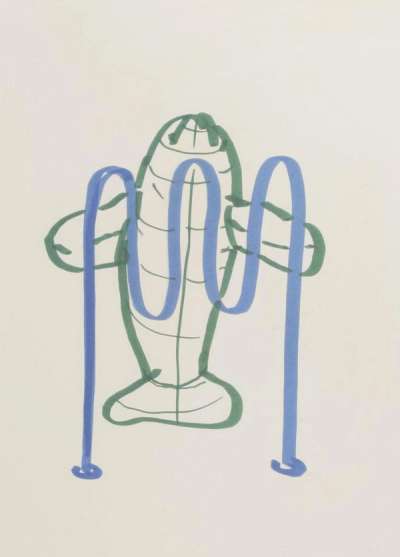 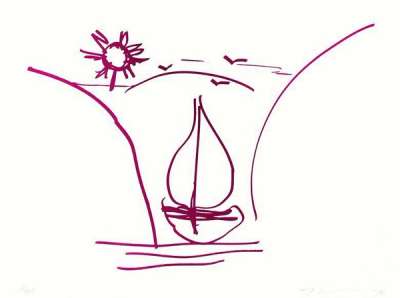 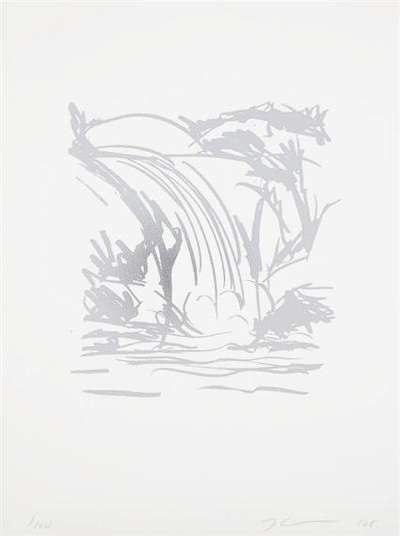 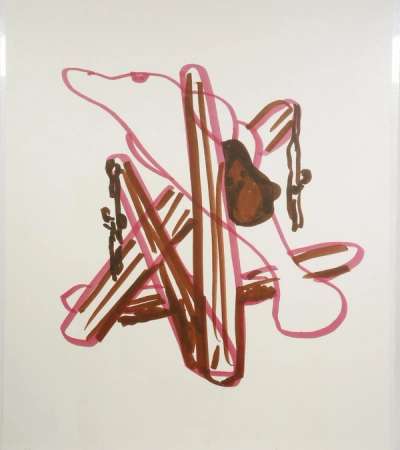 This series comprises several drawings by controversial American artist and king of self-promotion, Jeff Koons. Although well-known for his sculptural works, which often engage in a tongue-in-cheek repurposing of everyday objects – a now-common artistic practice first made famous by French artist Marcel Duchamp and his ‘readymade’ works of the early 20th century – Koons has often used drawing as a means to articulate his artistic ideas. Commenting on his drawings, Koons has said, “I like my drawings to be direct. I don’t generally work on them for too long, but that doesn’t mean that they are not works in their own right. I might sketch an idea for a sculpture, like this one, or a painting, and the sculpture or painting themselves might take a few years to be completed, but those initial drawings are complete. They have a certain openness.”

In the Drawings series, we are made to play witness to the genesis of some of Koons’ larger and eminently recognisable sculptural works. Dolphin (bicycle rack) (2006) and Dolphin (saddle) (2009), for example, appear to be preliminary sketches for a number of works constructed in polychromed aluminium, galvanised steel, and stainless steel, which Koons produced during the early part of the 2000s. Belonging to the so-called ‘Popeye’ series, many of these works, including Bicycle Rack (2003-2013), Dolphin (2002), Dolphin Taz Trashcan (2007-2011), and Dolphin (2007-2013) reconstruct the malleable textures of inflatable toys in metallic media. Imbued with an illusory plasticity, these pieces are a central example of the type of audience reaction Koons wishes his works to elicit: much like the sculptures shown at the 1988 Banality exhibition, they offer a preliminary impression of the quotidian which, upon closer viewing, is destroyed by apparently tongue-in-cheek detailing.

Donkey (coloured) (1999) references a recurring motif of Koons’s 1999 works: ‘Eeyore’ from A.A. Milne’s ‘Winnie the Pooh’ children’s novels. Referencing illustrator Stephen Slesinger’s 1960s adaptations of E.H. Shepard’s original character illustrations, this piece parodies the ubiquity – and banality – of the Disney Corporation’s brightly-coloured iconographies, which continue to saturate mass cultural markets even today. Taking the outline of Eeyore’s head as a point of departure, Koons fills it with scrawls of garish marker pen, creating an icon of ‘high culture’ out of an otherwise simplistic and ubiquitous children’s cartoon.

Unlike the rest of the works in this assemblage of Koons’s drawings, Flowers (2012), Untitled (antiquity drawing) (2012), and Untitled (waterfall drawing) (2008) are exactly that: drawings for drawing’s sake. Whilst Flowers (2012) bears some resemblance to a 1991 wood sculpture, entitled Large Vase Of Flowers, these pieces are a rare insight into Koons’s experimentations with a simple media with which he is not often associated: his own hand. Often regarded the foremost disciple of the father of Pop Art, Andy Warhol, Koons often employs expert craftspeople or his large team of studio assistants to create artworks for him. In a similar vein to his personal friend, British artist Damien Hirst, Koons has worked according to a ‘paint-by-numbers’ technique which has seen a vast number of assistants adhere to a strict taxonomy of colour, chosen by Koons himself, when producing works on his behalf.